The feel-good underdog story of the first American swimmer to win Olympic gold, set against the turbulent rebirth of the modern Games, that “bring[s] to life an inspiring figure and illuminate[s] an overlooked chapter in America’s sports history” (The Wall Street Journal)

“Once or twice in a decade, one of these stories . . . like Laura Hildebrand’s Unbroken [or] Daniel Brown’s The Boys in the Boat . . . captures the imagination of the public. . . . Add The Watermen by Michael Loynd to this illustrious list.”—Swimming World

In the early twentieth century, few Americans knew how to swim, and swimming as a competitive sport was almost unheard of. That is, until Charles Daniels took to the water.

On the surface, young Charles had it all: high-society parents, a place at an exclusive New York City prep school, summer vacations in the Adirondacks. But the scrawny teenager suffered from extreme anxiety thanks to a sadistic father who mired the family in bankruptcy and scandal before abandoning Charles and his mother altogether. Charles’s only source of joy was swimming. But with no one to teach him, he struggled with technique—until he caught the eye of two immigrant coaches hell-bent on building a U.S. swim program that could rival the British Empire’s seventy-year domination of the sport.

Interwoven with the story of Charles’s efforts to overcome his family’s disgrace is the compelling history of the struggle to establish the modern Olympics in an era when competitive sports were still in their infancy. When the powerful British Empire finally legitimized the Games by hosting the fourth Olympiad in 1908, Charles’s hard-fought rise climaxed in a gold-medal race where British judges prepared a trap to ensure the American upstart’s defeat.

Set in the early days of a rapidly changing twentieth century, The Watermen—a term used at the time to describe men skilled in water sports—tells an engrossing story of grit, of the growth of a major new sport in which Americans would prevail, and of a young man’s determination to excel.

An excerpt from The Watermen

The path that led Charles Daniels to the water that day was a long, hard, thorny bushwhack that he should never have survived.

Some said it started with a handful of misfits at the New York Athletic Club fantasizing about defeating the unbeatable British Empire. Others claimed it began with a mother and son fighting to keep each other from financial and social ruin.

Charles never forgot the first time he saw the word that would become his destiny. It was a cool April morning in 1896. He was eleven, inhaling the sweet smell of newsprint and fresh ink. Under the yellow hue of his apartment’s gaslights and chandeliers, he sat in a spot where he often lost himself in reports of athletic triumphs. Out of New York’s fifteen daily English-language newspapers, sports aficionados like Charley preferred William Randolph Hearst’s Journal because, unlike other papers that lumped news together like goulash, it introduced the then revolutionary concept of a section dedicated entirely to sports.

Charley flipped through those pages, combing through every article about athletic contests. There was one on Harvard’s track men fighting through back-to-back defeats against Princeton and Columbia. Another about Yale’s oarsmen training for the Grand Challenge Cup of the prestigious fifty-seventh Henley Royal Regatta in London, which no American team had ever won. The Brooklyn Bridegrooms were preparing to kick off the professional baseball season in front of thousands of anticipated fans in the wooden bleachers at Eastern Park. And then, near an ad claiming any person was behind the times if they did not join New York City’s fifteen thousand other telephone subscribers, appeared an utterly foreign headline: “The Olympic Games.”

Like most people at the time, Charley had never heard of an Olympian. The sound of trolley cars, horse carriages, and pedestrians below the apartment window faded as he read on. The short article described a seemingly mythical stadium in Athens with a mind-boggling fifty thousand gleaming white marble seats that stretched beautifully to the sky, with fifty thousand more spectators sitting on a hillside overlooking the venue’s basin. The image seemed lifted straight from Greek myth.

The concept of a stadium had been lost to history. Not since the last ancient stadiums of the Greek and Roman empires crumbled to ruin had the world known such a breathtaking athletic arena. Accounts of Rome’s unmatched 200,000-seat Circus Maximus or Greece’s 50,000-seat stadium at Olympia had been reduced to legend. Only the bones of Rome’s Colosseum still bore proof that such colossi once existed on Earth, compared with the day’s uninspiring wooden grandstands that held several thousand bodies. Yet, halfway across the world, these new Olympic Games had inspired the Greeks to restore the ruins of Athens’s ancient venue to its former glory.

The fourteen brave young warriors from Princeton University and Boston who had stepped into this gladiatorial arena were not the top college stars whom Charley regularly read about in the paper. He discovered that, strangely, the world’s best athletes had not participated. There were several reasons for this. As a practical matter, most of the top amateur athletes could afford neither the time nor the expense to travel abroad. There was no precedent for raising money for such a venture. There were no uniform international rules to govern such competitions. And other than the Americans, Germans, and subjects of the British Empire, most of the world showed little enthusiasm for sports and no enthusiasm for international competition.

The powerful amateur athletic unions of the British Empire and America thought the very concept of international play suspicious and refused to support such a boondoggle. Of the 74 foreign athletes who traveled to compete that year with the 167 Greeks in the first modern Olympic Games, most had self-selected themselves. In America’s case, the biggest criterion for participating was the financial means to make the twelve-day journey by ship and, of course, knowing the Games existed in the first place. The wealthy college boys who went on a lark, seeing it as an amusing jaunt on their European spring vacation, won a surprising nine of the twelve track-and-field events. In the Games’ opening contest, a triple jumper from Harvard became the first Olympic champion in more than fifteen hundred years. The Americans’ eleven total first-place medals surpassed even the host nation’s ten victories, stunning the Greeks. Only the lone American swimmer was badly outclassed during a three-quarter-mile race back to shore in the freezing Greek sea that turned into a harrowing, hypothermic ordeal, with waves six feet high. The winning Hungarian swimmer later said, “My will to live completely overcame my desire to win.”

Each victor’s prize was much greater than simply the thrill of meeting a real-life king. While the Greek monarch awarded each first-place champion a wreath of wild olive branches made from the trees of Olympia, a diploma, and a silver medal, with second place receiving copper (there was no prize for third), these prizes too were nothing compared with looking up at more than 100,000 Greeks seated within the stadium and on the overlooking hillside, while thunderous applause reverberated deep within the victor’s soul. That was the true reward. In more than a thousand years, only kings had experienced such adulation. The medals were mere tokens of that fleeting instant when each man felt like a god.

These first modern Olympic Games made little impact on the sporting world beyond those 100,000 Greek spectators, but Charley never forgot about them. Like all boys who daydream about scoring the game-winning point, the undersized Charley marveled at the notion of standing triumphantly before throngs of cheering fans. He wondered if he had what it took to become an Olympic champion.

New York society would later wonder how the Daniels family became such a cautionary tale of disgrace and ruin. They came from “good stock.” Charley’s illustrious paternal grandfather served an exemplary twenty-eight years on the New York Supreme Court and two terms as a U.S. congressman and established the University at Buffalo Law School, becoming its first dean. Charley’s maternal grandfather founded the most successful department store in Buffalo. His maternal grandmother was the grandniece of the legendary Massachusetts senator Daniel Webster, who would have been president, the family long held, if he could have laid off the booze.

The Danielses hailed from one of the wealthiest per capita societies in the country. While New York City claimed 352 millionaires, their much smaller hometown of Buffalo claimed as many as 60. Nestled on Lake Erie’s easternmost shore, the cozy town had flourished as a major shipping port ever since the 1825 opening of the Erie Canal. Buffalo’s Delaware Avenue was one of the most illustrious addresses in America. Nowhere was the Gilded Age on fuller display than in the massive mansions along this wide tree-lined thoroughfare, dubbed Millionaires’ Row. Two of the avenue’s most famous residents were Millard Fillmore, thirteenth president of the United States, and America’s legendary humorist Mark Twain, who lived for a brief stint at 472 Delaware while working as the editor and co-owner of The Buffalo Express. Twain’s wealthy father-in-law had acquired the home as a surprise wedding present in 1870, and it was said that Twain hung a plaque on the front door that read, “Mark Twain lives here, and his father-in-law pays the rent.” Even the world’s first superstar athlete, the English swimmer Matthew Webb, the only man at the time to have swum the English Channel, paid a visit to the great city of Buffalo in July 1883 to attempt another impossible aquatic feat—crossing the deadly Whirlpool Rapids below Niagara Falls. This time luck was not on Webb’s side, and he perished beneath the roiling waves.

Glamour and prominence abounded in this special nook that one resident described as exuding “a wild, sweet, enthralling zestfulness” and where everybody knew everybody else, as well as all there was to know about everyone else. The wealthy residents employed plenty of live-in help, usually Irish or German girls, along with a coachman and his family, who lived in the carriage house in back. The well-off shopped at the same fashionable stores, attended the same private clubs, worshipped at one of the many corner churches whose towering spires marked the Delaware Avenue skyline. Their children played together and attended the city’s private prep schools and finishing schools, and all ages intermingled at polo matches, boating on Lake Erie, winter sleigh rides, and the extravagant seasonal balls and abundant dinner parties. Their sons attended Ivy League colleges or went straight to work in a thriving family business, while their daughters prepared for their coming-out parties at age nineteen, and most of these promising young adults aspired to one day live, work, and raise their own children in this comfortable world. 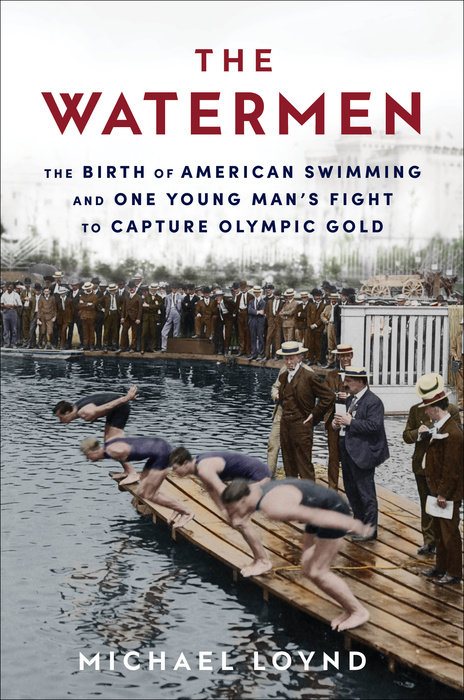