The thrilling second novel of an all-new fantasy series from the legendary author behind the Shannara saga, about a human girl adapting to her place in a magical world she’s only recently discovered

It’s been two years since Auris escaped from the sinister Goblin prison and learned of her heritage as one of the Fae. She is now happily partnered with her Fae lover, Harrow, and deeply bonded with her new family. All seems to be going perfectly—until, surprisingly, the Goblin attacks begin again. Someone, it seems, has not forgotten that Auris exists and seems determined to retrieve her . . . but who? And why?

As Auris begins to dig deeper into the mystery, old friends and new enemies appear, and she starts to realize that her still-shrouded past must contain the answers she needs. But even Auris does not suspect how far down the rabbit hole she is about to go, until Harrow is taken and an impossible ransom demand is issued. With two new companions at her side, Auris must attempt to unlock the remaining secrets of her past. For if she cannot, she will never see Harrow alive again.

An excerpt from Daughter of Darkness

The Goblins come for us in the early-morning hours, the heavy cloud cover blocking both moon and stars, rendering them all but invisible. The ertl warns us, its piercing chirp waking us instantly. Harrow and I, lying next to each other in bed, roll out and stand silently facing each other.

Goblins, again. At first it was a surprise; now it is business as usual. You would think we would be done with Goblin intrusions. We thought we had sent the last of them packing almost two years ago—just before the Human invasion led by my father. The invasion that my mother put an end to. Yet here they are, returned once more. Five times in two months.

It was frightening in my early days in Viridian Deep; now it is mostly an annoyance. We don’t even know what they are trying to do or what they want. It was me they wanted in the old days. They came for me twice then—sent once by my mother and once by my father. But that is the distant past. My birth parents are both dead, and there were no Goblin threats after.

Until now, when suddenly they’ve started up again.

But why? What is the point of coming after us now? Who is responsible for these most recent intrusions?

The front door creaks slightly as it opens—something Harrow engineered to give us warning after the first two nighttime visits. The ertl is a further safeguard, and a more reliable one. You can sleep through the creaking of a door, but you cannot sleep through the chirp of an ertl.

The ertl is a forest bird, but it can be domesticated and trained to perform simple functions. This, as it happens, is one of Harrow’s specialties. It took him less than two weeks to turn the ertl into an early warning system, and it has paid off. We now keep the bird caged in the house each night, and three times has it alerted us to these Goblin attacks—including tonight’s. Goblins have been enemies of the Sylvans since forever, and Harrow and I know them well.

Though perhaps I know them better, for I did spend five years in a Goblin prison.

We creep over to our closed bedroom door and stand waiting patiently. We have trained rigorously for moments like these. We know without any communication what we need to do. The front door closes and soft, cautious footsteps approach our hiding place. They must believe we are sleeping. You would think they might have learned better by now.

I look over at Harrow. His deep-green skin is striped with shadows, and the tiny leaves that grow in his hair are rumpled as if knocked about by a strong wind. Rats’ nest. I mouth the words so he can read them on my lips, remembering the term from my time in the Goblin prison. He touches his hair in response and then points to my head. I reach up to find my leafy locks as tousled as his. The momentary look he gives me is one of irritation. His patience with these invasions is at an end. I nod my understanding. Another day, another infestation of Goblins.

We considered moving to a different residence to discourage these incursions, but this has been my home since the first day Harrow found me in the wastelands—an almost twenty-year-old girl who had managed to survive for twelve days with almost no food or water. It was Harrow who first told me of the existence of the Fae and suggested that I might be one of them—even though I did not look it. It was Harrow who later took me back to the Human world and the city of Harbor’s End to find out the truth—a truth so horrendous that it nearly destroyed any hopes we harbored for a life together.

But love endures. We loved each other then and we do so now, and we remain committed to the promise we made when we partnered: that this would never change.

Still, so much of my past remains a mystery, so much of who I was before my time in the prisons a dark vacancy in my mind. No amount of effort to discover the truth has uncovered my past; the long stretch between what little I remember of my childhood and my incarceration is a deep empty hole in my life. I have promised myself I will find all that is missing from my memory, but to date I have discovered so little.

And that will not change today.

I focus on Harrow as the footsteps stop at our doorway, and he smiles in quick reassurance. We have been here before. We have survived worse.

The door bursts open, practically ripped from its hinges, and the Goblins surge in. The foremost pair carry nets with which to snare and bind us so we cannot use our weapons, should we have one or two close at hand. Five times they have come at us this way, and they still don’t get it. Regular weapons are unnecessary. We have our inish and we carry that inside us—always at the ready, always just a second’s thought away from surfacing. In this case it doesn’t take even that long, since we already hold it at our fingertips.

The two that follow the net bearers wield blades and axes. They are so certain of themselves, these Goblin intruders, that they exercise little caution. They look neither left nor right, but straight toward the empty bed before they realize the truth. And by then it is too late. Harrow and I have used our inish to propel the rear goblins violently ahead into their companions, so that all four are knocked off balance. By that time Harrow and I are out the bedroom door behind them and charging down the hallway. The front door stands open, and we rush through into the open air.

Here, atop the second level of the tree lane on which our cottage sits—not much more than fifty feet from Ancrow’s house where Ronden now lives with her sisters Ramey and Char—we turn to fight.

It is a deliberate choice, made shortly after the last bunch of Goblins tried to catch us off guard. Why wreck our bedroom when we can deal with the matter outside? Plus, there is more space to maneuver out here, with less chance of being cornered by cottage walls. Not to mention the possibility of someone from the nearby houses coming to our aid. Not that we can’t handle four Goblins easily enough, but with hand-to-hand combat, there is always the risk of something going wrong.

Not that it seems likely to now. The furious Goblins burst back out through the front door and come for us, a disorganized melee armed with nets and blades, but they never get close. Using a combined web of inish we have practiced assembling and casting, Harrow and I scoop the Goblins up and throw them screaming off the elevated walkway. They continue to scream as they tumble away. It is almost a hundred feet to the ground below. When they land, the screams stop.

Maybe I should care about the damage I’ve inflicted—maybe I should feel remorse or regret—but I don’t. I am sick and tired of being hunted, and of the Goblins, both.

But when I turn to Harrow, I find his attention fixed on something else, and I regret my earlier confidence.

Not a dozen feet away stands an armored giant.

This is no exaggeration. The giant is eight feet tall and broad across the shoulders and chest, with huge arms and tree-trunk legs. It is encased in metal—and I’m not talking just armor plating. No, what covers this beast is more on the order of a second skin—a formfitting, flexible coating that I can tell would shimmer and reflect in the light. I have never seen anything like it. If this being has a face, I cannot tell. A helmet encases its head, hiding its features entirely. Black light flickers from behind an opaque faceplate, as if something liquid is contained within.

Strangely, it carries no weapons. Its arms hang loose; its hands are empty. There are no blades strapped to its body. But its size alone is intimidating, so I suppose that makes some sense. What does something this large need with weapons?

Harrow and I exchange a look. The giant has squared off with him, meaning Harrow is the one it thinks the more dangerous. Little does it know. If we have to fight, I will change its mind quickly enough.

We wait for its attack, but it just stands there. Where did it come from? I don’t remember seeing it when we rushed from the cottage. Is it allied with the Goblins? I think it must be, yet it seems not to know what it should do next.

I watch its head move slightly as its gaze travels from Harrow to me, and now I can sense it looking at me more closely. As it does, something odd happens. Almost as if it is startled, it takes a step back. I read all this from one small movement, and yet I am certain I am not mistaken.

“What do we do now?” I ask Harrow quietly.

He shakes his head, then takes a step away from me. As he does, the giant moves with him—a clear indication it will not allow us to get past. Well, at least we know one reason it is standing there. I take a step in the other direction, but the giant doesn’t respond. It has indeed chosen to focus on Harrow rather than me. I should be grateful—and I am. But I am also oddly irritated to be seen as less of a threat.

A burst of activity from Ancrow’s house catches our attention. The front door flies open and Char appears, rushing to the rescue once more. Her thick mane of leafy hair is flying out behind her as she pelts toward us with a stout cudgel in hand. I admire my little sister’s pluck, but despair at her lack of caution. Once before, when I first came to Viridian Deep, she charged to my rescue in a foolish display of bravado and love. That time I was able to save her. This time I don’t know if I will be. 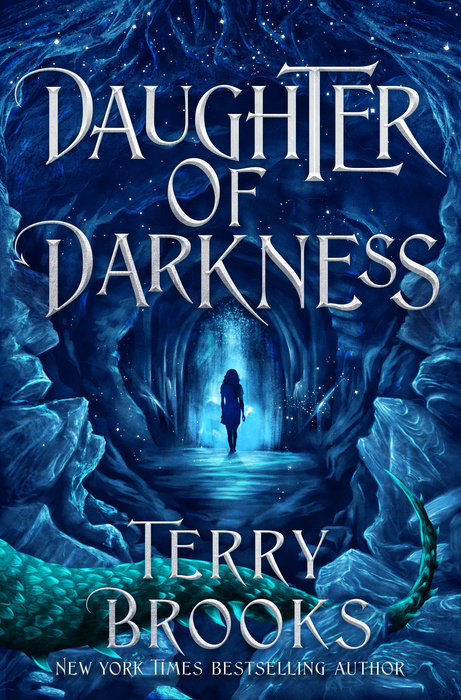