The amateur DNA sleuth who cracked the most infamous cold case in American history―that of the Golden State Killer—tells the incredible true story of how she did it, and explains how her methods have changed the course of criminal investigations forever.

For twelve years he terrorized California, stalking victims and killing without remorse. Then he simply disappeared, for the next forty-four years, until an amateur DNA sleuth opened her laptop. In I Know Who You Are, Barbara Rae-Venter reveals how she went from researching her family history as a retiree to hunting for a notorious serial killer—and how she became the nation’s leading authority on investigative genetic genealogy, the most dazzling new crime-fighting weapon to appear in decades.

Rae-Venter leads readers on a vivid journey through the many cases she tackled, often starting with little more than a DNA sample. From the first criminal case she ever solved—uncovering the long-lost identity of a child abductee—to the heartbreaking story of the Billboard Boy, whose skeletal remains were discovered along a highway, to the search for the Golden State Killer, Rae-Venter shares haunting, often thrilling accounts of how she helped solve some of America’s most chilling cold cases in the span of just three years.

For each investigation, Rae-Venter brings readers inside her unique “grasshopper mind” as she analyzes DNA data and pores through obituaries, marriage records, and old newspaper articles. Readers join in on urgent calls with sheriffs, FBI agents, and district attorneys as she details the struggle to obtain usable crime scene DNA samples, until, finally, a critical piece of the puzzle tumbles into place.

I Know Who You Are captures both the exhilaration of the moment of discovery and the sheer depth of emotion that lingers around cold cases, informing Rae-Venter’s careful approach to her work. It is a story of relentless curiosity, of constant invention and reinvention, and of human beings striving to answer the most elemental questions about themselves: What defines identity? Where do we belong? And are we truly who we think we are?

Barbara Rae-Venter is a New Zealand–born American investigative genetic genealogist, biologist, and retired patent attorney best known for her work helping the FBI and other investigators identify Joseph James DeAngelo as the Golden State Killer. She earned a Ph.D. at the University of California at San Diego and later a law degree at the University of Texas at Austin Law School. Rae-Venter is a founder and the president of Firebird Forensics Group, a not-for-profit corporation. Her investigative work earned her a place on the Time 100 list of most influential people and she was recognized by the journal Nature as one of “10 People Who Mattered in Science in 2018.” 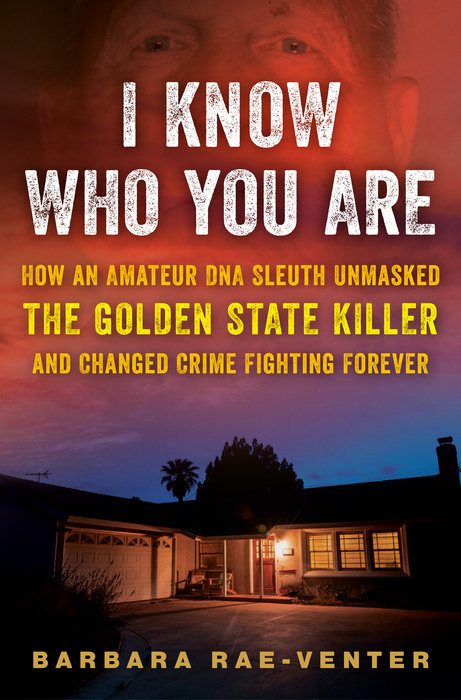