A magnificent house, vast formal gardens, a golden family that shaped California, and a colorful past filled with now-famous artists: the Gardener Estate was a twentieth-century Eden.

And now, just as the Estate is preparing to move into a new future, restoration work on some of its art digs up a grim relic of the home’s past: a human skull, hidden away for decades.

Inspector Raquel Laing has her work cut out for her. Fifty years ago, the Estate’s young heir, Rob Gardener, turned his palatial home into a counterculture commune of peace, love, and equality. But that was also a time when serial killers preyed on innocents—monsters like The Highwayman, whose case has just surged back into the public eye.

Could the skull belong to one of his victims?

To Raquel—a woman who knows all about colorful pasts—the bones clearly seem linked to The Highwayman. But as she dives into the Estate’s archives to look for signs of his presence, what she unearths begins to take on a dark reality all of its own.

Everything she finds keeps bringing her back to Rob Gardener himself. While he might be a gray-haired recluse now, back then he was a troubled young Vietnam vet whose girlfriend vanished after a midsummer festival at the Estate.

But a lot of people seem to have disappeared from the Gardener Estate that summer when the commune mysteriously fell apart: a young woman, her child, and Rob’s brother, Fort.

The pressure is on, and Raquel needs to solve this case—before The Highwayman slips away, or another Gardener vanishes.

An excerpt from Back to the Garden


The day had been going so well, until the bones turned up.

It was a Monday, for one thing. Jen liked Mondays. The Gardener Estate was closed to the public, which always made it feel more like a family home than a place of work. The staff could park where they wanted, dress for comfort, and dive into their tasks without having to dodge the cameras and the clueless. Some of them even came in early, to work up an appetite for the morning break, and at noon they sat down together for an only slightly ironic communal lunch.

This Monday was also a perfect April morning on California’s Central Coast: warm sun, blue sky, the formal gardens a mosaic of glorious color, the Great Field a sweep of brilliant seasonal green, thanks to the series of winter storms. The kind of day that tempted Jen to spurn office work and spend the morning in old jeans, allowing the real gardeners to order her around.

Except that those winter storms had created a problem.

Yes, it was great not to worry about drought for a change, to see the trees leaf out so generously and the nearby reservoir fill. Not so great was how the long months of sodden ground had toppled over three of the Estate’s oldest trees, collapsed a stretch of century-old stone retaining wall, and—this being the matter that was keeping Jen from a day of nice, mindless weeding—lent a Pisa-like tilt to the biggest and most idiosyncratic of the Estate’s outdoor statues.

Rafi, the head groundsman, had noticed the tilt back in February. It wasn’t an immediate hazard, since the statue was outside the formal gardens and easy enough to fence off, but with good weather coming on, picnickers would soon arrive, and small children whose parents ignored the no climbing signs. Normally, a repair order would have gone through, a simple matter of choosing a contractor and having the Estate’s art conservator there to supervise. But for this statue?

Manager, groundsman, and conservator, along with the hard-hatted driver of the big crane idling behind them, stood to survey the job.

“I could just finish tipping it over, so it’s not a hazard,” the driver suggested.

“Let the blackberries grow over it,” Rafi agreed. “Call it environmental art or something.”

“It is the weirdest thing on the place,” Jen admitted. Jen Bachus had been the Estate’s manager since the Trust took over, and before that, a neighbor and regular trespasser. Jen had definite opinions on the weirdnesses of the Gardener Estate—and a sixteen-foot-high, tilecovered figure with long skirts, an odd torso, and a trio of conjoined heads was a thing most visitors found unforgettable. And that was before they got to the expression on its face.

But the conservator was shaking her head. “You can’t do that. It’s a Gaddo.” Although even her voice suggested a tiny bit of agreement: Midsummer Eves was kind of creepy.

Mrs. Dalhousie, the Estate’s archivist and conservator, was only here because of the Estate’s Gaddoes. She’d retired from New York’s MOMA, moved west, and come with a ladies’ group to visit the gardens—where she was astonished to find three (possibly four) sculptures by the artist known as Gaddo, a woman famous in the seventies, notorious in the eighties, and out of fashion by the end of the nineties, when her feminist outrage was superseded by Damian Hirst’s masculine irony of rotting cows and formaldehyde sharks. There were signs that she was now, twelve years after her death, about to be rediscovered as the gynocentric precursor of bad-boy shock art.

Mrs. Dalhousie had instantly volunteered—rather, she walked in and took over. And once she’d sorted out the Gaddoes (which might include the Minoan snake-goddess figure they’d found gathering dust in the attic), she moved on to transforming the archives from a room full of memorabilia into a properly cataloged, scanned, and referenced archive of the Gardener Estate’s century-long history. Mrs. Dalhousie approached every project, be it sculpture restoration or newspaper storage, with a computer’s tireless energy, a monk’s passionate dedication, and precisely nil sense of humor.

But not even Mrs. Dalhousie could claim that Midsummer Eves was the ideal ornament for a part of the Estate given over to picnicking families and long views over rolling hills. The Eves might have two other faces, but the massive laurel hedge made it impossible to tell. For decades, this face had loomed at the top of the Great Field like an avenging goddess, baring her sharpened teeth at passersby and frightening the more sensitive children.

Were it not for the inescapable fact that its creator later became famous enough to be known by a single name, the Eves might already have been allowed to quietly deteriorate, just one more piece of pretentious hippie junk from the Estate’s commune era.

“At least it’s an early Gaddo,” Jen commented. “From her ‘Menacing Feminist’ phase rather than full-on gross-out. Unless you think the grout contains pureed placentas or ground-up human bones.”

The two men looked alarmed. Mrs. Dalhousie looked thoughtful, but only corrected Jen’s terminology. “It’s known as her ‘Sisterhood’ phase, and the dates for this would place it early on, which makes it all the more important. As for the bones in that piece you’re referring to, they were from a monkey, not a human child. At any rate, I shall be quite interested to see the other faces. Gaddo’s sketches for the piece are surprisingly fragmentary.”

“Whatever we find, this thing’s costing us a fortune, even before we look at the renovation costs and security measures. Do you think . . .” Jen fixed her eyes on the statue and tried to sound as if this was something that was just occurring to her. “I don’t suppose we’d be allowed to sell it? Like, to a museum? I suppose a private collector would pay more, but I’d rather see it in public hands. And if a museum—like MOMA—oversaw the renovations, they’d be done right. Do you think the Trust might consider letting it go?”

She could feel Mrs. Dalhousie’s gaze, drilling into the side of her face.

Mrs. D claimed that the Gaddo would generate income from art historians and selfie-seekers—eventually. Jen wasn’t sure the Estate’s bank balance would hold out long enough to see a return on expenditures. However, if they could sell the Eves, there were any number of projects that had been pending for some time . . .

But in fact, the ultimate fate of Midsummer Eves was not up to Jen, or even Mrs. Dalhousie.

“According to the Trust agreement,” Mrs. Dalhousie pointed out, “anything beyond maintenance and repairs requires Mr. Gardener’s approval.”

That reminder took some of the shine out of the morning.

Jen’s gaze slid over to Rafi, who had worked for the Estate longer than she had. “Do you know when anyone last saw Rob?”

“Oh, right—when he took a shot at those hikers.”

Mrs. Dalhousie blinked, the crane driver looked uneasy, and Jen gave them both an apologetic smile. “Mr. Gardener’s private corner of the Estate is clearly posted against trespassing. Though it was only bird shot, and he wasn’t actually aiming at them.”

Still, the thought of setting off on a death-defying drive to speak with a famously irascible Gardener put a different shade across the job at hand.

“What about his cousin?” Mrs. Dalhousie suggested.

“David is still in Germany.”

The crane driver waited. When no explanation came, he took off his hard hat to scratch his balding head. “Well, anyway. Your problem’s with the base. The thing is held together like crazy—forty years and not so much as a crack—but it doesn’t look like they stabilized the ground underneath it at all, just wove up a bunch of rebar, slapped some forms around it, and poured directly on the dirt. And that’s your problem. It’s so close to that hedge, nobody spotted the stream undermining the whole thing. Look, I’m going to have to pick it up base and all, anyway. If you like, I could just take it a little farther, to that flat place. It could sit there for months. You can even put up a scaffolding and do your repairs there.”

Jen nodded. “That’s probably for the best. In the meantime, Mrs. D, I’ll pencil in a discussion on selling it on next week’s Board agenda. Maybe when David gets back, he can go up and talk to Rob, see if he’s fond of the thing. We might even be able to fit in a preliminary vote on Tuesday, if Rob doesn’t mind . . . retiring it.”

She could no longer avoid Mrs. Dalhousie’s eyes.

The older woman’s expression was clear. I am the veteran of a thousand art-world negotiations. I am not deceived by your act of innocence. At the same time, she was experienced enough to choose private conversation over public argument, so she added her permission for the crane driver to get on with the task of shifting the sculpture, base and all. 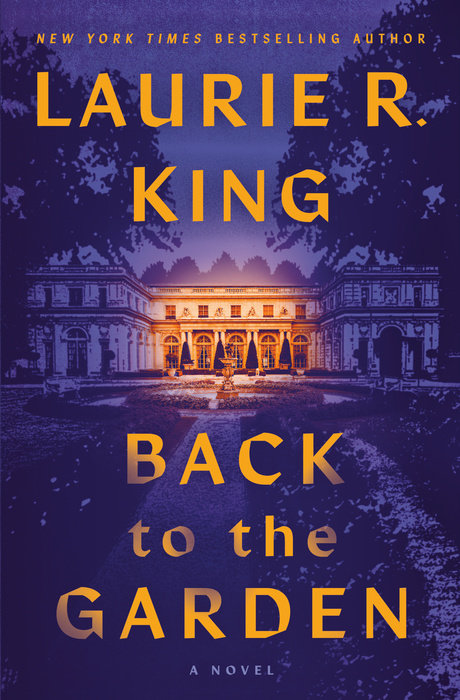