She’s an outsider desperate to belong, but the cost of entry might be her darkest secret in this intoxicating debut about a clique of dangerously ambitious students.

“One of the best suspense debuts I’ve read in years . . . Heather Darwent delivers one artful tease after another until you are completely lost in this labyrinth of clever women and obsessive friendship.”—Julia Heaberlin, bestselling author of We Are All the Same in the Dark

Edinburgh, Scotland: a moody city of labyrinthine alleyways, oppressive fog, and buried history; the ultimate destination for someone with something to hide. Perfect for Clare, then, who arrives utterly alone and yearning to reinvent herself. And what better place to conceal the secrets of her past than at the university in the heart of the fabled, cobblestoned Old Town?

When Clare meets Tabitha, a charismatic, beautiful, and intimidatingly rich girl from her art history class, she knows she’s destined to become friends with her and her exclusive circle: raffish Samuel, shrewd Ava, and pragmatic Imogen. Clare is immediately drawn into their libertine world of sophisticated dinner parties and summers in France. The new life she always envisioned for herself has seemingly begun.

Then Tabitha reveals a little project she’s been working on, one that she needs Clare’s help with. Even though it goes against everything Clare has tried to repent for. Even though their intimacy begins to darken into codependence. But as Clare starts to realize just what her friends are capable of, it’s already too late. Because they’ve taken the plunge. They’re so close to attaining everything they want. And there’s no going back.

Reimagining the classic themes of obsession and ambition with an original and sinister edge, The Things We Do to Our Friends is a seductive thriller about the toxic battle between those who have and those who covet—between the desire to truly belong and the danger of being truly known.

Heather Darwent was raised in Yorkshire and moved to Scotland to study at the University of Edinburgh. The Things We Do to Our Friends is her debut novel. 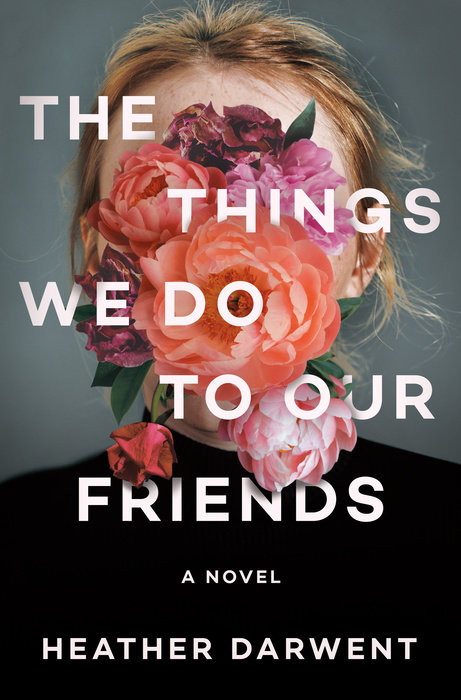