A space opera set on Mars by one of the twentieth century’s most brilliant—and neglected—science fiction and horror writers, whom Stephen King called “the best writer of science fiction that England has ever produced.”

An international prize is offered to the first man to complete an interplanetary journey. For British pilot Dale Curtance, it is the ultimate challenge; he must build a ship, assemble a top-notch crew, and beat the Russians and the Americans, too. Soon the Gloria Mundi heads for Mars. There’s only one problem: a stowaway named Joan Shirning.

At first, the men resent Joan’s presence. But they come to realize that she is the only one who has firsthand knowledge of the Martians—or at least the intelligent beings that will one day replace them. . . .

An excerpt from Stowaway to Mars

Death of a Stranger

Jake Reilly, the nightwatchman, made his usual round without any apprehension of danger. He was even yawning as he left the laboratory wing and came into the main assembly hangar. For a moment he paused on the threshold, looking at the structure in the center of the floor. He wondered vaguely how they were getting on with it. Mighty long job, building a thing like that. It hadn’t looked any different for months, as far as he could see.

But Jake could not see far. The towering object of his inspection was so closely scaffolded that only here and there could the dim lights filter between the poles to be reflected back from a polished metal surface.

“Workin’ inside it mostly, now, I s’pose,” he told himself.

He switched on his lamp and let its white beam wander about inquisitively. The floor plan of this, the central part of the building, was circular. Around the walls, lathes, power drills and other light machine tools were disposed at intervals. The constructional work cut off his view of the opposite wall, and he moved round it, conscientiously conducting his search. He let his light play upward, sweeping the narrow gallery which circled the wall and noticing that the doors giving upon it were all shut. He sent the beam still higher, above the level of the dim, shaded lights, to the distant roof. There was a criss-­crossing of heavy girders up there, supporting huge pulley blocks. The cables and chains depending from them came curving down, looped back out of the way now onto iron hooks on the walls. He tilted his lamp so that its bright circle ran down the curved metal side again.

“Like bein’ inside a blessed gasholder, that’s what it is,” he told himself, not for the first time. “Pile o’ money that thing must’ve cost, and I don’t s’pose it’ll ever go.”

A sudden sound caused him to stiffen. Somewhere there had been a faint clink of metal upon metal. He transferred his lamp to his left hand, and a large, black, businesslike pistol suddenly appeared in his right. He swung the light around, sweeping the dimmer parts of the place with its beam.

There was no answer. His voice boomed round the metal wall, slowly diminishing into silence.

“Better come out quick. I got a gun,” Jake told the dimness.

He began to back toward the door where the alarm button was situated. No good trying to get the man single-­handed in here. Might chase him round and round that scaffolding for hours.

“Better come quiet, ’nless you want a bullet in you,” he said.

But still there was no reply. He was in reach of the alarm now. He hesitated. It might have been only a rat. Better be sure than sorry, though. He hung the lamp on the little finger of his pistol hand and reached, without turning, for the switch.

There was a sudden “phut” somewhere in the shadows. Jake shuddered convulsively. The pistol and the lamp clattered together to the ground, and he slumped on top of them.

A dark figure slipped from behind the scaffolding and ran across the floor. It bent for a moment over the fallen watchman. Reassured, it dragged the body aside, and laid it inconspicuously behind one of the lathes. Returning, it kicked the lamp away, picked up the fallen pistol and slid it into its own pocket. For some seconds the dark figure stood silent and motionless, then, satisfied that there had been no alarm, it raised its arm and took steady aim at the nearest of the dim lamps. Four times came the muffled “phut” as of a stick hitting a cushion, and each time it was followed by a not very different sound as an electric globe collapsed into fragments. In the utter darkness followed clicks which told of a new magazine sliding into the pistol. Then, with a series of carefully shielded flashes, the intruder made his cautious way toward the central scaffolding.

A door of the balcony suddenly opened, letting a fan of light into the blackness.

“Hullo,” said a voice, “what’s happened to the lights? Where’s that fool Reilly? Reilly! Where the devil are you?” it bawled.

The figure on the floor below delayed only an instant, then it raised its pistol against the man silhouetted in the doorway. Again came the muffled thud. The man above disappeared, and the door slammed shut. The man with the pistol muttered to himself as he continued on his way to the scaffolding.

He had barely reached it when a blaze of intense floodlighting threw every detail of the place into view. He looked round wildly, dazzled by the sudden glare, but he was still alone. Again he raised his pistol, training it on one of the blinding floods. “Phut!” There went one, now for the next—­

But there was to be no next. The roar of an explosion, thunderous within the metal walls, made him miss his aim. He turned swiftly. There was a second roar. The impact of a heavy bullet spun him round and sent him crashing headlong against the foot of the scaffolding.

“Got him,” a voice announced.

The door in the gallery opened wide again.

“Damned lucky he didn’t get you,” said another.

“Awkward angle for him. He hit the rail,” the first replied, calmly.

A babble of men’s voices was heard approaching rapidly. A door on the opposite side of the ground floor was thrown back to reveal a tousle-­headed, sleepy-­eyed group. It was evident that the sound of shots had awakened them, and they had delayed just long enough to slip greatcoats over their pajamas and to seize their weapons. One of the men in the gallery called down:

The two of them made their way along the gallery to the staircase while the newcomers crossed the floor. By the time they had descended there was a small crowd round the body of the intruder. The man who was kneeling beside it looked up.

“No, you got him in the shoulder, he knocked his head against one of the poles as he fell.”

“Damn. I’d have liked to have got something out of him. Anything to show who he is?” He looked round at the assembled men. “Where the devil’s that Reilly got to? Go and fetch him, someone.”

One of the group made off for the purpose. Close by the door he stopped at the sight of a foot protruding from behind the lathe mounting. He looked more closely, and called to the others.

The doctor rose from beside the first corpse and hurried across. One look at the watchman was enough.

“Poor old Jake, right in the heart.” He turned back to the tall man who had been on the gallery. “What had we better do with them, Mr. Curtance?”

“Better bring them both up to my office,” he decided.

The doctor waited until the bearers had retired, closing the door behind them, then he looked across at Dale.

“What actually happened?” he asked.

“I know about as much as you do. I had been working late in here with Fuller. We didn’t hear anything—­at least, I didn’t. Did you, Fuller?” The secretary shook his head. Dale went on: “Then when we went out to the gallery the lights were out, and somebody using a silencer took a pot-shot at me. Naturally, we went back and turned on the floods, then I potted him.”

“Never seen him before—­as far as I know. Have either of you?”

Both the others shook their heads. The doctor crossed to the body and continued the examination which had been cut short by the finding of the watchman.

“Not a thing on him,” he announced, after a while. “Shouldn’t be surprised if he turned out to be a foreigner; clothes aren’t English, anyway.”

There was a considerable pause.

“You realize, of course,” the doctor added, “that we shall have to have the police in?”

“No, we certainly cannot. Why, all the men in the place will know about it by now. It’d be bound to leak out pretty soon. And that wouldn’t look too good. No, I’m afraid you’ll have to go through with it.”

Dale was still frowning. “Damnation! That means the end of our privacy. The papers will be splashing it all round. The place will be overrun with reporters sniffing into every corner and trying to bribe everybody. I wanted to keep it quiet for months yet—­and now they’ll get the whole thing. Oh, hell!” 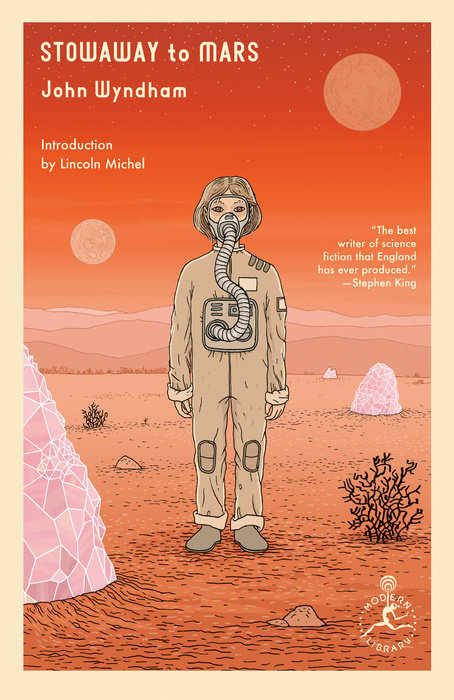