A wild ride from one of the twentieth century’s most brilliant—and neglected—science fiction and horror writers, whom Stephen King called “the best writer of science fiction that England has ever produced.”

What if the defeated Nazis had a plan to clone their master race and cause nuclear war?

Johnny Farthing is your average photojournalist until his fiancée goes missing and women who look suspiciously, uncannily similar to her start turning up dead. As Johnny descends a rabbit hole of doppelgängers, mysterious American senators, and eerie bureaucracies, it becomes clear that these peculiar similarities are part of far bigger and deadlier plans—and that the fate of the world just might be at stake.

An excerpt from Plan for Chaos

Look here, upon this picture—W.S.

Lois looked up from the switchboard as I went by.

I turned back, reluctantly.

“Look,” I told her. “Didn’t somebody once call this a melting-pot? So on account of that,
couldn’t you just let a guy do his melting quietly?”

She thought about it. Head a little on one side. Gold hair like sliding water across a cheek like
young roses. Very effective.

“Takes time, doesn’t it?” she said. “I guess Limeys have a kinda high melting point.—Got
more corners than most, too.”

She shook her head.

“I know: got an eagle on it. All the same, you talk Limey, you sorta think Limey. I guess you
most likely kiss Limey, too.” She looked speculative.

“And I go on learning. Maybe one day when I’ve got acclimatized—” “Acclimated,” she said.

“Okay, acclimated—then we’ll hold a graduation test. Meanwhile, what about cutting out this ‘Hey, Limey’ stuff, and giving me a break? My name’s Johnny.”

“You look more like it ought to be Jan,” she remarked.

“Maybe, so I’d have to melt twice, making it that much harder, wouldn’t I? So just try Johnny, will you?”

I started once more upon my interrupted way. I’d taken some four steps of it when she called me back again:

“Hey—Limey! I forgot to tell you. J.P.’s been burning wires all over the building for you. He
said to send you right up, sooner than now.”

When I went into Jake Parton’s room, he didn’t address me as Johnny, either. He just grunted, and leaned back in his chair with an expression on his face like a man who has again been shown that humanity is the way he always thought it was, anyway. Then, kind of laboriously, he leaned forward, and pushed some stuff across his desk toward me. What he opened up with was:

“Will you just take a look at that, you big Swede!”

As I’d said to Lois, I do try. And I’d got around to distinguishing several local inflections of the words: “big Swede,” s.o.b., and suchlike. This one was ungenial enough to give me the feeling of trouble coming; though I didn’t have any idea of the kind of trouble until I had looked at the stuff he pushed over.

There were two journals. One was a copy of next week’s issue of our Choice magazine; the other was the current number of Crime Hebdomadaire, from Paris, France. Ours was open at a spread of my pictures: view of the dead woman’s apartment, showing unfinished meal on table with coffee cup still half full (always a good touch, that); view down into fatal yard from fatal fire-escape; view from opposite side of yard, with dotted line showing the way the body must have hit the low roof and slithered down before it reached the ground; also, portrait of the woman concerned—the studio picture I had slipped under my jacket, frame and all, when no one was looking.

Then I look a scan at the French magazine. There was a dotted line there, too. Not, to my eye, a good job. The angle at which it ran down from a bridge, to end on a motor-barge with the number carefully effaced, was improbable. The editors then treated their readers to a pretty unpleasing view of the body as it had lain on the barge’s hatch-cover. There was also a picture of the anonymous lady as she had appeared before all this took place.

I gave that last one a close look—just as I’d given a close look to the one I’d filched, before I’d handed it over to the blockmakers.

I kept on looking at the two portraits. They gave me a nasty feeling. It wasn’t just on account of their being so like one another that they’d be hard to tell apart—the ad men keep on rubbing it in that the world is full of doubles, though the significance of that is known only to ad men. No, the disturbance was simply an increase on the one that I’d felt when I first saw the picture of the girl from the fire-escape—and the fact that I could add a treble to those doubles . . . Either of them might have been a portrait of my cousin Freda . . .

When I’d compared them for a bit, I pulled out my wallet, and laid it down open, beside them. With the three close together the similarity was staggering. If you were to change around the differently dressed blonde hair, each might be either of the others.

I turned the wallet round for him to see, and told him.

He looked at it, and then back to me. His lips were a bit tighter.

It didn’t latch for a moment. I was still taking the thing in.

“While you’re being paid by this paper, you work for this paper only. And don’t tell me you
didn’t know—it’s in your contract,” he added, forthrightly. “What’s more, this paper wants the authentic dope—not that kind of hooey.”

“You’re an expert photographer, Johnny. That’s the reason you’re here—the reason you were here,” he corrected himself. “Now, the only difference between the women in those three photographs is the hair style. And you say one of them is your cousin . . . So what? Some kind of syndication . . . ?” he asked, unpleasantly.

“The only one of these three that I took is this,” I told him, tapping the wallet.

He didn’t believe me, and took no trouble to hide it.

“Listen,” I said. “I know it’s queer that I happened to be the one to turn in that picture of the
dame from the fire-escape. But I’m engaged to Freda. I’m going to marry her. Is it likely I’d be selling her picture around, the way you suggest—and on jobs like this, too? And even if I were, would I produce this version to show to you?” I shut up the wallet, and put it back in my pocket.

“I’d not know. There’s a lot unlikely in this world. You take good pictures, Johnny. Worth peddling with an agency. But you over-reached it when you said that this—” He pointed to the open page of Choice “—came out of the woman’s own apartment.”

“It did. Maybe we could trace who made it,” I said.

“So?” His eyes were narrowed, in a hard look. “Well, maybe you can. Meanwhile, this paper
has a reputation to maintain. You’d best look in on the accounts department on your way out.”

It didn’t make sense. It wasn’t logical. But I knew Jake when an idea had its teeth into him.
Besides, he has an ulcer. You have to wait . . . 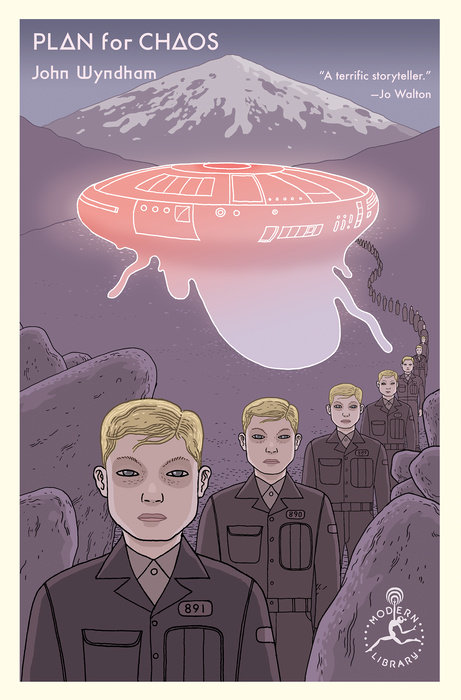