Now for the first time in trade paperback: the fourth book in the epic adventure featuring the fearless pilots of Rogue Squadron.

After her attempt to strike at the heart of Coruscant with a deadly virus, the sinister Ysanne Isard sets her sights on destabilizing the New Republic by seizing its medicinal bacta production. Under the guise of a mere power struggle between corporations on the planet Thyferra, the imperial mastermind has taken control of one of the galaxy's most precious resources.

The heroes of Rogue Squadron are desperate to liberate the planet, and free prisoners trapped by Isard, only to find their plans foiled by the politics of the New Republic, which is set on assigning the squadron elsewhere. With timing and resources running short, Wedge Antilles, Corran Horn, and the other rogues have no choice but to resign from the New Republic.

The team must now go truly rogue to chip away at Isard's power, defeat her powerful complement of Star Destroyers, and free Thyferra from her iron rule. But when she discovers the Squadron's secret base, its pilots must scramble for survival in a winner-take-all battle against Isard's overwhelming and seemingly superior force.

Somehow the dead of night amplified the lightsaber’s hiss, allowing it to fill the room. The blade’s silvery light frosted the furniture and gave birth to impenetrable shadows. The blade drifted back and forth, prompting the shadows to waver and shift as if fleeing from the light.

Much as criminals would flee from the light.

Corran Horn stared at the blade, finding the argent energy shaft neither harsh nor painful to his eyes. He lazily wove the blade through joined infinity loops, then, with the flick of his right wrist, snapped it up into a guard that protected him from forehead to waist. Relic of a bygone era, it still can conjure up images and feelings.

He hit the black button under his thumb twice, and the blade died, again plunging the room into darkness. The lightsaber did conjure up images and feelings in him, but Corran doubted they were at all the images and feelings commonly felt by most others on Coruscant. To everyone, including Corran, Luke Skywalker was a hero and was welcomed as heir to the Jedi tradition. His efforts at rebuilding the Jedi order were roundly applauded, and no one, save those who dreaded the return of law and order to the galaxy, wished Luke anything but the greatest success in his heroic quest.

As do I. Corran frowned. Still, my decision has been made.

He’d felt it the greatest of honors to be asked by Luke Skywalker to leave Rogue Squadron and train to become a Jedi. Skywalker had told him that his grandfather Nejaa Halcyon had been a Jedi Master who had been slain in the Clone Wars. The lightsaber Corran had discovered in the Galactic Museum had belonged to Nejaa and had been presented to Corran as his rightful inheritance. Mine is the heritage of a Jedi Knight.

But that was a heritage he had only heard of from Skywalker. He did not doubt the Jedi was telling the truth, but it was not the whole truth. At least not the whole of the truth with which I grew up.

Throughout his life Corran Horn had come to believe his grandfather was Rostek Horn, a valued and highly placed member of the Corellian Security Force. His father, Hal Horn, likewise was with CorSec. When it came time for Corran to choose a career, there was really no choice at all. He continued the Horn tradition of serving CorSec. His grandfather had always admitted to having known a Jedi who died in the Clone Wars, but that acquaintance had been given no more weight than having once met Imperial Moff Fliry Vorru or having visited Imperial Center, as Coruscant had been known under the Empire’s rule.

Corran found it no great surprise that Rostek Horn and his father had downplayed their ties to Nejaa Halcyon. Halcyon had died in the Clone Wars; and Rostek had comforted, grown close with, and married Halcyon’s widow. He also adopted Halcyon’s son, Valin, who grew up as Hal Horn. When the Emperor began his extermination of the Jedi order, Rostek had used his position at CorSec to destroy all traces of the Halcyon family, insulating his wife and adopted son from investigation by Imperial authorities.

Since exhibiting any interest in the Jedi Knights could invite scrutiny and my family would be very vulnerable if its secret were discovered, I probably heard less about the Jedi Knights than most other kids my age. If not for various holodramas that painted the Jedi Knights as villains and later reminiscences by his grandfather about the Clone Wars, Corran would have known little or nothing about the Jedi. Like most other children, he found them vaguely romantic and all too much sinister, but they were distant and remote while what his father and grandfather did was immediate and exciting.

He raised a hand and pressed it to the golden Jedi medallion he wore around his neck. It had been a keepsake his father had carried and Corran inherited after his father’s death. Corran had taken it as a lucky charm of sorts, never realizing his father had kept it because it bore the image of his own father, Nejaa Halcyon. Wearing it had been my father’s way of honoring his father and defying the Empire. Likewise, I wore it to honor him, not realizing I was doing more through that act.

Skywalker’s explanation to him of what his relationship to Nejaa Halcyon was opened new vistas and opportunities for him. In joining CorSec he had chosen to dedicate his life to a mission that paralleled the Jedi mission: making the galaxy safe for others. As Luke had explained, by becoming a Jedi, Corran could do what he had always done but on a larger scale. That idea, that opportunity, was seductive, and clearly all of his squadron-mates had expected him to jump at it.

Corran smiled. I thought Councilor Borsk Fey’lya was going to die when I turned down the offer. In many ways I wish he had.

He shook his head, realizing that thought was unworthy of himself and really wasted on Borsk Fey’lya. Corran was certain that, on some level, the Bothan Councilor believed he—not Corran—was right and his actions were vital to sustain the New Republic. Re-creating the Jedi order would help provide a cohesive force to bind the Republic together and to drape it in the nostalgic mantle of the Old Republic. Just as having various members of nation-states placed in Rogue Squadron had helped pull the Republic together, having a Corellian become a new Jedi might influence the Diktat into treating the New Republic in a more hospitable manner.

Skywalker had asked him to, and Fey’lya had assumed he would, join the Jedi order, but that was because neither of them knew of or realized that his personal obligations and promises exerted more influence with him than any galactic cause. While Corran realized that doing the greatest good for the greatest number was probably better for everyone in the long run, he had short-term debts he wanted to repay, and time was of the essence in doing so.

The remnants of the Empire had captured, tortured, and imprisoned him at Lusankya, which he later came to realize was really a Super Star Destroyer buried beneath the surface of Coruscant. He had escaped from there—a feat never before successfully accomplished—but had gotten away only with the aid of other prisoners. He had vowed to them that he would return and liberate them, and he fully intended to keep his promise. The fact that they were imprisoned in the belly of the SSD that now orbited Thyferra made that task more difficult, but long odds against success had never stopped him before. I’m a Corellian. What use have I for odds?

His desire to save them had increased with a chance discovery that embarrassed him mightily when he made it. In Lusankya the Rebel prisoners had been led by an older man who simply called himself Jan. Since his escape, Corran had caught a holovision broadcast of a documentary on the heroes of the Rebel Alliance. First and foremost among them had been the general who led the defense of Yavin 4 and planned the destruction of the first Death Star, Jan Dodonna. The documentary said he’d been slain during the evacuation of Yavin 4, but Corran had no doubt Dodonna had been a prisoner on Lusankya. If I hadn’t thought him dead, I might have recognized him, too. How stupid of me.

Dodonna’s celebrity had nothing to do with Corran’s desire to save him. Jan, like Urlor Sette and others, had helped him escape. They had risked their lives to give him a chance to get away. Leaving such brave people captives of someone like Ysanne Isard not only failed to reward their courage but repaid them by leaving them in severe jeopardy of death or worse—conversion into a covert Imperial agent under Isard’s direction.

Corran started, then turned and smiled at the black-haired, dark-eyed woman standing in the bedroom doorway. “I guess not, Mirax. I’m sorry I woke you.”

“You didn’t wake me. Your absence awakened me.” She wore a dark blue robe, belted at the waist with a pale yellow sash. Mirax raised a hand to hide a yawn then pointed at the silver cylinder in his right hand. “Regretting your decision?”

“Which one? Refusing to join the Jedi Knights or”—he smiled—“or hooking up with you?”

She raised an eyebrow. “I was thinking of the Jedi decision. If you have reservations about the other decision, I can relearn how to sleep alone.”

He laughed, and she joined him. “I regret neither. Your father and my father may have been mortal enemies, but I can’t imagine having a better friend than you.”

Mirax shrugged. “All you men who’ve just gotten out of prison say that.”

Corran frowned for a moment. “I imagine you’re right, but how you came by that information, I don’t want to know.”

Mirax blinked her eyes. “You know, I don’t think I want to know that, either.”

Corran laughed, then crossed the room and enfolded her in a warm hug. “After my escape, Tycho expressed his regrets concerning your death to me. He told me how Warlord Zsinj had ambushed a convoy at Alderaan and destroyed it, including your Pulsar Skate. Everything inside of me just collapsed. Losing you just ripped the emotional skeleton out of me.” 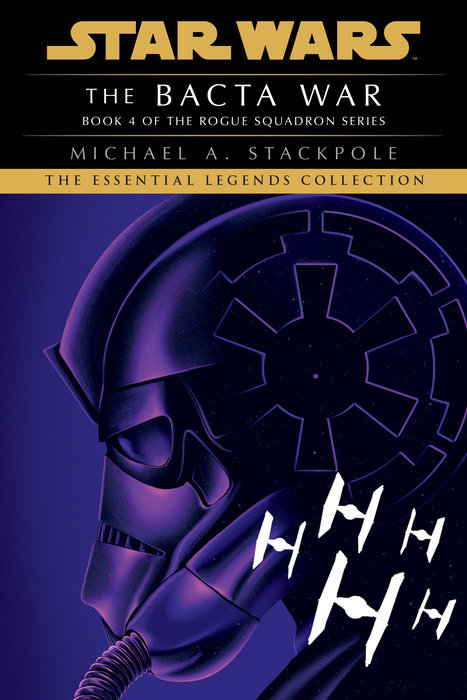