For twelve thousand years the Galactic Empire has ruled supreme. Now it is dying. But only Hari Seldon, creator of the revolutionary science of psychohistory, can see into the future—to a dark age of ignorance, barbarism, and warfare that will last thirty thousand years. To preserve knowledge and save humankind, Seldon gathers the best minds in the Empire—both scientists and scholars—and brings them to a bleak planet at the edge of the galaxy to serve as a beacon of hope for future generations. He calls his sanctuary the Foundation.

Collected in this boxed set, Foundation, Foundation and Empire, and Second Foundation form the celebrated original trilogy that started it all. One of the most influential in the history of science fiction, the Foundation series is celebrated for its unique blend of breathtaking action, daring ideas, and extensive worldbuilding. Here, Asimov has written a timely and timeless saga of the best—and worst—that lies in humanity, and the power of even a few courageous souls to shine a light in a universe of darkness.

An excerpt from Foundation 3-Book Bundle

His name was Gaal Dornick and he was just a country boy who had never seen Trantor before. That is, not in real life. He had seen it many times on the hyper-video, and occasionally in tremendous three-dimensional newscasts covering an Imperial Coronation or the opening of a Galactic Council. Even though he had lived all his life on the world of Synnax, which circled a star at the edges of the Blue Drift, he was not cut off from civilization, you see. At that time, no place in the Galaxy was.

There were nearly twenty-five million inhabited planets in the Galaxy then, and not one but owed allegiance to the Empire whose seat was on Trantor. It was the last half-century in which that could be said.

To Gaal, this trip was the undoubted climax of his young, scholarly life. He had been in space before so that the trip, as a voyage and nothing more, meant little to him. To be sure, he had traveled previously only as far as Synnax's only satellite in order to get the data on the mechanics of meteor driftage which he needed for his dissertation, but space-travel was all one whether one travelled half a million miles, or as many light years.

He had steeled himself just a little for the Jump through hyper-space, a phenomenon one did not experience in simple interplanetary trips. The Jump remained, and would probably remain forever, the only practical method of travelling between the stars. Travel through ordinary space could proceed at no rate more rapid than that of ordinary light (a bit of scientific knowledge that belonged among the items known since the forgotten dawn of human history), and that would have meant years of travel between even the nearest of inhabited systems. Through hyper-space, that unimaginable region that was neither space nor time, matter nor energy, something nor nothing, one could traverse the length of the Galaxy in the interval between two neighboring instants of time.

Gaal had waited for the first of those jumps with a little dread curled gently in his stomach, and it ended in nothing more than a trifling jar, a little internal kick which ceased an instant before he could be sure he had felt it. That was all.

And after that, there was only the ship, large and glistening; the cool production of 12,000 years of Imperial progress; and himself, with his doctorate in mathematics freshly obtained and an invitation from the great Hari Seldon to come to Trantor and join the vast and somewhat mysterious Seldon Project.

What Gaal was waiting for after the disappointment of the Jump was that first sight of Trantor. He haunted the View-room. The steel shutter-lids were rolled back at announced times and he was always there, watching the hard brilliance of the stars, enjoying the incredible hazy swarm of a star cluster, like a giant conglomeration of fireflies caught in mid-motion and stilled forever. At one time there was the cold, blue-white smoke of a gaseous nebula within five light years of the ship, spreading over the window like distant milk, filling the room with an icy tinge, and disappearing out of sight two hours later, after another Jump.

The first sight of Trantor's sun was that of a hard, white speck all but lost in a myriad such, and recognizable only because it was pointed out by the ship's guide. The stars were thick here near the Galactic center. But with each Jump, it shone more brightly, drowning out the rest, paling them and thinning them out.

An officer came through and said, "View-room will be closed for the remainder of the trip. Prepare for landing."

Gaal had followed after, clutching at the sleeve of the white uniform with the Spaceship-and-Sun of the Empire on it.

He said, "Would it be possible to let me stay? I would like to see Trantor."

The officer smiled and Gaal flushed a bit. It occurred to him that he spoke with a provincial accent.

The officer said, "We'll be landing on Trantor by morning."

"I mean I want to see it from Space."

"Oh. Sorry, my boy. If this were a space-yacht we might manage it. But we're spinning down, sun-side. You wouldn't want to be blinded, burnt, and radiation-scarred all at the same time, would you?"

Gaal started to walk away.

The officer called after him, "Trantor would only be a gray blur anyway, Kid. Why don't you take a space-tour once you hit Trantor. They're cheap."

Gaal looked back, "Thank you very much."

It was childish to feel disappointed, but childishness comes almost as naturally to a man as to a child, and there was a lump in Gaal's throat. He had never seen Trantor spread out in all its incredibility, as large as life, and he hadn't expected to have to wait longer.

The ship landed in a medley of noises. There was the far-off hiss of the atmosphere cutting and sliding past the metal of the ship. There was the steady drone of the conditioners fighting the heat of friction, and the slower rumble of the engines enforcing deceleration. There was the human sound of men and women gathering in the debarkation rooms and the grind of the hoists lifting baggage, mail, and freight to the long axis of the ship, from which they would be later moved along to the unloading platform.

Gaal felt the slight jar that indicated the ship no longer had an independent motion of its own. Ship's gravity had been giving way to planetary gravity for hours. Thousands of passengers had been sitting patiently in the debarkation rooms which swung easily on yielding force-fields to accommodate its orientation to the changing direction of the gravitational forces. Now they were crawling down curving ramps to the large, yawning locks.

Gaal's baggage was minor. He stood at a desk, as it was quickly and expertly taken apart and put together again. His visa was inspected and stamped. He himself paid no attention.

Debarkation Building was tremendous. The roof was almost lost in the heights. Gaal could almost imagine that clouds could form beneath its immensity. He could see no opposite wall; just men and desks and coverging floor till it faded out in haze.

The man at the desk was speaking again. He sounded annoyed. He said, "Move on, Dornick." He had to open the visa, look again, before he remembered the name.

The man at the desk jerked a thumb, "Taxis to the right and third left."

Gaal moved, seeing the glowing twists of air suspended high in nothingness and reading, "TAXIS TO ALL POINTS."

A figure detached itself from anonymity and stopped at the desk, as Gaal left. The man at the desk looked up and nodded briefly. The figure nodded in return and followed the young immigrant.

He was in time to hear Gaal's destination.


Gaal found himself hard against a railing.

The small sign said, "Supervisor." The man to whom the sign referred did not look up. He said, "Where to?"

Gaal wasn't sure, but even a few seconds hesitation meant men queuing in line behind him.

The Supervisor looked up, "Where to?"

Gaal's funds were low, but there was only this one night and then he would have a job. He tried to sound nonchalant: "A good hotel, please."

The Supervisor was unimpressed. "They're all good. Name one."

The Supervisor touched a button. A thin line of light formed along the floor, twisting among others which brightened and dimmed in different colors and shades. A ticket was shoved into Gaal's hands. It glowed faintly.

The Supervisor said, "One point twelve."

Gaal fumbled for the coins. He said, "Where do I go?"

"Follow the light. The ticket will keep glowing as long as you're pointed in the right direction."

Gaal looked up and began walking. There were hundreds creeping across the vast floor, following their individual trails, sifting and straining themselves through intersection points to arrive at their respective destinations.

His own trail ended. A man in glaring blue and yellow uniform, shining and new in unstainable plastotextile, reached for his two bags.

"Direct line to the Luxor," he said.

The man who followed Gaal heard that. He also heard Gaal say, "Fine," and watched him enter the blunt-nosed vehicle. 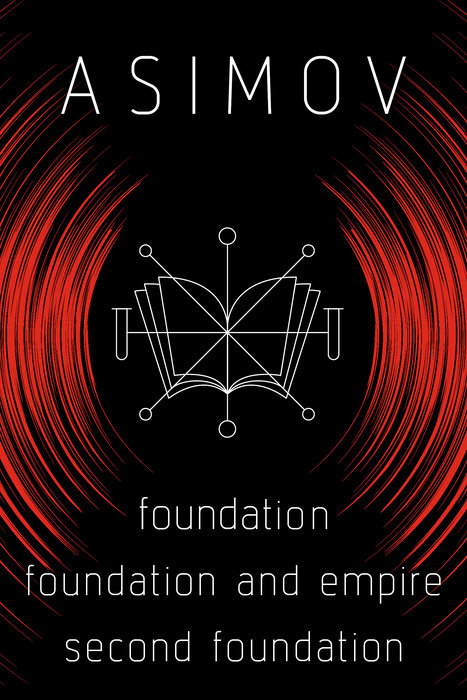