Explore the thrilling origins of the druid Doric in this original prequel to Dungeons & Dragons: Honor Among Thieves.

For as long as she can remember, Doric has felt alone. Abandoned by her human parents, she wandered for years before being taken in by a community of Neverwinter Woods elves. But her horns and tail proclaim a tiefling heritage, and even among the kindest of elves, her fledgling druidic abilities mark her as different from the rangers around her. And as humans begin to encroach farther and farther into the once pristine woods, Doric knows she needs to master her druidic capabilities if she is to be any help to her adopted family. With no means of helping Doric themselves, her guardians see no choice but to send her somewhere she can come into her own.

Tucked among the ancient pines of the Ardeep Forest hides the Emerald Enclave, an order of warriors tasked with preserving the natural world. They fight to maintain balance between the forces of the wild and civilization, and in doing so, protect the sanctity of each.

Among their order, Doric begins to find power in her differences. But not all her fellow initiates are so capable of new growth, and as her training continues, Doric is forced to confront the very beliefs that brought her into the Enclave’s fold. If she’s going to protect her home, she’ll have to reckon with her people, her power, and the walls she’s built to keep herself safe from both.

E. K. Johnston is the #1 New York Times bestselling author of several YA novels, including the L.A. Time Book Prize finalist The Story of Owen and Star Wars: Ahsoka. Her novel A Thousand Nights was shortlisted for The Governor General's Award. The New York Times called The Story of Owen “a clever first step in the career of a novelist who, like her troubadour heroine, has many more songs to sing" and in its review of Exit, Pursued by a Bear, The Globe & Mail called Johnston "the Meryl Streep of YA," with "limitless range." E. K. Johnston lives in southwestern Ontario. Follow her on Twitter at @ek_johnston. 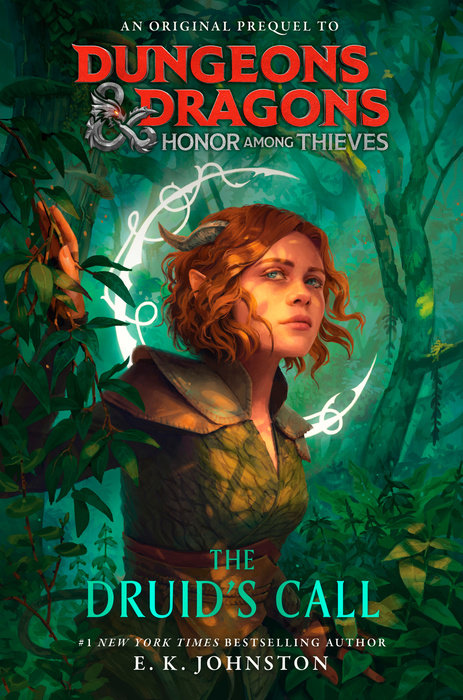