Borrowed Dreams and The Trouble with Caasi

Available in one book for the first time: Borrowed Dreams and The Trouble with Caasi, two of Debbie Macomber’s classic novels that explore the power of love and family

Borrowed Dreams: Carly Grieves is made of strong stuff. Tough and adventurous, she journeys to the wilds of Alaska looking for a new beginning, but she finds more than she bargained for in Brand St. Clair, a rugged bush pilot. Something about him stirs a primal longing inside Carly, but he’s a man with wounds, a widower stuck in the past. Carly desires him deeply, yet how can she compete with a dead woman for a place in his heart? Despite his painful past, Brand is ready to make his own fresh start with Carly, until he discovers she too has walls that must come down. Now Brand won’t give up until he convinces Carly that the biggest risk of her life is actually the safest move she could make: loving him.

The Trouble with Caasi: A driven workaholic, CEO Caasi Crane has sacrificed all semblance of a personal life to build a West Coast hotel empire. But everything she’s built comes into question when her top manager, Blake Sherrill, abruptly resigns. Caasi can’t figure out why it hurts so much to lose him, and why she so desperately misses his presence not only in the office but also in her heart. Once Blake decides to leave, he unexpectedly gets what he’s wanted all along: Caasi’s undivided attention. Blake is excellent at his job and he knows it. While Caasi begs him to come back to work, he delays his response and tries to convince Caasi there’s more to life than a career. Can Blake help her see the love that’s waiting for her? A love strong enough to last a lifetime.

An excerpt from A Bright New Day: A 2-in-1 Collection

“Don’t worry about a thing,” George Hamlyn stated casually on his way out the door.

“Yes . . . but—­” Carly Grieves interrupted. This was her first day on the job in Anchorage, Alaska, and she was hoping for a few more instructions. “But . . . what would you like me to do?”

“Take any phone messages and straighten the place up a bit. That should keep you busy for the day.” He removed his faded cap and wiped his forearm across his wide brow as he paused just inside the open doorway.

All day! Carly mused irritably. “What time should I expect you back?”

“Not until afternoon at the earliest. I’m late now.” His voice was tinged with impatience. “A couple of drivers will be checking in soon. They have their instructions.”

Fleetingly, Carly wondered if their orders were as vague as her own.

“See you later.” George tossed her a half-­smile and was out the door before she could form another protest.

Carly dropped both hands lifelessly to her sides in frustrated displeasure. How could George possibly expect her to manage the entire office on her own? But, apparently, he did just that. On her first day, no less. With only a minimum of instruction, she was to take over the management of Alaska Freight Forwarding in her employer’s absence.

“Didn’t Diana warn you this would happen?” She spoke out loud, standing in the middle of the room, feeling hopelessly inadequate. Good heavens, what had she gotten herself into with this job?

Hands on hips, Carly surveyed the room’s messy interior. George had explained, apologetically, that his last traffic supervisor had left three months ago. One look at the office confirmed his statement. She couldn’t help wonder how anyone could run a profitable business in such chaos. The long counter was covered with order forms and a variety of correspondence, some stained with dried coffee; the ashtray that sat at one end was filled to overflowing. Cardboard boxes littered the floor, some stacked as high as the ceiling. The two desks were a disaster; a second full ashtray rested in the center of hers, on top of stacked papers, and empty coffee mugs dotted its once polished wood surface. The air was heavy with the smell of stale tobacco.

Forcefully expelling an uneven sigh, Carly paused and wound a strand of rich brown hair around her ear.

Straighten the place up a bit! Her mind mimicked George’s words. She hadn’t come all the way from Seattle to clean offices. Her title was traffic supervisor, not janitor!

Annoyed with herself for letting George walk all over her, Carly got her desk in reasonable order and straightened the papers on the counter. She grimaced as she examined the inside of the coffeepot. It looked like someone had dumped chocolate syrup in it. She guessed it had never been washed.

When the phone rang, she answered in a brisk, professional tone. “Alaska Freight Forwarding.”

A short hesitation followed. “Who’s this?”

Squaring her shoulders, she replied crisply, “Carly Grieves. May I ask who’s calling?”

The man at the other end of the line ignored the question. “Let me talk to George.”

It seemed no one in Alaska had manners. “George is out for the day. May I ask who’s calling?”

Whoever was on the line let out a curse.

“I beg your pardon?”

“When do you expect him back?”

“I’ll be there in ten minutes.” With that, he abruptly severed their connection.

Sighing, Carly replaced the receiver. Apparently Mr. Blanky Blank thought she could tell him something more in person.

A few minutes later, the door burst open and a man as lean and serious as an arctic wolf strode briskly inside and stopped just short of the counter. Dark flecks sparked with interest in eyes that were wide and deeply set. He was dressed in a faded jean jacket and worn jeans, and his Western-­style, checkered shirt was open at the throat to reveal a broad chest with a sprinkling of curly, dark hair.

“Carly Grieves?” he questioned as his mouth quirked into a coaxing smile.

“Mr. Blanky Blank?” she returned, and smiled. His lean face was tanned from exposure to the elements. The dark, wind-­tossed hair was indifferent to any style. This man was earthy and perhaps a little wild—­the kind of wild that immediately gave women the desire to tame. Carly was no exception.

“Brand St. Clair,” he murmured, his friendly eyes not leaving hers as he extended his hand.

Her own much smaller hand was enveloped in his calloused, roughened one. “I’m taking a truck,” he announced without preamble.

“I haven’t got time to explain. Tell George I was by—­he’ll understand.”

“I can’t let you do that . . . I don’t think . . .” Carly stammered, not knowing what to do. Brand St. Clair wasn’t on the clipboard that listed Alaska Freight Forwarding employees. What if one of the men from the warehouse needed a truck later? She didn’t know this man. True, he was strikingly attractive, but he’d undoubtedly used that to his advantage more than once. “I can’t let you do that,” she decided firmly, her voice gaining strength.

Brand smiled, but the amusement didn’t touch his dusky, dark eyes. Despite the casual way he was leaning against the counter, Carly recognized that he was tense and alert. The thought came that this man was deceptive. For all his good looks and charming smile, it could be unwise to cross him.

“I apologize if this is inconvenient,” she began, and clasped her hands together with determination. “But I’ve only just started this job. I don’t know you. I don’t know if George Hamlyn is in the habit of lending out his trucks, and furthermore—­”

“I’ll accept full responsibility.” He took his wallet from his back hip pocket and withdrew a business card, handing it to her.

Carly read the small print. Brand was a pilot who freelanced his services to freight operators.

“A hiker in Denali Park has been injured,” he explained shortly. “I’m meeting the park rangers and airlifting him to British Columbia.” The impatient way he spoke told Carly he wasn’t accustomed to making explanations.

She unclenched and clenched her fist again. “All right,” she finally conceded, and handed over the set of keys.

He gave her a brief salute and was out the door.

She stood at the wide front window that faced the street and watched as Brand backed the pickup truck onto the road, changed gears, and sped out of sight. Shrugging one shoulder, she arched two delicate brows expressively. Life in the north could certainly be unnerving.

“A pilot,” she murmured. Flying was something that had intrigued her from childhood. The idea of soaring thousands of feet above the earth with only a humming engine keeping her aloft produced a thrill of adventure. Carly wondered fleetingly if she’d get the opportunity to learn to fly while in Alaska.

She paused, continuing to stand at the window. Her attraction to the rugged stranger surprised her. She preferred her men tame and uncomplicated, but Brand St. Clair had aroused her curiosity. She couldn’t put her finger on what it was now, but it felt as real and intense as anything she’d ever experienced. He exuded an animal magnetism. She’d been exposed to those male qualities a hundred times and had walked away yawning. Whatever it was about him, Carly was intrigued. She found she was affected by their short encounter. She stood looking out the office window, watching the road long after the truck was out of sight.

Once the Formica counter was cleaned, the orders piled in neat stacks, and the boxes pushed to one side of the office, Carly took a short break. The phone rang several times and Carly wrote down the messages dutifully, placing them on George’s desk. A warehouse man came in and introduced himself before lunch, but was gone before Carly could question him about the truck Brand St. Clair had taken.

With time on her hands, the afternoon dragged, and Carly busied herself by sorting through the filing cabinets. If the office was in disarray, it was nothing compared to the haphazard methods George Hamlyn employed for filing.

When George sauntered in around five he stopped in the doorway and glanced around before giving Carly an approving nod.

“I’d like to talk to you a minute,” she said stiffly. She wasn’t above admitting she’d made a mistake by moving to Alaska. She could cut her losses and head back to Seattle. If he needed someone to clean house, she wasn’t it.

Borrowed Dreams and The Trouble with Caasi 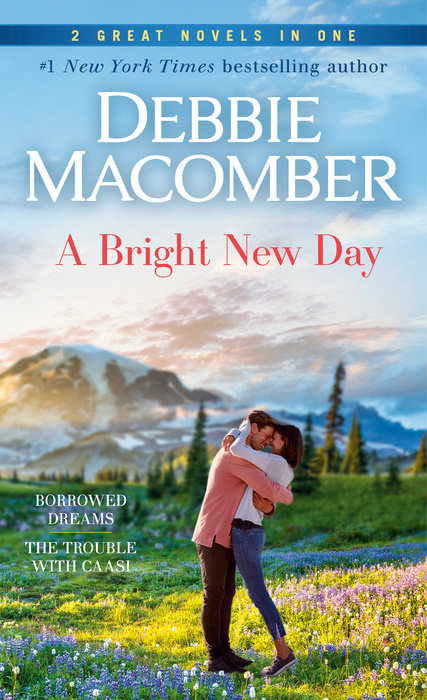