Introducing the first volume in an exciting new annual anthology featuring the year’s most outstanding fiction by some of today’s finest African American writers.

From stories that depict black life in times gone by to those that address contemporary issues, this inaugural volume gathers the very best recent African American fiction. Created during a period of electrifying political dialogue and cultural, social, and economic change that is sure to captivate the imaginations of writers and readers for years to come, these short stories and novel excerpts explore a rich variety of subjects. But most of all, they represent exceptional artistry.

Here you’ll find work by both established names and up-and-comers, ranging from Walter Dean Myers to Chimamanda Ngozi Adichie, Mat Johnson, and Junot Díaz. They write about subjects as diverse as the complexities of black middle-class life and the challenges of interracial relationships, a modern-day lynching in the South and a young musician’s coming-of-age during the Harlem Renaissance. What unites these stories, whether set in suburbia, in eighteenth-century New York City, or on a Caribbean island that is supposed to be “brown skin paradise,” is their creators’ passionate engagement with matters of the human heart.


Please click the "Behind the Book" link for contributor’s bios.


"Over the course of American literary history African Americans tried many times to read, write, and publish their own books as a sign of cultural independence and racial entrepreneurism. In the end, the act of wiring black fiction was both quixotic and heroic. It served black and white readers alike by reminding them that black people wanted to write fiction, for its own sake and because it might empower the race. And it served the nation by reminding everyone that the creation of black literature was an act of freedom. For every new possibility that blacks fulfilled, such as the utterly preposterous one of becoming fiction writers, further possibilities opened for everyone else.

The effort required, however, was daunting.Not until after the Civil War would African American writers become sufficiently practiced in the craft of fiction writing to produce more than one novel or enough short stories to be collected in a volume. But those early writers, unpracticed and frequently unoriginal as they may have been, did much to establish a tradition of black literature. While these literary ancestors did not directly influence black writers who came later, one can appreciate them for a variety of reasons, even just for persevering to get what was in their heads on paper, at a time when society was organized to ensure that they had nothing in their heads and no way of putting anything on paper. For later generations, filiopiety has limits but also satisfies certain necessities of the mind and heart. As the bassist Charles Mingus once put it so succinctly, "Thank god I've got roots!"


"Considering the time and place of my Southern upbringing, it ought to come as no surprise that most of the books I encountered were by white authors. The libraries and schools were full of books by no one else. Not for years would I discover James Baldwin's Go Tell It on the Mountain, the first book that truly spoke to me. It depicted a world I closely identified with; more than that, it suggested to me for the first time that I might become a writer, that my life as a young African American boy was story worthy of being written.While I can't claim that reading saved my life, books nevertheless profoundly shaped me. They made my dreams bigger.

Being asked to write the introduction for the inaugural volume of Best African American Fiction is therefore a welcome opportunity to me as a reader and an honor to me as an author. It's the perfect chance to get acquainted with some of the best work by the best African American writers being published today. With this volume, whose knockout roster reads like a who's who of contemporary black fiction, it's difficult to know where to begin." ~E. Lynn Harris
Walter Dean Myers (1937-2014) was one of the premier authors of children’s books. Among his many honors are two Newbery Honor Books, Scorpions and Somewhere in the Darkness. He is also a two-time recipient of the Coretta Scott King Award for Now Is Your Time! and Fallen Angels. In addition, Myers has received the Margaret A. Edwards Award for his contribution to young adult literature. Myers was also named the 2012 National Ambassador for Young People’s Literature.

Mat Johnson is the author of the novels Pym, Drop, and Hunting in Harlem, the nonfiction novella The Great Negro Plot, and the comic books Incognegro and Dark Rain. He is a recipient of the United States Artist James Baldwin Fellowship, the Hurston/Wright Legacy Award, and the John Dos Passos Prize for Literature. He is a faculty member at the University of Houston Creative Writing Program.

Junot Díaz was born in the Dominican Republic and raised in New Jersey. He is author of the critically acclaimed Drown; The Brief Wondrous Life of Oscar Wao, which won the 2008 Pulitzer Prize and the National Book Critics Circle Award; and This is How You Lose Her, a New York Times bestseller and National Book Award finalist. He is the recipient of a MacArthur “Genius” Fellowship, PEN/Malamud Award, Dayton Literary Peace Prize, Guggenheim Fellowship, and PEN/O. Henry Award. A graduate of Rutgers College, Diaz is currently the fiction editor at Boston Review, and the Rudge and Nancy Allen Professor of Writing at MIT. 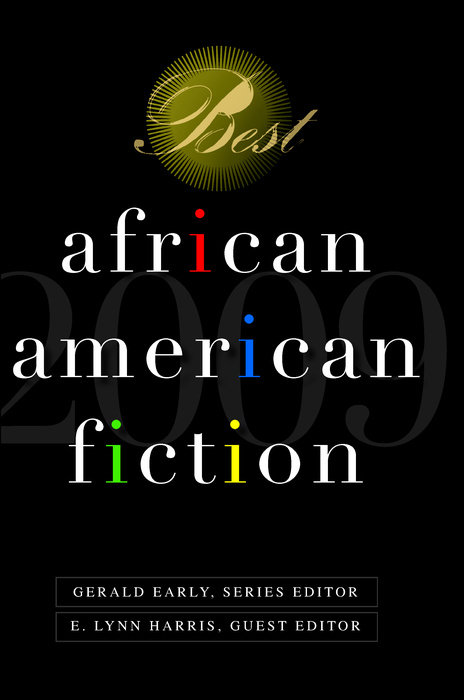