A KILLER WAS FULLY COMMITTED

Twin Cities businessman Ken Loy is the first to die; shot between the eyes during a sunset bike ride. Half an hour later, Bob Fabian, the rich and handsome owner of the Minneapolis Times Register, meets a similar fate. It was a year ago when Loy broadsided the VW Beetle driven by Fabian’s wife, Valerie, killing her instantly. Coincidence? Sleuthing food critic Sophie Greenway doesn’t buy it.

Indeed, the elegant Rookery Club, where the upper crust gathers to drink, dine, and gossip, is already simmering with rumors–about the murders, about a Times Register reporter’s shameless fabrication of news stories, about rifts in two high-profile relationships. So when Sophie turns up the heat, the lethal bouillabaisse of twisted love, sadistic rage, and insatiable greed boils over. It seems that poisonous concoction murder du jour is back on the menu. . . .

An excerpt from No Reservations Required

When Ken Loy left his house for the last time, it was just beginning to turn dark. His bicycle, a LeMond with a superlight Reynolds 853 mainframe, was leaning against a stack of firewood in the garage. Ken loved riding at night, loved drawing the fresh, cool air into his lungs after being cooped up inside an office all day. He worked such long hours at Miller & Gustafson that his evenings were the only time he had for exercise and relaxation.

Ken Loy was the divorced father of two teenage daughters. He saw his kids mostly on weekends when he’d take them to a movie or a sporting event— whatever was around that interested them. During the past summer, he’d finally met a woman he liked a lot, but he had so little free time that the relationship had pretty much died on the vine.

That had been the problem in his marriage, too. Ken never seemed to have enough hours in the day for everything that needed to be done. But how was a guy supposed to get ahead if he didn’t keep his nose to the grindstone? Ken had never believed his wife when she insisted that his job came first, last, and in between. But now he was beginning to wonder if she wasn’t right. If—God forbid—his life should end tonight, he wouldn’t have much to show for it other than a bank account and dozens of empty prescription bottles of Prilosec.

After checking his water bottle, Ken hopped on. He tightened the strap on his helmet—making sure his earphones were perfectly positioned in his ears— then turned on his CD player, adjusted the sound, and finally pumped off down Raymond Avenue.

It took only a few minutes to reach his destination— Shepard Road. Sailing along the bike path on the double highway, with railroad tracks on one side of him and the Mississippi River on the other, Ken felt happy for the first time all day. The air was a tonic, and Rod Stewart, his favorite singer, blasted all the cobwebs out of his brain.

Although the year hadn’t exactly been a banner one for Ken Loy, he was doing his best to put the horror of last fall behind him. Exercise was a big part of that, and tonight it felt especially good to be alive.

Rush hour was long over. Now that the sun was almost down, the traffic had thinned to a trickle. He could see the headlights of cars behind him strike the road ahead, then whoosh past. Downtown St. Paul shimmered in the distance, the last rays of the setting sun hitting the tall buildings and turning them a fiery gold. Ken loved St. Paul, couldn’t imagine living anywhere else. Even though he’d never used it, his undergraduate degree from the University of Minnesota was in Urban Studies. If any city in the United States had suffered from a complete lack of urban planning, it was St. Paul. The last governor of Minnesota once commented on national TV that the city had been platted by drunken Irishmen. The uproar the statement had created would dog the poor man to his grave.

The truth was, the planners probably were drunk, although Irish was by no means the only ethnic group to be evicted from the military compound at Fort Snelling and dumped on the shores of a spectacular bend in the upper Mississippi, shortly to be known as St. Paul. For good or ill, the town had been carved out by bootleggers, French Canadian fur trappers and traders, dishonored soldiers, Swiss refugees—a jumble of assorted outcasts, misfits, and murderers. Ken felt comfortable in that company. Nobody in that lot could judge him and find him wanting.

Ken always pointed out interesting buildings to his girls, peppering his conversation with the history he’d learned in school. Since the divorce, he had grown closer to his daughters. He called them more and more lately, looking for ways to engage them. As he thought about it now, gazing up at the glowing antique streetlamps that lighted this section of Shepard Road, there was so much he wanted to show them, so much he wanted to see again through their eyes.

Up ahead, Ken spied a construction site he’d been hoping to get a closer look at. He cycled past it almost every night, but a few of the crew always remained and he didn’t want them to think he was snooping. Tonight, the area was empty of trucks. The new construction was part of a large condo complex on the river. The house he bought after the divorce was so big, he never felt he had enough time to take care of it. A small condo might be the perfect solution. If he lived here, he could even walk to work.

Before turning off onto a dirt road to take a closer look, Ken glanced over his shoulder and saw bright headlights approaching. He hung a quick right as Stewart’s voice belted out “Downtown Train” in his ears. The breeze off the river ruffled his hair. It was hard to see the building in the darkness, but if he just got close enough . . .

Suddenly, Ken felt a blow from behind, projecting him up and over the handlebars with such force that the bike went one way and he went another. He slammed into the dirt on his right shoulder, feeling a bone in his arm snap. Dazed and in pain, he tried to get his bearings. He twisted around just as a vehicle moved up next to him. The headlights were off. The motor was idling. All the windows were closed.

Ken’s fright turned instantly to fury. “You shit-head!” he screamed. “Look what you did! I’m hurt! For God’s sake, help me!”

The passenger’s window opened. An arm eased out.

Ken’s eyes locked on the gun. “Hey,” he said, scrambling backward. “No! Stop! Please!” he pleaded. “You’ve got the wrong guy! My name’s Loy. Ken Loy.”

The gunshots to Ken’s head had all the earmarks of an execution. In the end, the police would find that it was. 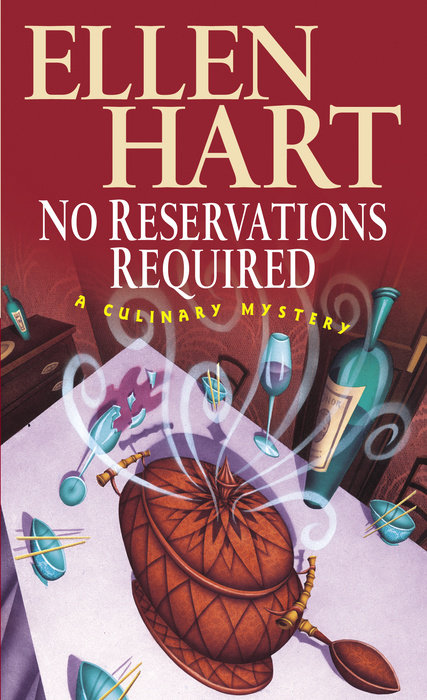