At last in one volume, the eight original installments of the epic Lost Tribe of the Sith eBook series . . . along with the explosive, never-before-published finale, Pandemonium—more than one hundred pages of new material!

Five thousand years ago. After a Jedi ambush, the Sith mining ship Omen lies wrecked on a remote, unknown planet. Its commander, Yaru Korsin, battles the bloodshed of a mutinous faction led by his own brother. Marooned and facing death, the Sith crew have no choice but to venture into their desolate surroundings. They face any number of brutal challenges—vicious predators, lethal plagues, tribal people who worship vengeful gods—and like true Sith warriors, counter them with the dark side of the Force.

The struggles are just beginning for the proud, uncompromising Sith, driven as they are to rule at all costs. They will vanquish the primitive natives, and they will find their way back to their true destiny as rulers of the galaxy. But as their legacy grows over thousands of years, the Sith ultimately find themselves tested by the most dangerous threat of all: the enemy within.

An excerpt from Lost Tribe of the Sith: Star Wars Legends: The Collected Stories

“Lohjoy! Give me something!” Scrambling to his feet in the darkness, Captain Korsin craned his neck to find the hologram. “Thrusters, attitude control—I’ll even take parking jets!”
A starship is a weapon, but it’s the crew that makes it deadly. An old spacer’s line: trite, but weighty enough to lend a little authority. Korsin had used it himself on occasion. But not today. His ship was being deadly all on its own—and his crew was just along for the ride.
“We’ve got nothing, Captain!” The serpent-haired engineer Lohjoy flickered before him, off-kilter and out of focus. Korsin knew things below decks must be bad if his upright, uptight Ho’Din genius was off-balance. “Reactors are down! And we’ve got structural failures in the hull, both aft and—”
Lohjoy shrieked in agony, her tendrils bursting into a mane of fire that sent her reeling out of view. Korsin barely suppressed a startled laugh. In calmer times—half a standard hour ago—he’d joked that Ho’Din were half tree. But that was hardly appropriate when the whole engineering deck was going up. The hull had ruptured. Again.

The hologram expired—and all around the stocky captain warning lights danced, winked, and went out. Korsin plopped down again, clutching at the armrests. Well, the chair still works. “Anything? Anybody?”
Silence—and the remote grinding of metal.
“Just give me something to shoot at.” It was Gloyd, Korsin’s gunnery officer, teeth shining in the shadows. The half smirk was a memento from a Jedi light-saber swipe years earlier that just missed taking the Houk’s head off. In response, Gloyd had cultivated the only wit aboard as acidic as the commander’s own—but the gunner wasn’t finding much funny today. Korsin read it in the brute’s tiny eyes: Death in combat’s one thing. But this is no way to go.
Korsin didn’t bother to look at the other side of the bridge. Icy glares there could be taken as a given. Even now, when Omen was crippled and out of control.
“Anybody?”
Even now. Korsin’s bushy eyebrows flared into a black V. What was wrong with them? The adage was right. A ship needed a crew united in purpose—only the purpose of being Sith was the exaltation of self. Every ensign an emperor. Every rival’s misstep, an opportunity. Well, here’s an opportunity, he thought. Solve this, someone, and you can flatout have the blasted comfy chair.
Sith power games. They didn’t mean much now—not against the insistent gravity below. Korsin looked up again at the forward viewport. The vast azure orb visi ble earlier was gone, replaced by light, gas, and grit raining upward. The latter two, he knew, came from the guts of his own ship, losing the fight against the alien atmosphere. Whatever it was, the planet had Omen now. An uncontrolled descent from orbit took a long time, surprisingly long. More time to contemplate your destruction, his father had always said. But the way the ship was shaking, Korsin and his crew might be robbed even of that dubious privilege.
“Remember,” he yelled, looking at his entire bridge crew for the first time since it had started. “You wanted to be here!”


And they had wanted to be there—most of them, any way. Omen had been the ship to get when the Sith mining flotilla gathered at Primus Goluud. The Massassi shock troops in the hold didn’t care where they went— who knew what the Massassi even thought half the time, presuming they did at all. But many sentients who had a choice in the matter picked Omen.
Saes, captain of the Harbinger, was a fallen Jedi: an unknown quantity. You couldn’t trust someone the Jedi couldn’t trust, and they would trust just about anyone. Yaru Korsin, the crew members knew. A Sith captain owning a smile was rare enough, and always suspect. But Korsin had been at it for twenty standard years, long enough for those who’d served under him to spread the word. A Korsin ship was an easy ride.
Just not today. Fully loaded with Lignan crystals, Harbinger and Omen had readied to leave Phaegon III for the front when a Jedi starfighter tested the mining fleet’s defenses. While his crescent-shaped Blade fighters tangled with the intruder, Korsin’s crew made preparations to jump to hyperspace. Protecting the cargo was paramount—and if they managed to make their delivery before the Jedi turncoat made his, well, that was just a bonus. The Blade pilots could hitch back on Harbinger.
Only something had gone wrong. A shock to the Harbinger, and then another. Sensor readings of the sister ship went nonsensical—and Harbinger yawed dangerously toward Omen. Before the collision warning could sound, Korsin’s navigator reflexively engaged the hyperdrive. It had been in the nick of time . . .

Silence. Korsin coughed and opened his eyes. They were still alive.
“No,” Seelah said, kneeling and clinging to Jariad. “We’re already dead.”
Thanks to you, she did not say—but Korsin felt the words streaming at him through the Force. He didn’t need the help. Her eyes said plenty. 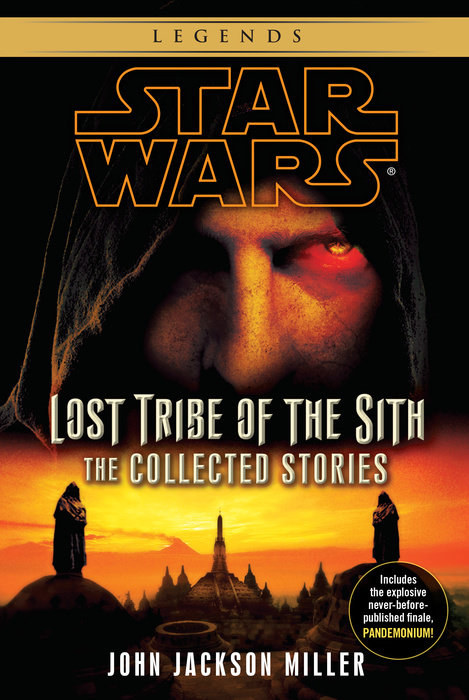