She writes the kind of thrillers that keep readers and critics awake all night.

She grabs you with a story as frightening as your worst fears, as chilling as your unspoken secrets.

She is New York Times bestselling writer Tami Hoag, today's most exciting master of suspense.  Ashes to Ashes is her most terrifying novel yet...read on...

Some killers are born.

For him, the question is irrelevant.  The taste for murder has always been present, prowling the edge of his consciousness like a hungry wolf.  In a wooded Minneapolis park, he performs his profane ceremony.  He arranges the body to his satisfaction.  He pours the accelerant, anointing the dead.  Then he lights the match.

The newspapers have dubbed him the Cremator.  He has already claimed three lives.  And he won't stop there.  He has a plan for greatness.  Only this time there is a witness.  A teenage runaway with a dubious identity and a murky past, Angie DiMarco has seen the face of the killer in the flickering light of the funeral pyre.  Now the police have Angie, but Angie isn't talking.

Enter Kate Conlan.  She knows all too well the dark side of the human heart.  Once an up-and-coming FBI agent, she left the Bureau under a cloud of scandal.  Now, instead of catching criminals, she helps their victims and protects witnesses.  The job of advocate suits her just fine--until she's assigned to Angie.

Not even Kate can tell if the troubled youth is a reluctant witness, a potential victim, or something more troubling still.  Her superiors are interested only in badgering Angie for a lead, because the Cremator's latest victim may be the daughter of Peter Bondurant--an enigmatic billionaire businessman with power to influence the way the case is handled.

Bondurant pulls strings and gets Special Agent John Quinn brought to the case.  The FBI's ace profiler of serial killers, Quinn shares a painful past with Kate and hides a secret that is driving him toward madness.  He is a man on a ragged edge, and yet his insatiable need to do justice drives him to catch the Cremator--no matter what the cost to himself.

Amid a frenzy of public hysteria, politics, and media attention, Kate is confronted with the most difficult role of her career--and her life.  For she is the one woman who has what it takes to stop the Cremator...and the one woman he wants next.

An excerpt from Ashes to Ashes

Some killers are born. Some killers are made. And sometimes the origin of desire for homicide is lost in the tangle of roots that make an ugly childhood and a dangerous youth, so that no one may ever know if the urge was inbred or induced.

He lifts the body from the back of the Blazer like a roll of old carpet to be discarded. The soles of his boots scuff against the blacktop of the parking area, then fall nearly silent on the dead grass and hard ground. The night is balmy for November in Minneapolis. A swirling wind tosses fallen leaves. The bare branches of the trees rattle together like bags of bones.

He knows he falls into the last category of killers. He has spent many hours, days, months, years studying his compulsion and its point of origin. He knows what he is, and he embraces that truth. He has never known guilt or remorse. He believes conscience, rules, laws, serve the individual no practical purpose, and only limit human possibilities.

"Man enters into the ethical world through fear and not through love."
--Paul Ricoeur, Symbolism of Evil.

His True Self adheres only to his own code: domination, manipulation, control.

A broken shard of moon glares down on the scene, its light faint beneath the web of limbs. He arranges the body to his satisfaction and traces two intersecting X's over the left upper chest. With a sense of ceremony, he pours the accelerant. Anointing the dead. Symbolism of evil. His True Self embraces the concept of evil as power. Fuel for the internal fire.

The sounds are ordered and specific, magnified by his excitement. The scrape of the match against the friction strip, the pop as it bursts with flame, the whoosh of the fire as it comes alive and consumes. As the fire burns, his memory replays the earlier sounds of pain and fear. He recalls the tremor in her voice as she pleaded for her life, the unique pitch and quality of each cry as he tortured her. The exquisite music of life and death.

For one fine moment he allows himself to admire the drama of the tableau. He allows himself to feel the heat of the flames caress his face like tongues of desire. He closes his eyes and listens to the sizzle and hiss, breathes deep the smell of roasting flesh.

Elated, excited, aroused, he takes his erection out of his pants and strokes himself hard. He brings himself nearly to climax, but is careful not to ejaculate. Save it for later, when he can celebrate fully.

His goal is in sight. He has a plan, meticulously thought out, to be executed with perfection. His name will live in infamy with all the great ones--Bundy, Kemper, the Boston Strangler, the Green River Killer. The press here has already given him a name: the Cremator.

It makes him smile. It makes him proud. He lights another match and holds it just in front of him, studying the flame, loving the sinuous, sensuous undulation of it. He brings it closer to his face, opens his mouth, and eats it.

Then he turns and walks away. Already thinking of next time.

The sight burned its impression into the depths of her memory, into the backs of her eyeballs so that she could see it when she blinked against the tears. The body twisting in slow agony against its horrible fate. Orange flame a backdrop for the nightmare image.

She ran, her lungs burning, her legs burning, her eyes burning, her throat burning. In one abstract corner of her mind, she was the corpse. Maybe this was what death was like. Maybe it was her body roasting, and this consciousness was her soul trying to escape the fires of hell. She had been told repeatedly that was where she would end up.

In the near distance she could hear a siren and see the weird flash of blue and red lights against the night. She ran for the street, sobbing, stumbling. Her right knee hit the frozen ground, but she forced her feet to keep moving.

The cruiser still rocked at the curb. The door was open. The cop was on the boulevard, gun drawn and pointed straight at her.

"Help me!" The words rasped in her throat.

"Help me!" she gasped, tears blurring her vision.

The cop was beside her in an instant, holstering his weapon and dropping to his knees to help. Must be a rookie, she thought dimly. She knew fourteen-year-old kids with better street instincts. She could have gotten his weapon. If she'd had a knife, she could have raised herself up and stabbed him.

He pulled her up into a sitting position with a hand on either shoulder. Sirens wailed in the distance.

"What happened? Are you all right?" he demanded. He had a face like an angel.

"I saw him," she said, breathless, shaking, bile pushing up the back of her throat. "I was there. Oh--Jesus. Oh--shit. I saw him!" 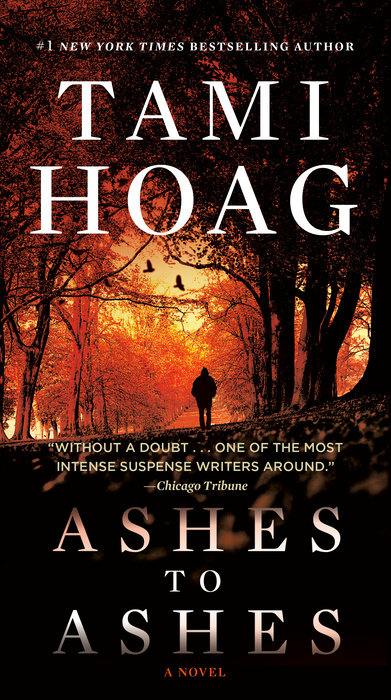