In her latest thriller, New York Times bestselling author Tami Hoag takes readers on a suspense-filled ride of shocks and twists leading to an explosive finish. It is the story of an ex-cop, a missing girl, and a killer locked in a race where there can be only one winner—and the losers die trying.

In a trailer in a Florida swamp, time is running out for eighteen year-old Erin Seabright. A pawn in a kidnapper's terrifying game for a ransom no one can pay, her last hope is a washed-up ex-cop who has already lost it all-not once, but twice.

The wealthy world of the Palm Beach horse set seems a long way from a cop's world in the narcotics division. A lifetime ago, undercover sheriff's detective Elena Estes worked the mean streets and BackTop alleys, living by her wits and playing the long odds until she took one risk too many. Now Estes lives on the ragged edge of lost hope and self-hatred, hiding from the past and believing she doesn't deserve to have a future. But the past is about to come back with a vengeance, and the future is about to become a race between life and death.

A young woman is missing and her twelve year-old stepsister comes to Estes for help. No one but serious, studious Molly Seabright seems concerned about what's happened to her troubled older sister. But Molly is convinced Erin is in danger. Estes has no P.I. license, no interest in a new career, and no desire to break her self-imposed exile. But the more she learns about the people Erin Seabright was involved with, the more her long-dormant cop instincts come back to life.

One trip to the show grounds where Erin worked as a groom, and Estes is quickly pulled to the dark side of a glamorous sport. Behind the glittering, ultra-rich facade is an ultra-ruthless world of drugs, payoffs, and dirty deals. A world of dissolute playboys and crooked horse-dealers, of royalty and rabble, of rivals and enemies. An obscenely wealthy world where anything can be had for a price—including a life.

And in that world stalks a killer who will lead Estes down a dark, twisted trail of decadence and deceit, mayhem and murder—from the gilded life of Palm Beach to the darkest corners of the Florida swamps, to a final show-down that could cost her everything. A race against time and evil. A race in which Estes is the dark horse—and no one is betting on her to win.

An excerpt from Dark Horse

Life can change in a heartbeat. I’ve always known that. I’ve lived the truth of that statement literally from the day I was born. I sometimes see those moments coming, sense them, anticipate them. I see one coming now. Adrenaline runs through my bloodstream like rocket fuel. My heart pounds like a piston. I’m ready to launch.

I’ve been told to stay put, to wait, but I know that’s not the right decision. If I go in first, if I go in now, I’ve got the Golam brothers dead-bang.They think they know me.Their guard will be down. I’ve worked this case three months. I know what I’m doing. I know that I’m right. I know the Golam brothers are already twitching. I know I want this bust and deserve it. I know Sikes is here for the show, to put a feather in his cap when the news vans arrive and make the public think they should vote for him in the next election for sheriff.

He stuck me on the side of the trailer and told me to wait. He doesn’t know his ass. He doesn’t even know the side door is the door the brothers use most. While Sikes and Ramirez are watching the front, the brothers are dumping their money into duffel bags and getting ready to bolt out the side. Billy Golam’s 4 X 4 is parked ten feet away, covered in mud. If they run, they’ll take the truck, not the Corvette parked in front.The truck can go off-road.

Sikes is wasting precious time.The Golam brothers have two girls in the trailer with them.This could easily turn into a hostage situation. But if I go in now, while their guard is down . . .

Screw Sikes. I’m going in before these twitches freak. It’s my case. I know what I’m doing. I hit the button on my radio. “This is stupid. They’re going to break for the truck. I’m going in.”

I click the radio off and drop it into the weeds growing beside the trailer. It’s my case. It’s my bust. I know what I’m doing.

I go to the side door and knock the way all the Golam brothers’ customers knock: two knocks, one knock, two knocks.“Hey, Billy, it’s El. I need some.”

Billy Golam jerks open the door, wild-eyed, high on his own home cooking--crystal meth. He’s breathing hard. He’s got a gun in his hand.

The front door explodes inward. One of the girls screams.

Billy Golam swings the .357 up in my face. I suck in my last breath.

He turns abruptly and fires. The sound is deafening and yet I hear someone shout:“Officer down!”

Billy Golam knocks me aside, bolts down the stairs and runs forthe truck.

I scramble to get my feet under me. I pull my weapon. I try to run before I’m upright, stumble and hit the ground with one knee. Gunfire pops at the front of the trailer.The truck engine roars to life.

“Billy!” I scream, running for the truck, my only thought that I can’t let him get away.

The truck lurches forward. I leap at it, grabbing the side mirror with my free hand. One foot hits the running board and skids out from under me. Golam hits the gas hard. He’s shooting out the passenger window, screaming:“Fuck! Fuck! Fuck!”

I try to bring my gun up as the truck hits the pavement and makes a hard left. I’m like a rag doll clinging to the door.

Billy Golam screams like a madman. He looks right at me, mouth wide open, eyes bugging from his head. He cranks the wheel hard left again and kicks the door open as the truck squeals into a U-turn. Horns are honking, tires screeching. I’m hanging in space. I can’t hold on. I hit the pavement and darkness sweeps over me in the form of a three-quarter-ton truck.


And then I opened my eyes and felt sick at the knowledge that I was still alive. This was the way I had greeted every day for the past two years. I had relived that memory so many times, it was like replaying a movie over and over and over. No part of it changed, not a word, not an image. I wouldn’t allow it.

I lay in the bed and thought about slitting my wrists. Not in an abstract way. Specifically. I looked at my wrists in the soft lamplight--delicate, as fine-boned as the wing of a bird, skin as thin as tissue, blue-lined with veins--and thought about how I would do it. I looked at those thin blue lines and thought of them as lines of demarcation. Guidelines. Cut here. I pictured the needle-nose point of a boning knife. The lamplight would catch on the blade. Blood would rise to the surface in its wake as the blade skated along the vein. Red. My favorite color.

The image didn’t frighten me. That truth frightened me most of all.

I looked at the clock. 4:38 A.M. Rise and whine. I’d had my usual fitful four and a half hours of sleep. Trying for more was an exercise in futility.

Trembling, I forced my legs over the edge of the bed and got up, pulling a deep blue chenille throw around my shoulders. The fabric was soft, luxurious, warm. I made special note of the sensations. You’re always more intensely alive the closer you come to looking death in the face.

I wondered if Hector Ramirez had realized that the split second before I got him killed.
I wondered that every day.
I dropped the throw and went into the bathroom.

Too thin. Hair a wild black tangle. Eyes too large, too dark, as if there was nothing within to shine outward. The crux of my problem: lack of substance. There was---is--a vague asymmetry to my face, like a porcelain vase that has been broken, then painstakingly restored. The same vase it was before, and yet not the same. The same face I was born with, yet not the same. Slightly skewed and strangely expressionless. I was beautiful once.

I reached for a comb on the counter, knocked it to the floor, grabbed a brush instead. Start at the bottom, work upward. Like combing a horse’s tail. Work the knots out gently. But I had already tired of looking at myself. Anger and resentment bubbled up through me, and I tore the brush through the hair, shoving the snarls together and tangling the brush in the midst of the mess. I tried maybe forty-five seconds to extricate the thing, yanking at the brush, tearing at the hair above the snarl, not caring that I was pulling hairs out of my head by the roots. I swore aloud, swatted at my image in the mirror, swept the tumbler and soap dish off the counter in a tantrum, and they smashed on the tile floor. Then I jerked open a drawer in the vanity and pulled out a scissors.

Furious, shaking, breathing hard, I cut the brush free. It dropped to the floor with a mass of black hair wrapped around it. The pressure in my chest eased. Numbness trickled down through me like rain. Calm.

Without emotion, I proceeded to hack away at the rest of my mane, cutting it boy-short in ten minutes. The end result was ragged, with a finger-in-the-light-socket quality. Still, I’d seen worse in Vogue.

I swept up the mess---the discarded hair, the broken glass--tossed it in the trash and walked out of the room.

I’d worn my hair long as long as I could remember. 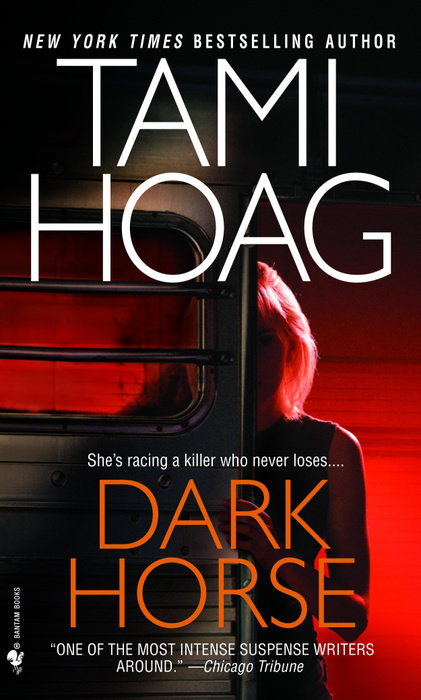