A cold-blooded kidnapper has been playing a twisted game with a terrified Minnesota town. Now a respected member of the community stands accused of a horrific act of evil. But when a second boy disappears, a frightened public demands to know: Have the police caught the wrong man? Is the nightmare continuing—or just beginning?

Prosecutor Ellen North believes she’s building a case against a guilty man—and that he has an accomplice in the shadows. As she prepares for the trial of her career, Ellen suddenly finds herself swept into a cruel contest of twisted wits, a dark dance of life and death . . . with an evil mind as guilty as sin.

Praise for Tami Hoag and Guilty as Sin

“Without a doubt . . . one of the most intense suspense writers around.”—Chicago Tribune

“A chilling study of evil that holds the reader until the shocking surprise ending.”—New York Times bestselling author Phillip Margolin

“The tangled relationships that lie just beneath the surface of Deer Lake are tantalizingly revealed.”—The New York Times Book Review

An excerpt from Guilty as Sin

"If I were after you for nefarious purposes," he said as he advanced on her, "would I be so careless as to approach you here?"

He pulled a gloved hand from his pocket and gestured gracefully to the parking lot, like a magician drawing attention to his stage.

"If I wanted to harm you," he said, stepping closer, "I would be smart enough to follow you home, find a way to slip into your house or garage, catch you where there would be little chance of witnesses or interference." He let those images take firm root in her mind. "That's what I would do if I were the sort of rascal who preys on women." He smiled again. "Which I am not."

"Who are you and what do you want? " Ellen demanded, unnerved by the fact that a part of her brain catalogued his manner as charming. No, not charming. Seductive. Disturbing.

"Jay Butler Brooks. I'm a writer--true crime. I can show you my driver's license if you'd like," he offered, but made no move to reach for it, only took another step toward her, never letting her get enough distance between them to diffuse the electric quality of the tension.

"I'd like for you to back off," Ellen said. She started to hold up a hand, a gesture meant to stop him in his tracks--or a foolish invitation for him to grab hold of her arm. Pulling the gesture back, she hefted her briefcase in her right hand, weighing its potential as a weapon or a shield. "If you think I'm getting close enough to you to look at a DMV photo, you must be out of your mind."

"Well, I have been so accused once or twice, but it never did stick. Now my Uncle Hooter, he's a different story. I could tell you some tales about him. Over dinner, perhaps?"

He gave her a crestfallen look that was ruined by the sense that he was more amused than affronted. "After I waited for you out here in the cold?"

"After you stalked me and skulked around in the shadows?" she corrected him, moving another step backward. "After you've done your best to frighten me?"

"I frighten you, Ms. North? You don't strike me as the sort of woman who would be easily frightened. That's certainly not the impression you gave at the press conference."

"I thought you said you aren't a reporter."

"No one at the courthouse ever asked," he confessed. "They assumed the same way you assumed. Forgive my pointing it out at this particular moment, but assumptions can be very dangerous things. Your boss needs to have a word with someone about security. This is a highly volatile case you've got here. Anything might happen. The possibilities are virtually endless. I'd be happy to discuss them with you. Over drinks," he suggested. "You look like you could do with one."

"If you want to see me, call my office."

"Oh, I want to see you, Ms. North," he murmured, his voice an almost tangible caress. "I'm not big on appointments, though. Preparation time eliminates spontaneity."

"I prefer to catch people...off balance," he admitted. "They reveal more of their true selves."

"I have no intention of revealing anything to you." She stopped her retreat as a group of people emerged from the main doors of City Center. "I should have you arrested."

He arched a brow. "On what charge, Ms. North? Attempting to hold a conversation? Surely y'all are not so inhospitable as your weather here in Minnesota, are you?"

She gave him no answer. The voices of the people who had come out of the building rose and fell, only the odd word breaking clear as they made their way down the sidewalk. She turned and fell into step with the others as they passed.

Jay watched her walk away, head up, chin out, once again projecting an image of cool control. She didn't like being caught off guard. He would have bet money she was a list maker, a rule follower, the kind of woman who dotted all her i's and crossed all her t's, then doublechecked them for good measure. She liked boundaries. She liked control. She had no intention of revealing anything to him.

"But you already have, Ms. Ellen North," he said, hunching up his shoulders as the wind bit a little harder and spit a sweep of fine white snow across the parking lot. "You already have." 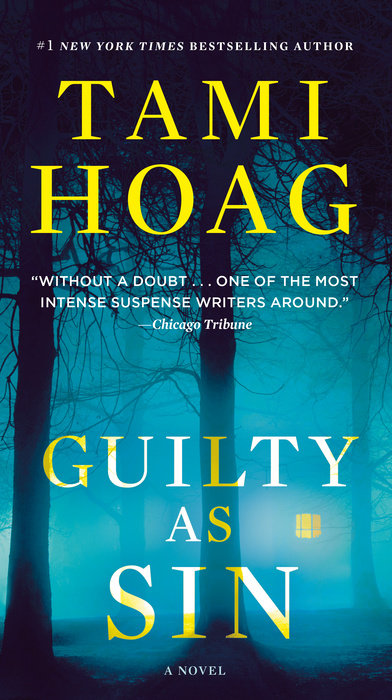