She was a gorgeous rebel.

Defying all the rules, daring to speak her mind, Charlotte Edgerton declared her independence before she even entered the Earl of Denbigh's home. Her new guardian immediately made her a prisoner in her own room—until she agreed to learn the lady-like arts. Furious, she complied. Anything to buy her freedom from Denbigh. She's even marry a man she didn't love to get away from her domineering guardian. In fact, love was the furthest thing from her mind...

He was the Earl who vowed to tame her.

Lionel Morgan, Earl of Denbigh, had been betrayed at the altar by another woman and vowed that no female would ensnare him again. Then Charlotte Edgerton burst into his life. Denbigh wasn't prepared for this headstrong American—or the passions she inspired on first sight. He knew only that he had to civilize her, present her at court, and Almack's, and then marry her off to the highest bidder. It wasn't until he nearly lost her that he realized the truth: She'd somehow reversed their roles and become the captor of his heart.

An excerpt from Captive

The bride was late.  The guests were starting to whisper.  Lionel Morgan, Earl of Denbigh, stood waiting near the altar of St. Paul's Church in London with his best friend and groomsman, Percival Porter, Viscount Burton, who also happened to be the bride's elder brother.

"Where is she, Percy?"  Denbigh asked.  "What do you suppose is causing the delay?"

"You know the ladies, Lion.  It takes them an eternity to dress themselves. Alice hasn't been on time for anything in her entire life.  She was even born two weeks late.  You cannot expect a rare bird like Alice to change her feathers simply because she is getting married."  Percy smiled and gave Denbeigh a friendly cuff on the shoulder.  "Be patient.  It cannot be long now."

A commotion in the vestry attracted Denbigh's attention.  Heads swiveled in the congregation to see what was amiss.  It took Denbigh only a moment to recognize the Marquis of Peterborough, Percy and Alice's father, and another moment to see that the marchioness was hanging on his sleeve, trying vainly to stop him.

"She's bolted!" Peterborough said, his voice echoing off the church's high ceiling as he marched down the aisle toward Denbigh.  He shook a piece of crumpled parchment--apparently a note from Alice--in Denbigh's face.  "The foolish chit has run away.  She says she will not marry you."

The wedding guests gave a collective gasp and began to whisper in earnest, creating a buzzing sound not unlike a nest of hornets.

Denbigh felt his skin prickle.  His heart pounded in his chest as adrenaline laced his blood.  He was having difficulty grasping the enormity of the catastrophe that had befallen him.  The woman he loved--the woman he had believed loved him--had run away rather than marry him.

He turned to Percy in disbelief.  "Percy? How...? Why...? Did Alice say anything to you, give you any clue that she was unhappy with the match?"

Percy stared back at him.  "I am as shocked as you are, Lion.  There must be some good explanation for Alice's behavior, but I cannot imagine what
what it is." He turned with a confused look to his parents.  "What does her note say, Father?"

"Please, may we go somewhere private?" Lady Peterborough begged.  "There has already been scandal enough to keep tongues wagging for three lifetimes."

Denbigh glanced up, square into the gawking face of Lady Hornby, a notorious gossip.  That flustered lady quickly hid her face behind an ivory fan, but as Denbigh's narrowed eyes scoured the pews, he found as many smirks as he did expressions of sympathy.  He had never considered himself a proud man, but he was a private one.  Today his pain and humiliation had been laid bare for the town.

He felt cold, as though his warm, pulsating heart had ceased pumping blood to his extremities.  He hardly noticed Percy ushering all of them into a nearby room used by the clergy.  He saw, as from a distance, Percy retrieve the crumpled note from his father and spread it out to read what it contained.

"I would not advise it, my friend," Percy said gently.  "Nothing good can come of such an interview."

"I don't care!" Denbigh said in an agonized voice.  "I have to know why she ran away." He fought the lump in his throat as he met Percy's pitying gaze.  "I love her, Percy.  I'd have her even now."

Percy hesitated another moment before he said, "Very well, Lion.  We shall go after her."

"I cannot let you do that," Percy said, shaking his blond head.  "The gel may be in disgrace, but she is my sister and still an unmarried lady.  If you're going to meet with her, she should have family nearby to protect her."

"I mean her no harm," Denbigh said.

Percy made his farewell to his parents and promised to bring Alice home if--when--they found her.

"No," the marchioness said.  "Not back to London, Percy.  Take her to the summer house near Brighton."

"Very well, Mother," Percy said.  "I will take her to the manor in Sussex.  But I can tell you Alice won't like being sent off to molder in the country."

"I don't much care what Alice wants at this point," the marquis retorted.  "Do as your mother says." 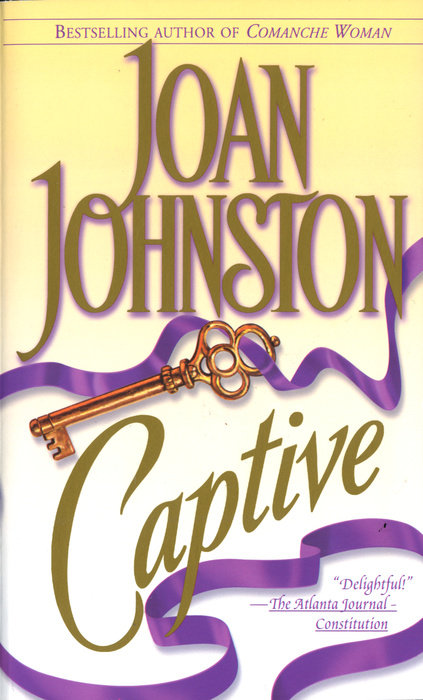