In a novel of high-riding adventure and long-simmering desire, New York Times bestselling author Joan Johnston brings to life a sweeping story of lost love, shattering secrets, and a passion waiting to be reclaimed.

More than twenty years ago, young Verity Talbot made the ultimate sacrifice to protect the man she loved: She married the brute who'd threatened to kill him. Verity, now the Countess of Rushland, also kept a shattering secret, allowing the son of Miles Broderick, Viscount Linden, to be raised as another man’s heir. Now a widow, Verity and her grown son, Rand, arrive in the Wyoming Territory to begin a new life—only to face a reckoning.

When Miles makes the stunning realization that he’s just saved the life of the only woman he has ever loved—who chose to marry another man—he is torn between anger at her betrayal and uncontrolled desire. Miles is shattered and rages against fate when he learns the truth about the son he never knew existed—until Rand is captured by a Sioux warrior. Suddenly, Miles realizes that the only future worth living is one with Verity—as they race to rescue their son and fulfill their dreams.

An excerpt from Maverick Heart

“Rand and I are going to ride ahead, Lady Talbot.”

Verity, Lady Talbot, Countess of Rushland, shifted to a more comfortable position in her sidesaddle, wishing she could race across the vast Wyoming plains herself instead of plodding along beside a wagon pulled by oxen. Experience had stolen her freedom to do impulsive things. “Is it really wise to ride off without knowing what’s ahead of you, Winnifred? You might get lost.”

“How could we possibly get lost? You can see for miles and miles in every direction.”

“Freddy is right, Mother,” Rand said. “Besides, I promise to take good care of her.”

“And I’ll take good care of Rand,” Freddy added with an impish grin.

Rand laughed. “Oh, I do hope so, minx. In every way. And very soon. Our wedding isn’t far off now.”

Freddy, bless her heart, blushed a fiery red. She always did when Rand teased her about their wedding night.

It was easy to see why her son had chosen Lady Winnifred Worth as his bride. Freddy had stunning red hair, and her figure made an eloquent statement in a dark green habit trimmed in military braid. But ­Verity wasn’t sure Rand knew what he was getting. Freddy—­imagine a young Englishwoman preferring such a name—­was as wild and brazen a young lady of seventeen as the Countess of Rushland had ever met.

Verity smiled inwardly. That was probably why she liked Freddy so much. The girl reminded her of herself at the same vulnerable age. Verity had grown up, grown staid, grown careful. Mistakes, she had learned to her regret, could be costly.

Verity dabbed at the perspiration on her forehead with a lace-­trimmed handkerchief. It came away smudged with dirt. “I know the wagon is awfully slow—­”

“And an utter dustbucket!” Rand said, brushing at kerseymere trousers that would have appalled his valet, if that man could have been persuaded to leave the hallowed shores of England and journey to the American West. The toes of his Hessians sported a layer of fine dust. “It’s a good thing Robert can’t see me now. He’d have an apoplexy.”

“You folks better stay close to the wagon,” the teamster driving the wagon warned. “There’s Injuns hereabouts. Sioux ain’t all sittin’ on the reservation eatin’ agency beef, no sirree Bob. Chances are we’ll butt heads with some hostiles.”

“You’ve been threatening us with Indians ever since we left Cheyenne two days ago,” Freddy said. “I haven’t seen so much as an eagle feather, let alone a band of murdering savages. Just grass, grass, and more grass. I think you’re making it all up!”

Freddy gasped. “What happened to your head?”

Freddy reached up to smooth the thick bun of auburn hair gathered into a net at her nape, then snugged the brim of her Spanish leghorn hat, brushing at the jaunty golden plume that skimmed her cheek. “They wouldn’t dare touch one hair on a ­lady’s head!”

“Ain’t no ladies come this way much.” The teamster spat a glob of tobacco juice onto the dusty trail that led north from Cheyenne to Fort Laramie. “You ain’t safe just ’cause you’re female, if that’s what you’re thinkin’. That red hair of yourn is sure to catch some Sioux buck’s eye. He’d take your scalp same as ol’ Rufus here.”

“He’d have to catch me first!” Freddy kicked her Thoroughbred mare into a gallop, and with a shout of excitement, Rand spurred his stallion after her.

Verity barely managed to keep her dainty chestnut mare, the best of the three Thoroughbreds she had brought all the way from England as breeding stock, from bolting after them.

“Plumb crazy,” the teamster said to no one in particular. “Giddyap there, Belle, you lazy good-­for-­nothing. Move it out, Henry, you dumb sonofabitch.”

Verity winced at the bullwhacker’s language, but forbore to correct him. Things were different in America. There was no social structure as she knew it. Even the lowliest bullwhacker considered himself the equal of an English lady. The fact that she was a countess, the widow of an earl, mattered not at all, only whether she had enough in her purse to pay the fare. Which, in her case, was becoming more and more questionable.

That was not to say that the men she had met in the West had not been deferential. She was given the same courtesy—­and curious attention—­as any other woman in this womanless land.

A bullwhip cracked over the team of oxen, accompanied by a plethora of expletives, but Verity couldn’t see that the enormous, lumbering animals increased their pace even a little.

She looked worriedly toward the horizon where her son and his fiancée had disappeared over a rise in the grassy terrain. “How much chance is there, really, of their meeting up with Indians?” she asked the teamster.

“It’s a gamble, lady.” The bullwhacker spat into the dirt again. “Maybe they will, and maybe they won’t. Out here, the stakes are high. Lose, and you lose your life.”

Verity’s hands tightened unconsciously on the reins, and her horse sidestepped. She didn’t care much for gambling. She invariably lost.

Rand was an excellent shot, and so was Freddy, for that matter, but neither of them carried weapons. Surely they would stay close enough to reach the safety of the wagon if they were attacked.

She shivered. This was a frightening land, brutal and violent. She hadn’t wanted to come to the Wyoming Territory, but once the decision had been made, there was no turning back. Every shilling she and Rand had was invested in this venture. The wagon held a year’s worth of supplies, everything they would need to set up housekeeping when they reached their destination.

As for the land itself, she was forced to admit it was breathtaking. The grass grew tall and undulated like a green, wind-­tossed sea. The vastness of this lonely place was overwhelming. They had ridden for two days without seeing another living soul except antelope and jackrabbits. It was difficult to believe there were murdering savages out there somewhere. And that this was going to be her home.

Who would have thought that the only thing of value the Earl of Rushland would leave her at his death was a cattle ranch in the Wyoming Territory? Rand, who had inherited his father’s title, but nothing else, had been persuaded to come along to help his mother run the ranch. Only days before they left their homeland, he had chosen an English bride and brought her along with him.

But really, this was the last place Verity wanted to be. Because he was here. Somewhere. The man she had once loved more than life. The father of her son.

Miles had left England twenty-­two years ago and never returned. She had kept track of his travels through stories that circulated among the ton. She knew he had spent some time on a whaler out of Boston, and that he had owned a sugar plantation in New Orleans. He had headed for Texas just before the War Between the States, and she had held her breath for four years while he fought as a member of the Confederate army.

After the war, he had bought a cattle ranch in Texas. It was a year or so later that she learned through ton gossip that Miles had driven a herd of cattle north and settled in the Wyoming Territory. What she had never learned, what she had never dared to ask, was why he had never come home to England. She had lived all those years fearing that he would return, take one look at Rand—­who had his father’s black hair and gray eyes—­and instantly surmise the truth.

That day had never come. She prayed it never would.

Fortunately, Wyoming was a big place, so their paths were unlikely to cross. Nevertheless, she would have felt better with an ocean still separating them.

When she crested the rise, the scene that greeted Verity made her stomach knot.

Rand and Freddy were laid low across their saddles, fleeing a band of savages on horseback. There had to be at least ten of them brandishing guns. Their wild, bloodcurdling yells echoed on the wind.

Her first instinct was to chase after them, but the teamster must have realized what she intended, because he reached out and grabbed her reins near the bit.

“There’s nothin’ you can do, lady. It’ll all be over ’fore you get there.”

She wanted to deny his words, but before her ­horrified eyes she saw the half-­naked Indian brave in the lead aim his rifle and fire. Rand jerked in the saddle and nearly fell off, but somehow managed to hang on.

She watched Freddy slow her mount enough to catch Rand’s reins and take off again. Before the Indians could catch up to the two of them, they had crossed a ridge and disappeared.

The bullwhacker shook his head. “Sorry, ma’am. Ain’t nothin’ nobody can do for ’em now. We’d just git ourselves killed if we make a fuss.”

She spurred her mount, intent on freeing herself. Her horse plunged and curveted, but the teamster’s hold was inexorable.

“I’ll be hornswoggled,” the teamster said. “If it ain’t the damned cavalry to the rescue!”

Verity stared in disbelief as a double column of blue-­coated cavalry appeared, riding at a gallop. A second look revealed that several of the pursuers weren’t in uniform. They all disappeared over the same ridge that had swallowed everyone else. 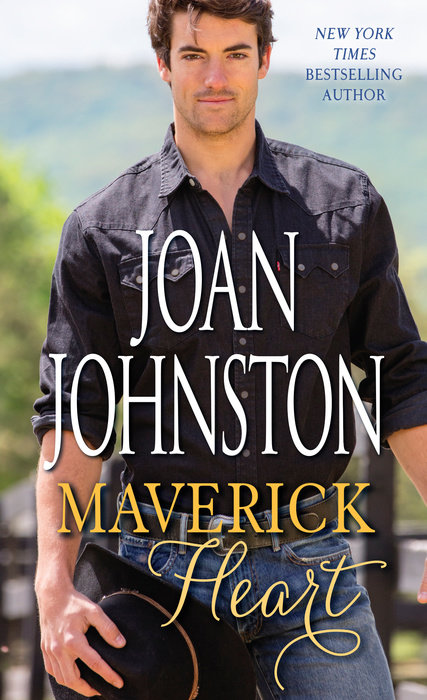