“A very amusing and imaginative romp that has the Joan Johnston stamp of excellence all over it.”—Affaire de Coeur

When the gorgeous blonde sashayed into Oakville, Ethan Hawk was a goner—until she told him her name: Patch Kendrick. The tomboy tease he remembered from Fort Benton, Montana, was now a luscious lady hunting for her man: him! Nothing, not even his outlaw past, would keep Patch off his trail. She knew that Ethan Hawk was the man for her—even when he galloped out of her childhood with a price on his head and nary a backward glance. Now that she’s found him again, she’s armed and ready for love. But before Ethan could yield his heart, he had to clear his name. So Patch set out to find the villain who framed him—and risked ambushing her lifelong dream.

An excerpt from Outlaw's Bride

She was a lady. Ethan recognized the breed, though it had been a long time since he had seen one quite so fresh from finishing school—feathers in her hat, gloves on her hands, and a steel rod running down her spine. He was hidden from view, sitting in a high-backed chair in the lobby of the Oakville Hotel. Waiting. Every so often his green eyes flicked to the dusty street outside. Watching.

His eyes were drawn back to the lady. The soft complexion of peaches and cream and a short, up-tilted nose contrasted with a strong, determined chin. His lip curled cynically. A lady used to getting her own way, he amended. She looked up at the hotel clerk from under long, feathery lashes that concealed big blue—not quite innocent, he thought—eyes. Her voice was melodious, not demanding, but not demure, either.

“For how long?” the clerk asked.

Ethan watched the lady’s brow furrow. Her black-gloved hand reached up to smooth already perfectly arranged golden tresses bound up in a very ladylike bun at her nape. “I don’t know,” she said. “I’m looking for someone who—” She cut herself off.

Ethan was distracted by something on the registration desk. The lady’s velvet drawstring purse, which exactly matched her rose red dress, seemed to be moving of its own accord. A moment later a pointed pink nose and long whiskers appeared at the center of the drawstring opening. Ethan grinned. Somehow a field mouse had gotten into the lady’s purse.

He started to call a warning but looked out the plate glass window first. He didn’t want to let them know where he was any sooner than necessary. Instead of speaking, he leaned back into the comfortable winged chair and waited for the fun to start.

To his amazement, elegant gloved hands surreptitiously poked the mouse back into the purse and once again drew the strings tight. Ethan’s brow arched in speculation. She wasn’t quite what she seemed, then. No lady in his experience had ever carried a mouse around in her purse.

“I don’t know how long I’ll be here,” the lady repeated. “I would love to have a bath sent up to my room. It’s been a long trip.”

From where? Ethan wondered. And who had she come to find in Oakville, Texas? Lucky man. Because besides being a lady, she was also a woman. Full breasts that would overflow a man’s hands, a tiny waist—unfortunately corseted—and long legs that he could imagine wrapped tight around him while he thrust deep inside her.

Ethan felt his body respond, felt the heavy pulse in his throat, the tightness in his groin. He reminded himself that the steel rod down a lady’s back didn’t usually bend for the finer pleasures in life. Besides, he thought bitterly, no lady was going to want anything to do with him—ever again.

“Hawk! Ethan Hawk! We know you’re in there. Come on out!”

Ethan rose slowly from the high-backed chair. He saw the stunned look on the lady’s face as she turned to stare at him. He grinned and tipped his Stetson to her. From the corner of his eye he saw the flash of sunlight on blue steel out on the street. He launched himself at the lady and yelled to the clerk, “Duck, Gilley!”

Ethan twisted in midair, trying to keep the lady from being crushed beneath him as he snatched her out of harm’s way. Several bullets crashed through the hotel window, sending glass flying. He landed on his shoulder and rolled several times away from the splintering glass.

The lady was a lovely package, but enough to knock the wind from him. He knew every second counted, but he lay frozen for a moment, infinitely aware of the curves lying beneath him. Her hat had come off, and her hair had come loose from its tight bun. A stray curl was tickling his nose, which was pressed against her throat. He blew it away, and felt her shiver.

Ethan lifted his head and looked into big blue eyes that seemed to swallow him in their depths. Her hair lay like a golden nimbus around a heart-shaped face. She had her lower lip caught in straight white teeth. He surveyed that perfect complexion—now pale with fright—and realized that powder half hid a dozen freckles across her nose. So he had exposed another of the lady’s secrets. He wished he had time to discover them all. But there were men waiting outside for him.

He reached across her for his Stetson, which lay amid scattered glass on the tapestry carpet, and settled it back on his head. He was aware of her femininity as firm breasts cushioned his chest. His body naturally slipped into the cradle of her thighs. He swore at his instantaneous reaction to such intimate contact. From the way her eyes widened and darkened, she felt it, too.

She struggled to get up, but he put a hand to her shoulder to hold her down. “Stay here,” he warned. “Don’t move!”

He started to slide off her but stopped when she said his name.

Her eyes searched his face and for a moment he thought she looked familiar. Especially with those freckles and a strand of that glorious golden hair falling over one eye. “Do I know you?”

Her eyes showed pain, as though a shard of glass had cut her deep. “Are you all right?” he asked. His hands quickly roamed her body, searching for some wound.

That perked her up. Her face got that indignant look he might have expected from a lady not used to having a man handle her like a woman. She opened her mouth to speak, but before she could, there was another cry from the street.

He grinned and touched the brim of his hat to her. “Sorry I can’t stay to get better acquainted. If you’re smart, darlin’, you’ll get out of Oakville while there’s still some starch in your drawers.”

She gasped, but his attention was already focused on the men out in the street, hired killers who wanted him dead so they could collect their blood money from Jefferson Trahern. Ethan had learned that he couldn’t expect help from the sheriff. Careless Lachlan owed his livelihood to the town council. And the town council was owned by the richest rancher in Oak County, Texas—Jefferson Trahern.

Ethan realized the lady was trying to wriggle out from under him. “Keep your head down!” he snapped, grabbing a handful of those golden tresses to hold her still.

“Ethan, it’s me! It’s Patch!” she hissed at him, her head bobbing up again. “Patch Kendrick.”

He stared with dawning horror at the once impeccably groomed lady lying beneath him, the beautiful stranger who had stirred his lust. He released her hair and rolled off her as though she had become a mass of angry ants.

“Don’t move! Not an inch! Your pa’ll kill me if anything happens to you!”

He crawled quickly toward the side window and slithered out into the dark alley before another call came from the street.

What the devil was Seth Kendrick’s tomboy daughter doing in Oak County, Texas? And when, by God, had she become a lady? Ethan stood in the shadows of the alley near the front of the hotel and waited for the hired guns to make their move. And remembered.

The last time he had seen Patch Kendrick was eight years earlier in Fort Benton, Montana. She had been a pugnacious twelve-year-old brat with elfin features, budding breasts—and the crazy idea that she was in love with him! He had been twenty-five, her father’s best friend—and on the run from the law.

Jefferson Trahern had been hunting him even then. Ethan had ridden hard and fast out of Fort Benton to avoid the detectives Trahern constantly had trailing him. He hadn’t been caught—not for another year, anyway. Then …

What was it Patch had made him promise her when he had left Fort Benton eight years ago? That he would marry her when she was grown up? No, he wouldn’t have—couldn’t have—promised that! Not, leastways, to a kid who spent more time sporting a black eye than any three prize fighters, who collected wild animals like marbles, and who swore like a bullwhacker who had been to Sunday meeting. He could hear her ranting now with her garns and durns. Danged if he didn’t!

Ethan smiled at the memory of the precocious child she had been. So what had he promised that rumpled hoyden—now elegant lady—the last time he had seen her? She had made him cross his heart, he remembered that. He frowned, trying to dredge up the memory of that long-ago conversation.

But he couldn’t recall it. She had just been a kid with romantic notions. He hadn’t paid much attention to exactly what he had said to her, something about returning to Fort Benton when she was all grown up. His mouth flattened and his eyes narrowed as he thought of the reason he hadn’t gone back to see her again. 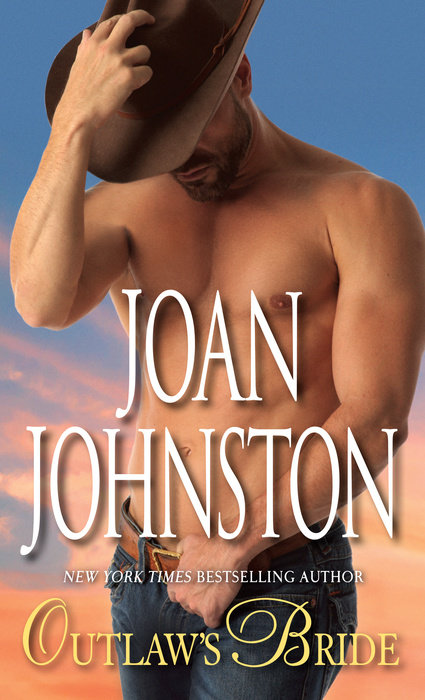