From genteel Boston to the wilds of Montana, she is searching for a safe haven for her family—and finds unexpected love.

Having lost her beloved husband, a whaling captain, to a watery grave, Molly Gallagher refuses to risk more heartbreak. Determined to keep her headstrong son from following in his father’s footsteps, she agrees to become the mail-order bride of a Montana country doctor. She tells her new husband that she can never give her love to another man; what she doesn’t tell him is that she has a young daughter and a rebellious teenage son.

Molly’s ruse might have worked, but Seth Kendrick has secrets of his own: a willful daughter determined to end the marriage before it even begins—and a double life keeping his neighbors safe from outlaws. In an untamed land of vigilante justice, Molly has no choice but to trust this gray-eyed stranger whose stubbornness matches her own, whose kisses unleash flash floods of desire—and who may be the one man in a million who could win her fiery, faithful heart.

“A book you will read and remember for a long, long time . . . Wonderful characters light up the pages.”—Rendezvous

An excerpt from The Barefoot Bride

Fort Benton’s rowdiest saloon cleared like a bedroll with a rattler in it. Miners, bullwhackers, and freightmen raced onto the muddy street to surround the two fighting children.

A ragamuffin twelve-year-old girl had a knee braced on the nape of a ruddy-faced boy. She held his arm twisted high behind his back. Her elfin features contorted as she raged, “You take that back, you varmint! Dang you for a durned pig-faced—”

“I won’t take it back, ’cause it’s true!” the boy bellowed. “Your pa’s a yellow-bellied, lily-livered—”

That was as far as he got before Patch put the full weight of her knee on his neck, shoving his mouth down and filling it with mud.

A pair of large hands caught Patch by her frayed collar and the seat of her britches, lifting her into the air. “That’ll be enough of that, you runty little scapegrace.”

The crowd laughed as Patch flailed ineffectually against the rough hands that had separated her from her victim. The preacher’s middle boy quickly made his escape between a pair of legs at the edge of the circle of men.

Patch sputtered with fury at her helplessness. “I’ll get you, Ferdie Adams! You better watch out you—you—”

“What’s this all about?”

“atch looked over her shoulder to see who had hold of her. It was Red Dupree, the bartender at the Medicine Bow Saloon. Red must have had hair that color once upon a time, but now Patch winced at the sun’s glare off his bald head. He was a huge, intimidating man, and Patch stopped struggling and hung limp in his grasp.

Nevertheless, she wasn’t going to admit in front of all these leering, spite-faced men that she had been defending her pa’s honor, because he couldn’t—wouldn’t—do it for himself. Her lips clamped tight, and her chin took on a mulish tilt.

“Doc Kendrick’s takin’ care of some men got shot by Injuns,” someone shouted from the crowd. “Down to the stage depot.”

“Don’t be too hard on her, Red,” a bearded man said. “Kid’s got guts—more’n her pa, anyway,” he added with a snicker.

Contemplating another attack from the feisty minx, Red tightened his hold. “Hold fast, young’n,” he said in a quiet voice. “Don’t take it so personal, what they say.”

“But my pa ain’t what they say,” Patch gritted out through a throat swollen with hurt. “He ain’t!”

Out west a man was judged by whether he stood up to those who challenged him or backed off. Doc Kendrick would as soon step aside as fight. Patch knew her father wasn’t afraid, but she had no explanation for why he wouldn’t raise his fists to another man or even carry a gun. So she had taken to fighting his battles for him.

People in Fort Benton knew better than to say a thing against Doc Kendrick. If they did, it was likely their horse might find its tail-hairs cropped, or their zinnias might start looking stark naked, or they might just find themselves locked in the outhouse. Patch had determined to be as ruthless as her father was mild-mannered. No one was going to say a word against her pa without answering to her.

She tried once again to tear herself from Red’s hold. “There’s no need to bother my pa.”

“Sorry, kid, but this is the third time this week I’ve had to rescue some poor—”

“Dang it, Red! Didn’t hit no one that didn’t deserve it!” Patch argued.

Red surveyed the bruised swelling around Patch’s right eye. “What was it this time?”

“He had no right to say what he did. My pa’s the bravest, strongest—just ’cause he don’t carry a gun don’t mean he’s a … a …” Patch couldn’t say the word aloud, but it echoed in her head.

“The whole dang town, the whole durned country if I have to. I—”

Patch shut her mouth as they entered the open-sided tent where her father was hard at work removing a bullet from the fleshy part of a man’s calf. The wounded man was lying on a makeshift table created from two sawhorses and a few planks of raw lumber. A second man stood nearby, his arm already resting in a sling. A crowd of freightmen had gathered around to observe the doctor’s ministrations.

“Took my whole poke of gold, them Injuns did,” the man on the table said to the crowd that surrounded him. “Weren’t more’n twenty mile south o’ here when the stage was surrounded by shriekin’ redskins.”

“We’da been stone cold dead right now, if it hadna been for that masked fella,” the man with the sling said.

Patch couldn’t keep still. “Garn! Was it the Masked Marauder?” she asked in an awed voice. “Was it?”

“ ’Spect so. Bravest thing I ever saw, how he rode up on that big black horse of his’n and started shooting from them twin pistols. Never missed a shot, that Marauder fella,” the miner with the sling said.

“Sure ’nuff was, kid,” the miner said. “With his black hat pulled down low, couldn’t tell who it was for beans.”

“But he must live around here somewhere,” Patch guessed. “ ’Cause he always arrives in the nick of time. Garn! I wonder who it is?”

The men looked around at each other. The identity of the Masked Marauder had become a burning question in Fort Benton. The man seemed to know whenever some gold-dust miner on the stage was about to be robbed and rode to the rescue with guns blazing. For some reason he had decided to remain anonymous. Over the past six months he must have rescued at least a dozen miners from Blackfoot renegades intent on relieving the men of their gold, which the Indians then traded for rotgut whiskey.

Patch looked at her father, his tall, broad-shouldered form stooped over the injured man. She wished he could be more like the Masked Marauder, brave and dashing and admired. She imagined he was the Masked Marauder. But her delightful imaginary bubble didn’t last long before it burst.

“Say, Doc,” one of the freightmen said. “These fellas here have offered a reward to anybody who can get their gold back. We’re formin’ up a posse to hunt down them Blackfeet. You wanta come along?”

Seth Kendrick’s lips curved in a smile of self-mockery as he said, “I wouldn’t be much use to you men. I’m not a good hand with firearms. Besides, I’ve got to be around to check on Mrs. Gulliver. Her bowels are acting up again.”

There were several guffaws and a chuckle or two. While the laughter might have been directed at Mrs. Gulliver’s uneasy bowels, Patch couldn’t help feeling it was aimed at her father’s feeble excuse for avoiding the danger of riding out with the other men. Why, oh why, couldn’t he go with them just this once? Why couldn’t he prove to them once and for all that he wasn’t a—

Patch mentally backed away from the word and in so doing inadvertently jerked in Red Dupree’s grasp.

“You better, Doc,” Red warned with a growl that was more bark than bite. “The kid cleans out the saloon every time she starts one of them fracases.”

“It won’t happen again, Red. I appreciate you taking care of my girl.”

Seth laid a hand on Patch’s shoulder and felt her flinch beneath his touch. He didn’t want to start an argument with so many interested ears listening, so he let her go on the pretext of needing to pack up his medical supplies. He avoided his daughter’s eyes as he closed up his black bag and left the tent. Patch followed him, feet dragging, as he returned to where he’d left his buggy.

Patch climbed up to sit beside him on the cracked leather seat. Seth whipped the big buckskin gelding into a trot, then headed south toward the ranch he and Patch had called home for the past two years.

In the distance they could see the Highwood Mountains, an isolated range about thirty miles long. There, in the foothills about twelve miles from town, his ranch was nestled in a stand of cottonwoods along the river.

Seth spent the better part of the trip home staring at his hands. They weren’t the hands of a doctor. They were big and callused and scarred from the calamitous events of long ago that had molded him into the man he was today. 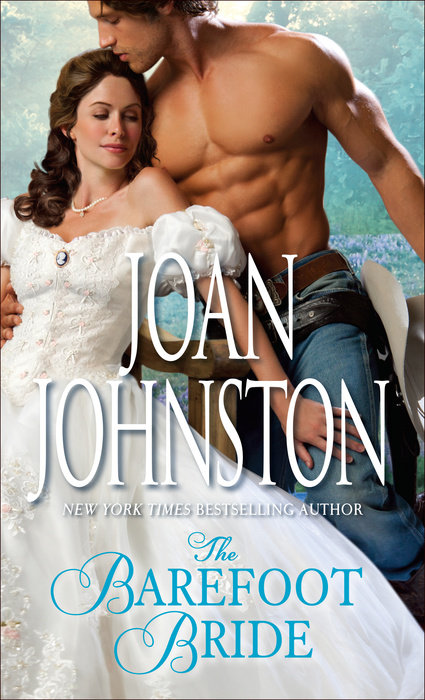