Joan Johnston transports us to rugged present-day Texas—a place of wide-open prairies and unbridled ambitions—where two ranching families, the Blackthornes and the Creeds, are locked in a bitter century-old feud. Here, Johnston brings to life a breathtaking love story—between the Blackthornes' oldest son and the Creeds' beautiful daughter—a magnificent novel of passion, vengeance, and star-crossed love.

Trace Blackthorne was taught from the cradle to take what he wanted. And he wanted Callie Creed. Eleven years ago, the feud between their families had torn them apart. But now Trace has come home, a ruthless hard-eyed stranger, making her an offer she couldn't refuse: marry him and save her struggling family from financial ruin. But the secrets of the past return to haunt them. And Callie is once again compelled to make an impossible choice—between the family who desperately needs her and the only man she has ever loved.

An excerpt from The Cowboy

"You Blackthornes are all greedy, thieving sons-of-bitches!"

Trace kept his features even, but his heart was thudding, and beneath the ancient oak desk, his hands were fisted on rock-hard thighs. He barely resisted blurting, Those are fighting words, Dusty.

They were, of course. But it sounded too much like dialogue from the barroom showdown in a western B movie. The scenario was classic Louis L'Amour, but Trace resisted the comparison, because he would have been forced to cast himself as villain, rather than hero.

"Just sign the papers, Dusty," he said in a level voice.

But the young man sitting across from him had apparently crossed some threshold between rational being and trapped animal. Dusty Simpson scrabbled for the pair of crutches lying beside his chair. One crutch fell beyond the carpet, clattering across the polished hardwood floor. He shoved himself upright on the crutch he had left and stood, wavering on a single leg, the other having been amputated just above the knee. "Come and get me, Trace. Come on, take a swing!" Dusty yelled.

Trace met Dusty's furious gaze--furious, he knew, because Dusty must have felt so impotent--and said, "I don't fight cripples."

He watched the blood drain from Dusty's face, taking the fight along with it.

The one-legged man, his whole body quivering with anger, stubbornly balanced himself between his booted foot and the crutch. "How do you live with yourself? Mine isn't the first small ranch that's been gobbled up by you Blackthornes. But you were best man at my wedding! You're godfather to my two girls! What kind of friend are you?"

"Yeah. I know," Dusty replied, a sneer twisting his features. "If Blackjack told you to jump off a cliff, you'd find yourself dead in the rocks below by sundown."

Trace's eyes narrowed. He'd made the mistake, when he'd had one too many Lone Stars on Dusty's back porch, of confiding the truth to his friend. It might look to the world like Trace Blackthorne had managed the Bitter Creek Cattle Company since his father's heart attack three months ago, but Blackjack held a tight rein on everything Trace did and roweled with sharp, painful spurs when he wanted his dirty work done. Like now.

Trace watched as tears welled in his friend's eyes. He'd sat beside Dusty's wife Lou Ann at the hospital while Dusty had the surgery that took off his leg, leaving him unable to compete in the arena on a cutting horse and thus unable to pay the mortgage on his ranch. Trace hated what Blackjack was forcing him to do. But he had no choice.

"What happened to you, losing your leg in that car accident, was a tragedy," Trace said. "But if we hadn't bought the Rafter S, it would have gone into foreclosure."

"Blackjack owns the bank that holds my mortgage, Trace. Are you saying you couldn't have talked to your dad, maybe persuaded him to give me a little more time to get back on my feet? Aw, hell. On my one damned foot?"

Trace bit back an apology for his father's ruthlessness. He'd learned some hard lessons at Blackjack's side. Dusty was like a calf choking on a string of barbed wire tangled around its throat. When Trace was ten years old, he'd ignored his father's order to kill the animal and tried to untangle the wire. But the harder he'd worked to unwind the deadly garrote, the harder the calf

had struggled, and the more it had suffered. He'd learned it was more merciful to simply kill the calf and end its pain.

"Sign the papers, so we can get this over with," Trace said.

Dusty sank into the horn and cowhide chair, defeated. The crutch landed with a thump on the handwoven Turkish carpet that framed the two chairs in front of the desk.

"What am I going to do, Trace? How am I going to support Lou Ann and the girls? Without my leg, I'll never ride well enough to work as a trainer. It would have been better for everyone if I'd died in that crash!"

"I've never said anything in my life that made more sense," Dusty said. "The mortgage insurance would have paid off the ranch, and my life insurance would have given Lou Ann and the kids something to live on. Instead, my kids are being forced to leave the only home they've ever known, and Lou Ann is . . . is stuck with half a man."

Trace opened his mouth to frame a denial, but Dusty cut him off.

"Before I came over here this morning, I sat in the barn for a long time with the barrel of my grandfather's Navy Colt stuck in my mouth."

"I figured killing myself was the best thing I could do for them." Dusty's hands gripped the arms of the chair so hard his knuckles turned bone

white. He glanced fleetingly at Trace, then away. "But I couldn't make myself pull the trigger. So here I am."

Trace's insides tightened, as though he were looking at a savage open wound. His friend was hurting, and he needed desperately to do something to take away his pain. But Dusty wasn't some poor, dumb animal that could be put out of its misery.

Trace said the first thing that came into his head, an idea he'd been mulling over but had delayed acting upon, because he knew it would mean another fight with his father.

"I wasn't going to mention this until later," he said, "but now is as good a time as any to ask. How would you like to work for me?"

Dusty grimaced. "You mean work for Blackjack? I'd rather starve in the street."

"No. I mean work for me. I'm starting up my own quarter horse operation."

"Since when?" Dusty asked suspiciously.

Trace managed a crooked smile. "Since you became available to run a breeding program for me. Who knows better what makes a good cutting horse than the man who's ridden a horse in the finals of the Futurity, the Stakes, and the Derby?" Dusty was one of only a few riders to make the finals in all three events in the triple crown of cutting horse competitions.

Dusty rubbed the sandy-colored stubble on his chin. "I could do it, Trace. There isn't a man in South Texas who knows more about quarter horse conformation than I do. And when it comes to cutting a cow from the herd, I can spot a horse with a knack for stopping and starting better than just about anybody."

"How does Blackjack feel about hiring a cripple?"

Trace regretted using the word earlier. He waited until Dusty met his gaze before he said, "Blackjack isn't making the hiring decisions. I am." 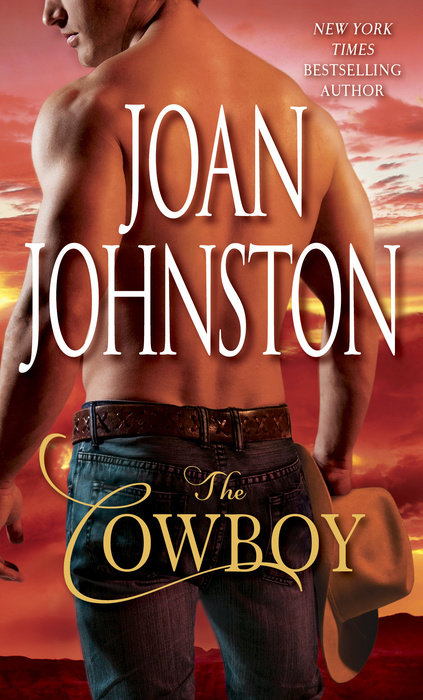