The most famous day in literature is June 16, 1904, when a certain Mr. Leopold Bloom of Dublin eats a kidney for breakfast, attends a funeral, admires a girl on the beach, contemplates his wife’s imminent adultery, and, late at night, befriends a drunken young poet in the city’s red-light district.

An earthy story, a virtuoso technical display, and a literary revolution all rolled into one, James Joyce’s Ulysses is a touchstone of our modernity and one of the towering achievements of the human mind.

An excerpt from Ulysses

Stately, plump Buck Mulligan came from the stairhead, bearing a bowl of lather on which a mirror and a razor lay crossed. A yellow dressinggown, ungirdled, was sustained gently behind him by the mild morning air. He held the bowl aloft and intoned:

Halted, he peered down the dark winding stairs and called up coarsely:

--Come up, Kinch. Come up, you fearful jesuit.

Solemnly he came forward and mounted the round gunrest. He faced about and blessed gravely thrice the tower, the surrounding country and the awaking mountains. Then, catching sight of Stephen Dedalus, he bent towards him and made rapid crosses in the air, gurgling in his throat and shaking his head. Stephen Dedalus, displeased and sleepy, leaned his arms on the top of the staircase and looked coldly at the shaking gurgling face that blessed him, equine in its length, and at the light untonsured hair, grained and hued like pale oak.

Buck Milligan peeped an instant under the mirror and then covered the bowl smartly.

--Back to barracks, he said sternly.

He added in a preacher's tone:

--For this, O dearly beloved, is the genuine Christine: body and soul and blood and ouns. Slow music, please. Shut your eyes, gents. One moment. A little trouble about those white corpuscles. Silence, all.

He peered sideways up and gave a long low whistle of call, then paused awhile in rapt attention, his even white teeth glistening here and there with gold points. Chrysostomos. Two strong shrill whistles answered through the calm.

--Thanks, old chap, he cried briskly. That will do nicely. Switch off the current, will you?

He skipped off the gunrest and looked gravely at his watcher, gathering about his legs the loose folds of his gown. The plump shadowed face and sullen oval jowl recalled a prelate, patron of arts in the middle ages. A pleasant smile broke quietly over his lips.

--The mockery of it, he said gaily. Your absurd name, an ancient Greek.

James Joyce, the twentieth century’s most influential novelist, was born in Dublin on February 2, 1882. The oldest of ten children, he grew up in a family that went from prosperity to penury because of his father’s wastrel behavior. After receiving a rigorous Jesuit education, twenty-year-old Joyce renounced his Catholicism and left Dublin in 1902 to spend most of his life as a writer in exile in Paris, Trieste, Rome, and Zurich. On one trip back to Ireland, he fell in love with the now famous Nora Barnacle on June 16, the day he later chose as “Bloomsday” in his novel Ulysses. Nora was an uneducated Galway girl who became his lifelong companion and the mother of his two children. In debt and drinking heavily, Joyce lived for 36 years on the Continent, supporting himself first by teaching jobs, then through the patronage of Mrs. Harold McCormick (Edith Rockerfeller) and the English feminist and editor Harriet Shaw Weaver. His writings include Chamber Music (1907), Dubliners (1914), A Portrait of the Artist as a Young Man (1916), Exiles (1918), Ulysses (1922), Pomes Penyeach (1927), Finnegan's Wake (1939), and an early draft of A Portrait of a Young Man, Stephan Hero (1944). Ulysses required seven years to complete, and his masterpiece, Finnegan's Wake, took seventeen. Both works revolutionized the form, structure, and content of the novel. Joyce died in Zurich in 1941. 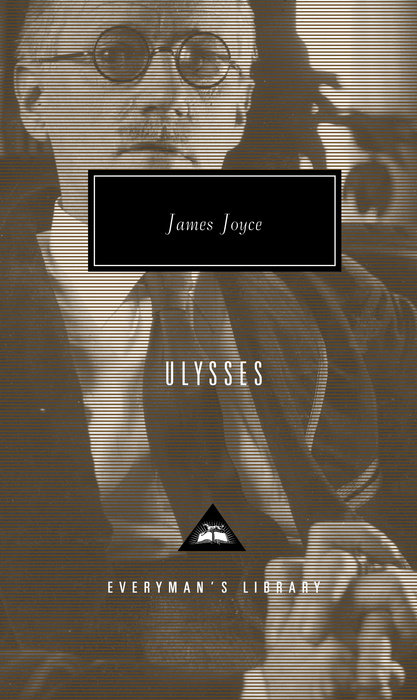