Acclaimed as one of the most original talents to emerge in the last decade, award-winning author Laurie R. King returns to Folly Island to deliver her most stunning achievement yet--a breathtaking novel of suspense that explores the very essence of good and evil.

Allen Carmichael came back from Vietnam a lifetime ago--but only now was he ready to return home. For years, he’s lived on the fringes of the law, using a soldier’s skills to keep watch over those too young to defend themselves. Some consider him nothing but a kidnapper for hire--the best in the business; others call him a hero. His specialty has been rescuing children from abusive parents and escorting them to loving homes. But after twenty-five years, he is ready to take on his final case--a case that could destroy him.

The boy’s name is Jamie: He believes his father is going to kill him. Allen is convinced that the twelve-year-old is right and devises a strategy to save him. His last job done, Allen heads back to Folly Island, where he plans to settle into a quiet life. But not long after his return, a small plane piloted by the boy’s father’s crashes, leaving behind debris--but no body. Now it is up to Allen to resolve whether Jamie’s father is dead or alive--and to make sure Jamie himself stays out of harm’s way. But a series of ominous events leads Allen to question whether Jamie’s father is really the enemy after all. Or if the real threat is far more unspeakable...and the killer unimaginable.

Riveting, harrowing, and unforgettable, Keeping Watch takes psychological suspense to its most dizzying heights and proves again why Laurie R. King has been called by both readers and critics an undisputed master of suspense.

An excerpt from Keeping Watch

Allen Carmichael balanced on the precariously slim branch of the vine maple, pawing aside the soft new greenery and cursing the incompatibility of most trees with the human body. Particularly a six-foot-one-inch human body with a stiff leg, working its way through a sixth decade. Too old for this kind of stunt, he grumbled to himself. No doubt about it: It really was time to turn this side of things over to some younger maniac.

The house over which he was keeping watch–or rather, which his machines had been watching for him–lay slightly lower than his current treetop perch and at the other end of half a mile of well-maintained driveway. It was a solid house, big, with double-glazed windows and a lot of fake stone wrapped around a confusing number of rooms and a three-car garage. The sort of house Allen disliked, even without the things that went on inside it. Showy, unsuited to the climate, “Tudoresque” (whatever the hell that meant), and with no personality to show for its vast expense. It was also irritatingly well situated for defense. With good reason, Allen knew, but it made life no easier for a man trying to pry it open.

He downloaded the information stored in the treetop receiver, gave it a new battery, and paused to check the area around the tree for onlookers. He was grateful, always, when his targets were not dog owners. Remarkably few of them were–for the simple reason, he’d always supposed, that dogs demanded a kind of affection they had no time for. Their interests lay elsewhere.

He clambered down through the unfurling April leaves, reaching the ground without breaking any of his middle-aged bones, and set off for the motorcycle buried in some bushes half a mile away. The surveillance on AmberLyn’s stepfather was nearly finished; time to break up the party.

Late that night, back in his barely furnished residential-hotel apartment, Allen Carmichael dropped his pack on the kitchen table and got himself a beer. Half of it went down his throat before he bothered to shut the door on the fridge.

He set the bottle down next to the pack and shrugged off the leather biker’s jacket he wore, taking it to the apartment’s single closet, where he winced at the smell of cat piss that wafted out. He worked one of the flimsy hangers into the coat’s shoulders, hung the heavy garment up gingerly on the chipped paint of the metal bar, and closed the door, then remembered the smell and left the door ajar a few inches so his clothes wouldn’t be quite so pungent in the morning. Sitting on the end of the wobbly mattress, he picked open the laces of his scuffed steel-toed boots, placing them precisely under the corner of the bed, then unbuttoned the grubby, paper-thin flannel shirt he wore and tugged it free from his jeans. He pushed the garment into the dresser drawer that he used in lieu of a dirty-clothes hamper (unconsciously adjusting the ill-fitting drawer so it lay precisely flush to the frame), then scratched his grease-rimed fingernails through his scalp, loosing hair matted by the day’s headgear of knit cap and helmet, before stretching hard in an attempt to rid his body of the day’s tiredness. The attempt was not a success.

He walked out of the bedroom, limping slightly, dressed in stocking feet, jeans, and the spotless army-green T-shirt he had worn beneath the plaid flannel. In the apartment’s tiny bathroom (which was still pretty grim even though he’d got down on his hands and knees the day he moved in and scoured every surface) Allen ran the rust-stained basin full of cold water, splashed and dried his face. He used the toilet, then went back to the basin, using hot water and soap this time to scrub his hands, his bearded face, and the back of his neck. He’d rather have taken a shower, to rid himself of the indescribably oily feeling of his day, but he knew he’d really need one later and he couldn’t permit himself to have two showers in one evening–a little compulsiveness was okay, but let’s not let it get out of hand. So he washed his face and hands, and when every inch of exposed skin was clean and glowing, he arranged the thin, damp towel foursquare on the peeling chrome of the bar and switched off the light.

At no point had he looked into the dim mirror over the basin.

In the kitchen again, Allen frowned at the contents of the refrigerator, glanced over the meager supply of pasta and canned goods in the cupboard, and in the end fried up a pair of thick ham and provolone sandwiches with tomatoes and onions on week-old bread. He carried his plate with the remains of the beer into the cramped living room and propped his feet up on the massive pseudo-wood table in front of the musty sofa, allowing the greasy food and the mindless television to carry him through to the half-hour break.

With a sigh, and another beer, he then sat down to his work.

In the arc of experience that had brought him from a scorching runway in Saigon to this fetid apartment among the winos, Allen had picked up a number of skills. Primary among them, then and now, was the ability to disengage. Going through the pockets of a long-dead enemy soldier, dropping down to check a bunker they’d thought was empty but which a fragmentation grenade had proved was not, watching a brutal interrogation, loading a ville’s weeping inhabitants into a Chinook like cattle–you had to stand aside mentally and let your hands and eyes do their job. Like a flak jacket on the emotions, disassociation made it possible to carry on even if you were hit.

Now, it made it possible for Allen to watch his illicit videos of blond, curly-headed, six-year-old AmberLyn McKenzie with the least possible involvement of the mind. If he stopped to let it all in, if he allowed his eyes to dwell on the child’s face or let his ears hear her stepfather’s clever cajoling, he knew damn well that he’d put down his beer and just go murder the bastard. Which wouldn’t help anyone, least of all that little girl whimpering on the television screen. Instead, he fast-forwarded parts of what the bedroom spy camera had recorded, although truth to tell, it was rarely the actual rape that got to him on these sorts of cases. No; the part he found truly unbearable was, he’d long ago decided, the very same part that the pedophile loved the most: the seduction. Most pedophiles weren’t interested in merely overpowering a child, but rather found their greatest pleasure in the game of domination, keeping the child just this side of outright panic by first discovering and then manipulating each particular victim’s individual needs, fears, and nobilities. The subtle interplay of threat and cajoling, pressure and affection, always hit Allen the hardest: the terrible intimacy involved, a predator’s complete understanding of his prey, a knowledge such as, more often than not, no other human being in the child’s life came anywhere near to possessing. It was this terrible familiarity with the victim’s very soul that made Allen crave the simplicity of murder.

When the bedroom tape was over, he got himself a third beer by way of reward before settling down with a pad of paper to watch the scenes from the three other cameras he’d planted. He made the occasional note and replayed one or two parts before labeling the recordings precisely and sealing them into a padded mailer; only then did he go and take his shower. Afterward, he sat in the dark room for nearly an hour with his feet on the table and his fingers laced together over the front of his fresh T-shirt.

Thank God this time there was a mother. It made life so much easier, having an adult to take charge of the child once he’d gotten the victims free–even if the mother was a large part of the child’s problem, which was usually the case. But at least Allen didn’t have to act alone, at least he avoided the soul-withering need to ingratiate himself into the child’s life like the molesters he watched. He always felt . . . cleaner, when there was a mother on board.

A few minutes after midnight, Allen got up to fetch a cell phone from his bedside table. He thumbed in the numbers and put it to his ear, standing at the bedroom window and looking through its dirty glass at the deserted street below. As he’d expected, the phone was answered after the first ring. He spoke. “Tomorrow, I think. He’ll be out of town until late. So plan A looks good. Everything ready at your end? Fine, see you then.”

He closed the phone and climbed between the clean-smelling sheets, where he slept the sleep of a middle-aged adrenaline junkie on the eve of action, whose only dreams were cool and green and quiet as April leaves. 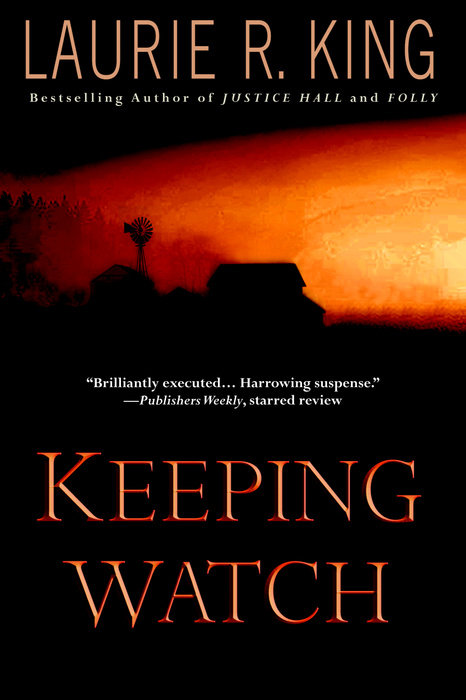