New York Times bestselling author Laurie R. King takes us to a remote cottage in Cornwall in this gripping tale of intrigue, terrorism, and explosive passions that begins with a visit to a recluse code-named . . .

Once studied by British intelligence for his excruciating sensitivity to the world’s turmoil, Bennett Grey has withdrawn from the world–until an American Bureau of Investigation agent comes to assess Grey’s potential as a weapon in a new kind of warfare.

Agent Harris Stuyvesant needs Grey’s help to enter a realm where the rich and the radical exist side by side–a heady mix of power, celebrity, and sexuality that conceals the free world’s deadliest enemy. Soon Stuyvesant finds himself dangerously seduced by one woman and–even more dangerously–falling in love with another. As he sifts through secrets divulged and kept, he uncovers the target of a horrifying conspiracy, and wonders if he can trust anyone, even his touchstone.

An excerpt from Touchstone


Eight days after stepping off the Spirit of New Orleans from New York, Harris Stuyvesant nearly killed a man.

The fact of the near-homicide did not surprise him; that it had taken him eight days to get there, considering the circumstances, was downright astonishing.

Fortunately, his arm drew back from full force at the last instant, so he didn't actually smash the guy's face in. But as he stood over the prostrate figure, watching the woozy eyelids flicker back towards consciousness, the tingle of frustration in his right arm told him what a near thing it had been. He'd been running on rage for so long, driven by fury and failure and the scars on Tim's skull and the vivid memory of bright new blood on a sparkling glass carpet followed by flat black and the sound of the funeral dirges that-well, the guy had got off lucky, that was all.

He couldn't even claim it was self defense. The cops were right there-constables, he should call them, this being England-and they'd already been moving to intercept the red-faced Miners' Union demonstrator who was hammering one meaty forefinger against Stuyvesant's chest to make a point when Stuyvesant's arm came up all on its own and just laid the man out on the paving stones.

A uniformed constable cut Stuyvesant away from the miner's friends as neatly as a sheepdog with a flock and suggested in no uncertain terms that now would be a good time for him to go about his business, sir. Stuyvesant looked into the clean-shaven English face beneath the helmet and felt his fist tighten, but he caught hold of himself before things got out of control.

He nodded to the cop, glanced at the knot of demonstrators forming around the fallen warrior, and bent to pick up the envelope he'd dropped in the scuffle. He turned on his heels and within sixty seconds and two corners found silence, as abrupt and unexpected as the sudden appearance of the Union workers had been five minutes earlier.

He put his back against the dirty London bricks, closed his eyes, and drew in, then let out, one prolonged breath. After a minute, he raised his hand to study the damage: a fresh slice across the already-scarred knuckle, bleeding freely. With his left hand he fished out his handkerchief and wrapped the hand, looking around until he spotted a promising doorway down the street. Inside was a saloon bar. "Whisky," he told the man behind the bar. "Double."

When the glass hit the bar, he dribbled half of it onto the cut-teeth were dirty things-and tossed the rest down his throat. He started to order a repeat, then remembered, and looked at his wrist-watch with an oath.

Oh, what the hell did it matter? He'd spent the last week chewing the ears of one office-worker after another; what made him think this one would be any different?

But that was just an excuse to stay here and drink.

Stuyvesant slapped some coins on the bar and went out onto the street. It was raining, again. He settled his hat, pulled up his collar, and hurried away.

It had proven a piss-poor time to come to London and talk to men behind desks. He'd known before he left New York that there was a General Strike scheduled at the end of the month, in sympathy for the coal miners. However, this was England, not the States, and he'd figured there would be a lot of big talk followed by a disgruntled, probably last-minute settlement. Instead, the working classes were rumbling, and their talk had gone past coal mining into a confrontation with the ruling class. The polite, Olde Worlde tea-party dispute he'd envisioned, cake-on-a-plate compared to some of the rib-cracking, skull-smashing strikes Stuyvesant had been in, didn't look as if it was going to turn out the way he'd thought, either-not if men like those demonstrators had their way in the matter.

And God, the distraction it had caused in this town! One after another, the desk-bound men he'd come to see had listened to his questions, then given him the same response: Does this have anything to do with the Strike? Then please, I'm busy, there's the door.

Yeah, that miner had been damned lucky, considering.

Maybe when this next one showed him the door-Carstairs was his name, Aldous Carstairs, what kind of pansy handle was that?-maybe that would be where his temper broke. Maybe the bureaucrat would get what the demonstrator hadn't.

He couldn't help feeling he had reached the bottom of the barrel when it came to a straightforward investigation. Certainly, he held out little hope that Carstairs would do more than go through motions-he'd heard of the man more or less by accident the previous afternoon, sitting across the desk from a Scotland Yard official he'd met in New York years before. Now an exhausted and harassed-looking official in a day-old shirt who, even before the inevitable tea tray arrived, was sorry he'd let Stuyvesant in.

"No, I've already talked to that man," Stuyvesant told him, in answer to a suggested contact. "Yeah, him, too. And him. That idiot? He was one of the first I saw, and frankly, the sooner he retires, the better off your country will be. No, that guy's in France, and his secretary's useless. Now, him I haven't talked to, where-Scotland? Jesus, do I have to go to Scotland to ask about a man who lives in London?"

"I should give you to Carstairs," the Yard official muttered, then immediately regretted the slip and hurried on. "What about-"

"Been there. Who's this Carstairs fellow?" Stuyvesant's instincts had come alert, aware of some overtone in the way the man said the name, but the fellow shook his head.

"Just a name, honestly, he doesn't have anything to do with what you need. I think you should go talk to . . ." Stuyvesant was soon out the door, holding nothing more than three names on a slip of paper.

Outside the office door, a pair of men in bowlers sat waiting. Stuyvesant nodded to them, collected his hat and overcoat, and walked down the hallway and around the corner. There he stopped, staring unseeing at the scrap of paper.

Give you to Carstairs. Not, Give you Carstairs, which would have suggested the resolution of a grudge, but a phrase with a touch of fear in the background: I should feed you to Carstairs.
Stuyvesant counted to thirty, then doubled back to the Yard man's office. The two men were nowhere in sight when he walked in, and the secretary was just settling back at his desk.

"Sorry," the American said, "I neglected to get a phone number. Just let me pop in-"

"I'm sorry, sir, he has another appointment."

"Oh, I'll just be-wait, maybe I could get it from you instead? The name's Carstairs."

The secretary looked blank for a moment and Stuyvesant resigned himself to a dud, but then the man's eyebrows shot up. "Aldous Carstairs?"

"That's the man. You have a phone number for him?"

The secretary's glance at the closed door was eloquent testimony of the unusual nature of the request, but reluctantly, he went to a book in the bottom drawer of his desk, opened it to a page at the back, and copied out a number.

"Thanks," Stuyvesant told him, and that was how he found himself running ten minutes late on a pouring wet Friday afternoon, a bloody handkerchief around one hand and a sodden scrap of paper in the other, searching for an address that he finally located in an utterly anonymous building a stone's throw from Big Ben. 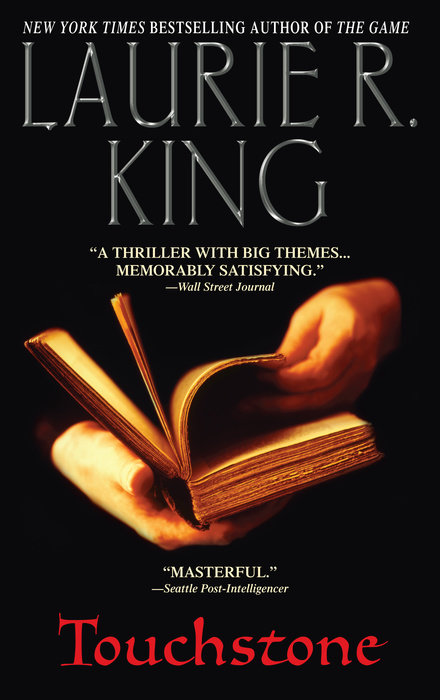