Matt Bardoul was a good man to have as a friend and a bad one to make trouble with. He was also a single-minded drifter—until he met his match in an outspoken beauty named Jacquine Coyle. She was headed into the Bighorn Mountains with her father and an expedition in search of gold. After Matt signs on to join them, he discovers that there is a group of outlaws in the party—gunfighters and thieves that Matt wouldn’t trust for a minute. At first it’s unclear what they are planning, but before long Matt realizes that he’s the only man standing between innocent people and a brutal conspiracy of greed, lust, and cold-blooded murder.

In Louis L’Amour’s Lost Treasures: Volumes 1 and 2, Beau L’Amour takes the reader on a guided tour through many of the finished and unfinished short stories, novels, and treatments that his father was never able to publish during his lifetime. L’Amour’s never-before-seen first novel, No Traveller Returns, faithfully completed for this program, is a voyage into danger and violence on the high seas.

Additionally, many beloved classics are being rereleased with an exclusive Lost Treasures postscript featuring previously unpublished material, including outlines, plot notes, and alternate drafts. These postscripts tell the story behind the stories that millions of readers have come to know and cherish.

An excerpt from Westward the Tide (Louis L'Amour's Lost Treasures)


Matt Bardoul rode his long-­legged zebra dun down the dusty main street of Deadwood Gulch a few minutes ahead of the stage. He swung down and tied his horse to the hitching rail, then stepped up to the boardwalk, a tall young man in a black, flat crowned hat and buckskin shirt.

Instead of entering the IXL Hotel and Restaurant, he pushed his hat back on his head and leaned against one of the posts that supported the wooden awning.

In his high-­heeled star boots with their huge rowelled California spurs, and his ivory-­handled tied-down guns, he was a handsome, dashing figure.

It was the summer of 1877 and the “Old Reliable Cheyenne & Black Hills Stage Line” boasted the Shortest, Safest, and Best Service in the West. When the stage swung into Main Street Matt Bardoul turned his green, watchful eyes toward the racing six-­horse Concord and watched it roll to a stop in front of the IXL.

He had kept pace with the stage most of the way from Cheyenne, but aside from the mutual protection from marauding Indians, he had no interest in the stage or its passengers until he saw the girl alight from the stage at Pole Creek Ranch.

He was lifting a match to the freshly rolled cigarette when he saw her, and he looked past the flame into her eyes and something seemed to hit him in the stomach. He stood there, staring, until the flame burned his fingers. He let out a startled yelp and dropped the match, and he saw just the flicker of a smile on her lips as she turned away.

He swore softly, staring after her as she walked ­toward the ranch house, and then he turned back to his horse, but his fingers trembled as he loosened the cinch.

Discreet inquiry, laced and bolstered with a couple of shots of rye, elicited the information from stage driver Elam Brooks that her name was Jacquine Coyle, that she was bound for Deadwood to join her father Brian Coyle, and that she was a pleasant, saucy, and thoroughly attractive young woman.

“Not a kick from her the whole trip!” Brooks said with satisfaction. “Most of these durned stage ridin’ females are cantankerous as all get out!”

Stepping from the stage into the dusty street of Deadwood, Jacquine looked up quickly, her alert blue eyes searching the crowd of onlookers for her father or brother. The first person she saw was the tall, narrow-­hipped and broad-­shouldered young man leaning so nonchalantly against the awning post.

Instantly she was aware of two things. That he was not at all nonchalant, and that he had been waiting to see her.

This was the man she had seen at Pole Creek Ranch. The man who had accompanied them on horseback. She remembered him very well, both from his picturesque appearance and because of what she had overheard Fred Schwartz, the owner of Pole Creek, say to Elam Brooks.

“There’s one man Logan Deane will do well to leave alone!”

“Name’s Mathieu Bardoul. He’s a Breton Frenchman, Maine born, but raised in the west. He was in the Wagon Box Fight.”

“The hell you say!” Brooks turned to stare. “Then he’s the same Bardoul that killed Lefty King, over at Julesburg!”

“He’s the one, all right. Nice fellow to have for a friend, and a bad one with whom to have trouble. If he’s ridin’ on to Deadwood you won’t be surprised by any Indians. He can smell out a bad Indian a mile away!”

All that went through her eyes in the flashing instant their eyes met across the heads of the crowd. She remembered his startled stare at Pole Creek, and now when their eyes met she saw something else, something that left her startled and confused. There was no effort to mask the look in his green eyes. It was the look a man, full in the pride of his strength, gives to a woman he wants.

Her breath caught, and she turned her face quickly, yet she was conscious of a quick, stirring excitement that left her wide-­eyed and a little breathless.

She had seen that look in the eyes of men before but it had never affected her like this. She knew why men looked at her that way, and it was not merely because she was a young and lovely girl, it was because there was something in her shapely, rounded body that even the voluminous clothes could not quite conceal, something in the way she walked, and some of the same feeling in her eyes that she now recognized in the eyes of Matt Bardoul.

Yet this was different, too. There was something in the lazy negligence of him as he leaned there, the cigarette between his lips, his eyes upon hers, something that went beyond the handsome darkness of his face, the lean strength of his body, or the hard, strong maleness of him.

As she averted her face, her cheeks flushing and her breasts rising under a quick gasp, the crowd parted and a big man in a black beaver hat and Prince Albert coat thrust his way through. “Jackie, honey! It’s good to see you again! Where’s that brother of yours? Isn’t he here?”

“I haven’t seen him, Father.” For one flickering instant her eyes wavered back to the man under the awning. This time he straightened, and he took his cigarette from his mouth in one quick, impatient gesture, and threw it down.

She had a sudden fear that he would come right through the crowd, walk right up to her and take her in his arms. The impression was so definite that she turned abruptly away and taking her father’s arm, hurried him toward the comparative safety of the IXL.

Matt Bardoul stared after her. This girl he had to have. She stirred something within him that no woman had ever touched, she awakened something in him that left him restless and excited. He liked the proud lift of her chin, liked the blue of her eyes, and liked most of all her awareness of what she was, her knowledge that she was a beautiful and desirable woman.

He had never liked women who avoided recognizing their sex, or avoided the thought of sex. Nor did he like women who so obviously were disappointed they were not men. He had the feeling this girl was alive, knowing and ready, and in her own good time would make a choice. Yet when he turned his eyes away from the door where she had vanished, the memory of the sunlight entangled in the web of her hair, and that quick, frightened look she had given him, remained in his mind.

Something had happened. The thought disturbed and irritated him. He had known many women, but none until now that he knew he had to have. Always before he could mount and ride away, and while he would often remember, he would never feel the urge to go back. Now, he knew that was over. This time he would not ride on.

His thoughts returned to Deadwood. It reminded him of Dodge, Abilene, Tascosa, Hays City or Julesburg. Here it was the lure of gold that brought them, always before in the towns he knew it had been cattle.

There were familiar faces here, faces he had seen in other towns, and some of them he knew, some of them were merely types, the faces of gamblers, bartenders, dance hall girls and their like who followed the quick money and the free spending that characterized the booming west.

This had been, only a few months ago, Indian country. Not much over two years ago Custer had made his fateful ride into the Black Hills, a ride that threw down the gauntlet to the Indians and let them know that even this treaty was to be broken, that even the hunting ground of the Great Spirit was not inviolate. And it was scarcely a year ago that Custer had made that other fateful ride, the one that took him down into the valley of the Little Big Horn and his last great gamble. He wanted one magnificent victory to win favor in the War Department and with the government and people. All he found was tragic defeat from an enemy he despised.

The Sioux had been ready for him. The greatest light cavalry the world had ever seen, and led by men knowing in the ways of war. Crazy Horse and Gall, the great battle leaders of the Sioux, had been waiting for him there. Like Fetterman, Custer had to learn his lesson and die. Like Fetterman he despised the fighting ability of the Indian, and like Fetterman he rode to his death.

The Indians were out there yet along the Big Horn Mountains, along the Powder, the Yellowstone and the Missouri, but never again would they meet the white man in full battle array. Men would be killed along the creeks and the trails, and many a month would pass before it would be safe for a white man to walk unarmed to a corral, or to a spring for water. The power of the Indian had been broken, but the spirit and the resentment lived on. 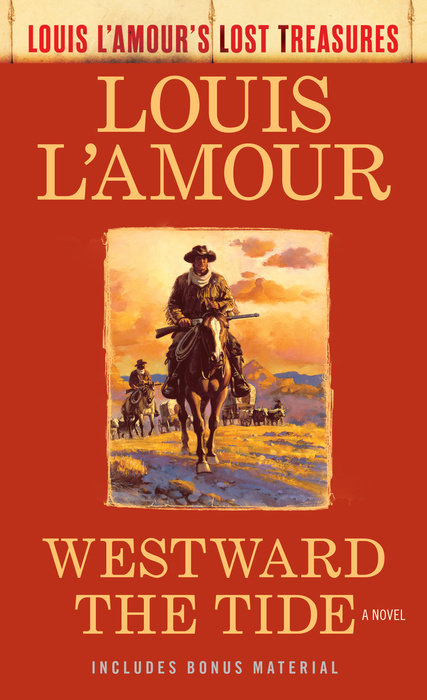