NEW YORK TIMES BESTSELLER • “Mac is back and badder than ever!”—J. R. Ward

It’s easy to walk away from lies. Power is another thing.

MacKayla Lane would do anything to save the home she loves. A gifted sidhe-seer, she’s already fought and defeated the deadly Sinsar Dubh—an ancient book of terrible evil—yet its hold on her has never been stronger.

When the wall that protected humans from the seductive, insatiable Fae was destroyed on Halloween, long-imprisoned immortals ravaged the planet. Now Dublin is a war zone with factions battling for control. As the city heats up and the ice left by the Hoar Frost King melts, tempers flare, passions run red-hot, and dangerous lines get crossed. Seelie and Unseelie vie for power against nine ancient immortals who have governed Dublin for millennia; a rival band of sidhe-seers invades the city, determined to claim it for their own; Mac’s former protégé and best friend, Dani “Mega” O’Malley, is now her fierce enemy; and even more urgent, Highland druid Christian MacKeltar has been captured by the Crimson Hag and is being driven deeper into Unseelie madness with each passing day. The only one Mac can depend on is the powerful, dangerous immortal Jericho Barrons, but even their fiery bond is tested by betrayal.

It’s a world where staying alive is a constant struggle, the line between good and evil is blurred, and every alliance comes at a price. In an epic battle against dark forces, Mac must decide who she can trust, and what her survival is ultimately worth.

“Karen Marie Moning is back, delivering the kind of spellbinding, addictive, twisted tale we love to devour. Magic and madness, intrigue and illusion, passion and power, sexual tension and more sexual tension. . . . Burned is a book that shouldn't be missed. Thrilling, suspenseful, sexy—it has all the right stuff to delight the most ardent of Fever fans.”—USA Today

“Dark, delicious suspense! Karen Marie Moning is my author of choice and Fever is my series of choice for action-packed suspense with a spine-tingling paranormal twist.”—#1 New York Times bestselling author Lisa Gardner

“A masterwork by an incomparable writer. Burned is brilliant, sexy, and dangerous. I adore Moning! No one does it better.”—#1 New York Times bestselling author Sylvia Day

“Burned gets the highest rating from me. I wanted to run through town shouting ‘Mac is back! Mac is back!’ Grab some snacks, something to drink, and settle down for a cover-to-cover read that will likely keep you up all night.”—New York Times bestselling author Linda Howard

“One of the most anticipated books in romance . . . Burned is told through several viewpoints, but the dominating view is Mac’s, and it’s wonderful to have her back, as well as get to spend time with the two Alphas in her life.”—Heroes and Heartbreakers

An excerpt from Burned

Dear Reader,
If this is the first book you’ve picked up in the Fever series, at the end of Burned, I’ve included a guide of People, Places, and Things to illuminate the backstory.
If you’re a seasoned reader of the series, the guide will reacquaint you with notable events and characters, when they were introduced, what they did, if they survived and, if not, how they died.
You can either read the guide first, getting acquainted with the world, or reference it as you go along to refresh your memory. You’ll find a few nuggets not mentioned in the books. The guide features characters by type, followed by places and then things.
To the new reader, welcome to the Fever world.
To the devoted readers who make it possible for me to do what I love every day, welcome back.
Karen

Don’t hide your mistakes,
’Cause they’ll find you, burn you
—“Get Out Alive” by Three Days Grace

Some of us are born more than once.
Some of us re-create ourselves many times.
Ryodan says adaptability is survivability.
Ryodan says a lot of stuff.
Sometimes I listen.
All I know is every time I open my eyes,
My brain kicks on, something wakes up deep in my belly
And I know I’ll do anything it takes.
To. Just. Keep. Breathing.
—From the journals of Danielle O’Malley

“It’s easier to run.
Replacing this pain with something numb” 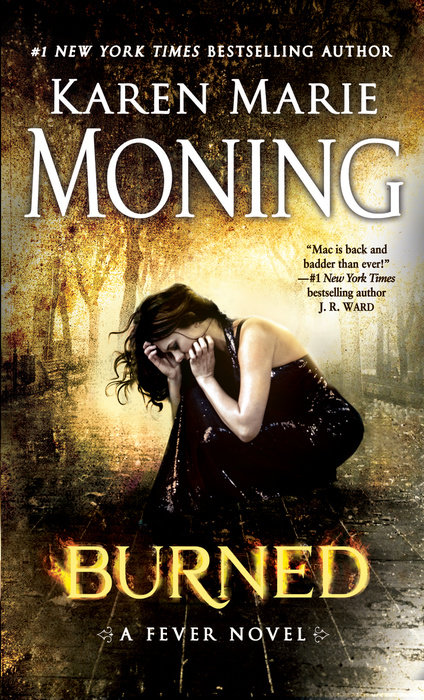