To this day Jack London is the most widely read American writer in the world," E. L. Doctorow wrote in The New York Times Book Review. Generally considered to be London's greatest achievement, The Call of the Wild brought him international acclaim when it was published in 1903. His story of the dog Buck, who learns to survive in the bleak Yukon wilderness, is viewed by many as his symbolic autobiography. "No other popular writer of his time did any better writing than you will find in The Call of the Wild," said H. L. Mencken. "Here, indeed, are all the elements of sound fiction."
White Fang (1906), which London conceived as a "complete antithesis and companion piece to The Call of the Wild," is the tale of an abused wolf-dog tamed by exposure to civilization. Also included in this volume is "To Build a Fire," a marvelously desolate short story set in the Klondike, but containing all the elements of a classic Greek tragedy.
"The quintessential Jack London is in the on-rushing compulsive-ness of his northern stories," noted James Dickey. "Few men have more convincingly examined the connection between the creative powers of the individual writer and the unconscious drive to breed and to survive, found in the natural world. . . . London is in and committed to his creations to a degree very nearly unparalleled in the composition of fiction."

Jack London—his real name was John Griffith London—had a wild and colorful youth on the waterfront of Oakland, his native city. Born in 1876, he left school at the age of fourteen and worked in a cannery. By the time he was sixteen he had been both an oyster pirate and a member of the Fish Patrol in San Francisco Bay. He later wrote about these experiences in The Cruise of the Dazzler (1902) and Tales of the Fish Patrol (1905). In 1893 he joined a sealing cruise that took him as far as Japan. Returning to the United States, he traveled throughout the country. He was determined to become a writer and read voraciously. After a brief period of study at the University of California at Berkeley he joined the gold rush to the Klondike in 1897. He returned to San Francisco the following year. His short stories of the Yukon were published in Overland Monthly (1898) and the Atlantic Monthly (1899), and in 1900 his first collection, The Son of the Wolf, appeared, bringing him national fame. In 1902 he went to London, where he studied the slum conditions of the East End. He wrote about this experience in The People of the Abyss (1903). His life was exciting and eventful. There were sailing voyages to the South Seas and around Cape Horn. He reported on the Russo-Japanese War for the Hearst papers and gave lecture tours. A prolific writer, he published an enormous number of stories and novels. Besides two revealing memoirs, The Road (1907) and John Barleycorn (1913), he authored several collections of short stories, including Love of Life (1907), Lost Face (1910), and On the Makaloa Mat (1919). He also wrote many novels, including The Call of the Wild (1903), The Sea-Wolf (1904), White Fang (1906), Before Adam (1907), The Iron Heel (1908), Martin Eden (1909), and The Star Rover (1915). Jack London died in 1916, at his famous Beauty Ranch in California. 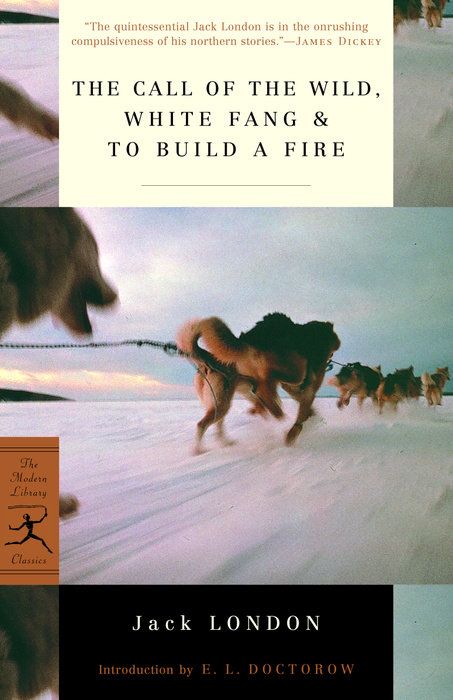