A NEW YORK TIMES NOTABLE BOOK OF THE YEAR

"Elaborate and playful...Honest and deeply felt....Here is the Quindlen wit, the sharp eye for the details of class and manners, [and] the ardent reading of domestic lives."
-THE NEW YORK TIMES

It is the 1960s, in suburban New York City. Maggie and her family, are in the thrall of her powerful grandfather Jack Scanlan. In the summer of her twelfth year, Maggie is despertately trying to master the object lessons her grandfather fills her head with. But there is too much going on to concentrate. Everything at home is in upheaval, her grandfather is changing, and Maggie is unsure if what she wants is worth having....

An excerpt from Object Lessons

All those things would be in her mind when she remembered that time later on. But they always came together, making her think of that summer as a time apart, a time which could never be forgotten but was terrible to remember: the time when her whole life changed, and when she changed, too. When she thought of herself and of her family, and of the town in which they lived, she thought of them torn in two—as they were before and as they were afterward, as though there had been a great rift in the earth of their existence, separating one piece of ground from the other. Her grandfather Scanlan always referred to life on earth and the life to come as here and hereafter: “You’ve got your here, and you’ve got your hereafter, little girl,” he had said to her more than once. “Take care of the first, and the second will take care of itself.” Sometimes Maggie remembered those words when she remembered that summer. Afterward, all the rest of her life would seem to her a hereafter. Here and hereafter, and in between was that summer, the time of changes.

Perhaps she saw it all whole because of so many years of listening to her grandfather create labels, calling everything from bare legs in church to the Mass performed in English “the Vatican follies,” lumping all the bullets and the bombs and the bloodshed in his native Ireland under the heading of “the Troubles.” Or perhaps it was because Maggie needed to find a common thread in the things that happened, all the things that turned that summer into the moat which separated her childhood from what came after, and which began to turn her into the person she would eventually become. “Change comes slowly,” Sister Anastasia, her history teacher, had written on the blackboard when Maggie was in seventh grade. But after that summer, the summer she turned thirteen, Maggie knew that, like so much else the nuns had taught her, this was untrue.

Sometimes change came all at once, with a sound like a fire taking hold of dry wood and paper, with a roar that rose around you so you couldn’t hear yourself think. And then, when the roar died down, even when the fires were damped, everything was different. People came to realize, when they talked about those years, that they were years which set one sort of America apart from another. Twenty years later they would speak of that time as beginning with the war, or the sexual revolution, or Woodstock. But Maggie knew it right away; she believed it began with the sound of a bulldozer moving dirt in her own backyard.

For that was the summer they began building the development behind the Scanlan house. That was the beginning.

On a June morning, a week after school let out, Maggie came down to breakfast and found her father standing at the window over the sink with a cup of coffee in his hand, watching an earth mover the color of a pumpkin heave great scoops of dirt crowned with reeds and grass into the air and onto a pile just beyond the creek. Maggie stood beside him and pushed up on her skinny forearms to look outside, but all she could see was the shovel when it reached its highest point and changed gears with a powerful grinding that seemed to make her bones go cold.

“Son of a bitch,” Tommy Scanlan said with an air of wonder.

A sign announcing the development had stood in the fields behind the house for four years, since before the fourth Scanlan baby had been born. It started out white with green letters. “On this site,” the sign read: COMING SOON. TENNYSON PARK. A COMMUNITY OF HOMES FROM $39,500. “Ha,” said Maggie’s grandfather Scanlan, who knew the price of everything.

Two men with a post digger had come and put the sign up at the end of the cul-de-sac behind Park Street. After the sign went up, the older children in the neighborhood waited for something to happen, but it never did. For years it seemed to stand as a testimonial to the fact that everything was fine just the way it was, that everyone in Kenwood knew one another and was happy in the knowledge that all their neighbors were people like themselves: Irish, Catholic, well enough off not to be anxious about much except the slow, inexorable encroachment of those who were not their kind. The sign got older and the paint got duller and someone carved a cross into the back of it with a knife and all the excitement about new construction and new people died down. One Halloween the sign got pelted with eggs, and the eggs just stayed there through that winter, yellow rivulets that froze on the white and green.

Mrs. Kelly, who lived in the house at the end of the cul-de-sac and whose driveway was nearest the sign, was by turns enraged and terrified at the prospect of the development. She said that they had built a development near her sister in New Jersey, split-levels and ranch houses, and the next thing they knew there had to be a traffic light at the end of the street because of all the cars. But Mrs. Kelly’s husband died of emphysema three years after the sign went up, and Mrs. Kelly went to live with her sister in New Jersey, and there was still no development, just the sign.

Maggie sprang up onto the kitchen counter and sat there, swinging her legs. “Get down,” Connie Scanlan said, feeding Joseph scrambled eggs, although Joseph was really old enough to feed himself. Maggie stayed put, knowing her mother couldn’t concentrate on more than one child at a time, and Connie went back to pushing the eggs into Joseph’s mouth and wiping his little red chin with a napkin after each spoonful, the bowl of egg balanced in her lap. “You heard your mother,” Tommy Scanlan added, but he continued to look out the window.

Her father looked over at her and put down his cup. “Get down,” he said, and turning to his wife, his hands in the pockets of his pants, he said, “That’s the best-kept secret in construction. They’re digging foundations, you’ve gotta figure cement within the month, you’ve gotta figure actual construction in two. My father hasn’t said anything, my brothers haven’t said anything, and I haven’t heard a word from any of the union guys. But they’re out there today with an earth mover, they’ll have cement trucks by next week.”

Without looking up, Connie Scanlan said, “Your father doesn’t know everything, Tom.”

“You’re right my father doesn’t know everything, but he happens to know what’s going on in construction,” Tommy said. “And this is the kind of thing he usually hears about. And being in the cement business you’d think I’d have heard about it, and I haven’t.”

“Maggie usually hears because she listens to everything,” Damien said in his squeaky cartoon voice.

Tommy looked down at the second of his three sons, a skinny little boy as angular and jumpy as a grasshopper. Suddenly Tommy grinned, the easy grin that lit his face every once in a while and made him look half his thirty-three years.

“We’ll keep that in mind, Dame,” Tommy said, as Maggie glared at her brother across the kitchen table, and then he looked out the window again. “Jesus, am I going to catch hell,” he said, and the grin faded to a grim line. “The old man will be on me about this for six months.”

“I don’t know why everybody calls Grandpop that,” said Maggie. “He’s not that old. Sixty-five’s old, but not that old.” She hopped down from the counter. “Daddy, will you drive me to Debbie’s?” she said, as her father took his white shirt off a hanger bent to hang on top of the kitchen door.

“What happened to the president’s physical fitness program?” Tommy asked. “She lives just up the street, for Christ’s sake.”

“Tom,” said his wife, as the baby grabbed at the last spoonful of eggs. 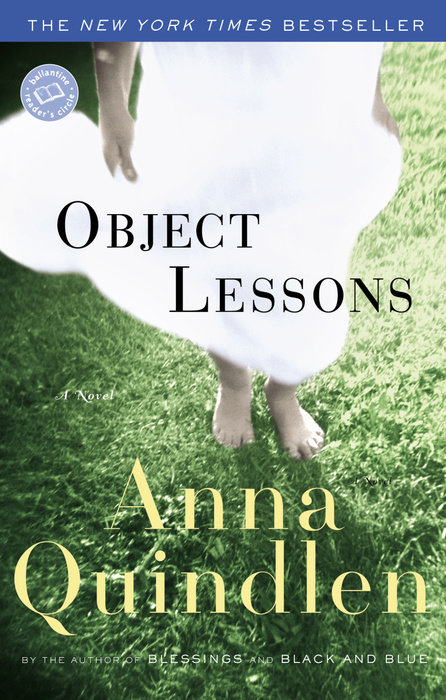