On the Personal, the Political, the Public and the Private

"A splendid collection...Eloquent, powerful, compassionate and droll. There is considerable variety in the subjects she addresses....Compelling."
THE CLEVELAND PLAIN DEALER
Thinking out loud is what Anna Quindlen does best. A syndicated columnist with her finger on the pulse of women's lives, and her heart in a place we all share, she writes about the passions, politics, and peculiarities of Americans everywhere. From gays in the military, to the race for First Lady, to the trials of modern motherhood and the right to choose, Anna Quindlen's views always fascinate.
More of her views can be found in LIVING OUT LOUD, and OBJECT LESSONS.

An excerpt from Thinking Out Loud

The block on which my father grew up half a century ago is a truncated little street that leads nowhere. If it were a foot or two narrower, the map makers might have called it an alley. The houses are identical two-story attached brick buildings with bay windows on the top floor, an overobvious attempt at grandeur.

In this quiet backwater in the southwestern part of the city the children of Irish-Catholic families played in the late afternoons after they had changed from their parochial school uniforms. A police officer walked by twice a day, talking to the people he knew so well.

My father remembers that in one fifteen-minute span when he was eight years old he was hit by four people to whom he was not related: the cop; the neighbor whose window he drew upon with spit; the priest who saw him messing with a statue, and the nun who saw the priest whack him and “wanted to second the emotion. So he grew.

Today the kids on the block are black. The house where the seven Quindlen children were raised, the boys packed two to a bed, has long been empty. The small setback porch is still covered with debris from the fire that gutted the building several years ago. There is plywood nailed over the glassless windows and the doorless doorway.

This was a prosperous neighborhood, a way station to something better. Today it is a poor one, a dead end. Charred interiors are common. So are crime, drugs, and a sense of going nowhere.
Since L.A. burst into flames we have cast a net of blame in our search for those who abandoned America’s cities.

The answer is simple. We did. Over my lifetime prosperity in America has been measured in moving vans, backyards and the self-congratulatory remark “I can’t remember the last time I went to the city.” America became a circle of suburbs surrounding an increasingly grim urban core.

In the beginning there was a synergy between the two; we took the train to the city to work and shop, then fled as the sun went down. But by the 1970s we no longer needed to shop there because of the malls. And by the 1980s we no longer had to work there because of the now-you-see-it rise of industrial parks and office complexes. Pseudo-cities grew up, built of chrome, glass, and homogeneity. Half of America now lives in the ’burbs.

Ronald Reagan and George Bush did, too, and so did many Democrats, truth be told. And they’re going to have to ante up now. But it’s not enough anymore to let those boys take all the responsibility. They don’t carry it well enough.

I understand how Eugene Lang felt when he gave a speech at his old grade school and, overwhelmed by the emptiness of words, offered all the students in the class a chance to go to college. I’ve heard the argument that Mr. Lang’s largesse takes government off the hook. But I bet it’s not compelling for kids who might have gone down the drain if one man hadn’t remembered where he came from, before he moved on to someplace greener, richer, better.

Over the years I’ve heard about sister-city programs between places here and places abroad, places like Minsk or Vienna. Pen pals. Cultural exchange. Volunteer philanthropy. And all the while, twenty minutes away from the suburbs are cultures and lives and problems about which we are shamefully ignorant. I like the sister-city concept. Short Hills and Newark. South-central L.A. and Simi Valley. Both sides benefit.

The pols will lose interest in the cities again soon enough, because so many city residents are poor and powerless and not white. It would be nice to think of Congress as the home of idealists, but thinking like that makes you feel awfully foolish. America’s cities will prosper when America’s prosperous citizens demand it. When they remember their roots.

I’ve walked many times down blocks like the one on which my father grew up. I’ve been a poverty tourist with a notebook, but I never felt ashamed of it until now.

On that little street were the ghosts of the people who brought me into being and the flesh-and-blood kids who will be my children’s companions in the twenty-first century. You could tell by their eyes that they couldn’t figure out why I was there. They were accustomed to being ignored, even by the people who had once populated their rooms. And as long as that continues, our cities will burst and burn, burst and burn, over and over again.

These are dark days for the boys of Bensonhurst. Their world is fading as fast as the summer sun over the city some of their fathers and grandfathers helped build. They are angry the way people are angry when they see a sure thing slipping through their fingers.

Life was easier a generation ago. They graduated from high school, or maybe they didn’t. It didn’t really matter, because someone from the family or the neighborhood could get them into the union or the civil service, could find them a job working construction or picking up trash.

A couple of blocks away would be the girl pretty, with hair and eyes as dark as the subway tunnels, and then there would be the wedding, and later the kids. She would serve dinner on a tray table in front of the television if the game was on, or keep it warm if the boys wanted to get together to play a little ball. She did shirts just right. Looking good was the thing when the day’s grime was scrubbed away.

That has not changed. Looking good is still important. Keith Mondello never had a hair out of place during his trial. Just looking at him you could hear the blow dryer going. Joey Fama was found guilty of murder. Keith Mondello beat the big charges but was convicted of being part of a riot. When the riot was over, a black kid named Yusuf Hawkins was dead on the Bensonhurst sidewalk. They said afterward that it ruined the Feast of Santa Rosalia.

Maybe what they were after wasn’t Yusuf Hawkins at all but everything he represented. The lives the boys of Bensonhurst were banking on are as dead as Drexel Burnham Lambert, and for some of the same reasons. They liked to think they were tops in their neighborhood, and their neighborhood was tops in the city, and the city was the greatest in America, and America was the leader of the world.

America limps along, a superpower that, like a star high-school athlete grown middle-aged, ate too much but didn’t exercise. It carries a paunch of second-rateness.

The girls that were once compliant talk back. They go out to work, and some of them even like it. The jobs aren’t there anymore. The boys don’t like to talk of slow housing starts or municipal cutbacks. They talk of how the jobs were all given away to blacks and Hispanics. Last week in Bensonhurst one of the delis put a picture of a watermelon in the window.

While the trial was going on, a study was released showing that, after blacks and Hispanics, Italian kids are most likely to drop out of school in New York. This came as a surprise to academia, but not to Bensonhurst. The kids who go to college move away, from the neighborhood and from their families, and that’s no good.

When you say these things people will say you are anti-Italian, but ethnicity is beside the point. The boys of Bensonhurst have cousins all over America, from Irish-American boys in parts of Boston to good old boys in small towns down South. They were given to understand that they were better, not because they were smart or capable, but just because they were white men in a world that hated anyone who wasn’t.

And then the world changed. But they didn’t.

A black kid died in Bensonhurst, and someone killed him. You could argue that the whole block did it, although Mayor Dinkins refused to countenance group guilt. But these are places where people keep watch on the street, and as surely as someone is going to give my kids hell if they step off the curb on my block, someone watched the mob and they’ve kept quiet about it all this time. And they always will. This is the code of the boys, wherever they live: Take care of your own. No matter what.

Keeping the code, and the illusion of superiority, becomes harder every day. The economy is in the toilet, buying a house seems forever out of reach, and even when you get a job, you turn around and the guy next to you is black.

Yusuf Hawkins died fast on the pavement. The world of the boys of Bensonhurst, the world they try to protect by any means possible, will waste away and die more slowly. But it will not survive to convince another generation of its own superiority, an illusory arrogance that someone thought worth killing for.

On the Personal, the Political, the Public and the Private 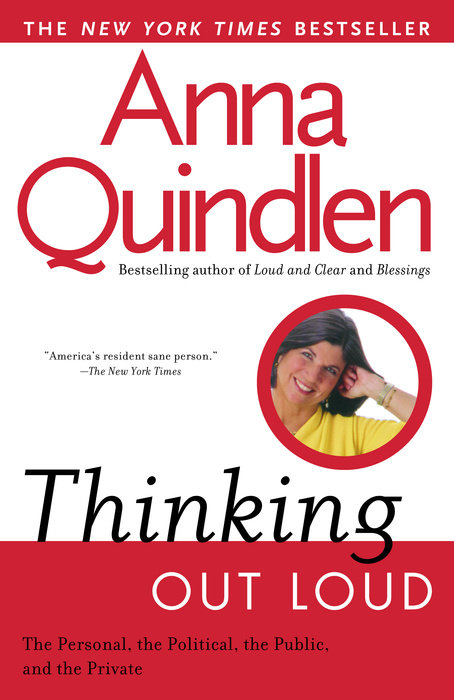