“A history of the human brain from the big bang, fifteen billion years ago, to the day before yesterday . . . It's a delight.”—The New York Times

Dr. Carl Sagan takes us on a great reading adventure, offering his vivid and startling insight into the brain of man and beast, the origin of human intelligence, the function of our most haunting legends—and their amazing links to recent discoveries.

“How can I persuade every intelligent person to read this important and elegant book? . . . He talks about all kinds of things: the why of the pain of human childbirth . . . the reason for sleeping and dreaming . . . chimpanzees taught to communicate in deaf and dumb language . . . the definition of death . . . cloning . . . computers . . . intelligent life on other planets. . . . Fascinating . . . delightful.”—The Boston Globe

“In some lost Eden where dragons ruled, the foundations of our intelligence were laid. . . . Carl Sagan takes us on a guided tour of that lost land. . . . Fascinating . . . entertaining . . . masterful.”—St. Louis Post-Dispatch

An excerpt from Dragons of Eden

THE WORLD is very old, and human beings are very young. Significant events in our personal lives are measured in years or less; our lifetimes in decades; our family genealogies in centuries; and all of recorded history in millennia. But we have been preceded by an awesome vista of time, extending for prodigious periods into the past, about which we know little—both because there are no written records and because we have real difficulty in grasping the immensity of the intervals involved.

Yet we are able to date events in the remote past. Geological stratification and radioactive dating provide information on archaeological, paleontological and geological events; and astrophysical theory provides data on the ages of planetary surfaces, stars, and the Milky Way Galaxy, as well as an estimate of the time that has elapsed since that extraordinary event called the Big Bang—an explosion that involved all of the matter and energy in the present universe. The Big Bang may be the beginning of the universe, or it may be a discontinuity in which information about the earlier history of the universe was destroyed. But it is certainly the earliest event about which we have any record.

The most instructive way I know to express this cosmic chronology is to imagine the fifteen-billion-year lifetime of the universe (or at least its present incarnation since the Big Bang) compressed into the span of a single year. Then every billion years of Earth history would correspond to about twenty-four days of our cosmic year, and one second of that year to 475 real revolutions of the Earth about the sun. On this page through this page I present the cosmic chronology in three forms: a list of some representative pre-December dates; a calendar for the month of December; and a closer look at the late evening of New Year’s Eve. On this scale, the events of our history books—even books that make significant efforts to deprovincialize the present—are so compressed that it is necessary to give a second-by-second recounting of the last seconds of the cosmic year. Even then, we find events listed as contemporary that we have been taught to consider as widely separated in time. In the history of life, an equally rich tapestry must have been woven in other periods—for example, between 10:02 and 10:03 on the morning of April 6th or September 16th. But we have detailed records only for the very end of the cosmic year.

The chronology corresponds to the best evidence now available. But some of it is rather shaky. No one would be astounded if, for example, it turns out that plants colonized the land in the Ordovician rather than the Silurian Period; or that segmented worms appeared earlier in the Precambrian Period than indicated. Also, in the chronology of the last ten seconds of the cosmic year, it was obviously impossible for me to include all significant events; I hope I may be excused for not having explicitly mentioned advances in art, music and literature or the historically significant American, French, Russian and Chinese revolutions.

The construction of such tables and calendars is inevitably humbling. It is disconcerting to find that in such a cosmic year the Earth does not condense out of interstellar matter until early September; dinosaurs emerge on Christmas Eve; flowers arise on December 28th; and men and women originate at 10:30 P.M. on New Year’s Eve. All of recorded history occupies the last ten seconds of December 31; and the time from the waning of the Middle Ages to the present occupies little more than one second. But because I have arranged it that way, the first cosmic year has just ended. And despite the insignificance of the instant we have so far occupied in cosmic time, it is clear that what happens on and near Earth at the beginning of the second cosmic year will depend very much on the scientific wisdom and the distinctly human sensitivity of mankind. 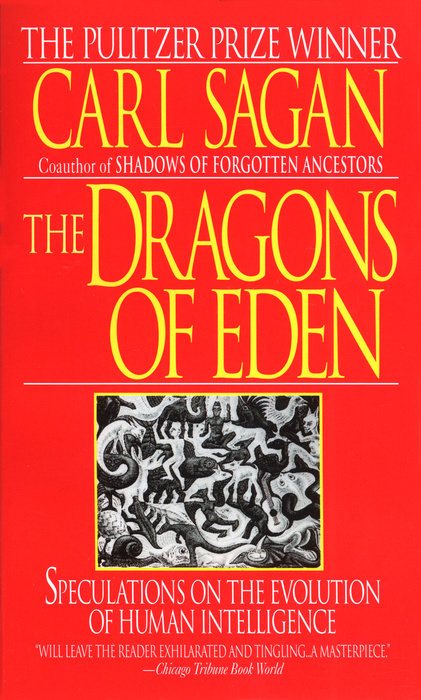