Between the Highlander and Fever worlds lies a place beyond imagining.

This new edition of the novella contains more than 100 pages of bonus material, including:
• a deleted scene from Kiss of the Highlander
• a proposal for a never-published romance
• an alternate opening version of The Dark Highlander
• a sneak peek at art from the upcoming graphic novel Fever Moon

For the first time in hardcover, here is #1 New York Times bestselling author Karen Marie Moning’s novella Into the Dreaming, a tale of Highland fantasy, star-crossed lovers, and the timeless manipulation of the ancient, immortal Unseelie king. This is Moning at her romantic, funniest finest.

Stolen from his beloved home in the Highlands of Scotland, imprisoned in the Unseelie king’s dark, frosty kingdom, Aedan MacKinnon endured centuries of torture before becoming the icy, emotionless Vengeance, the dark king’s dispatcher of death and destruction in the mortal realm.

Aspiring romance novelist Jane Sillee has always believed that she was born in the wrong century, but she’s managed to make a decent enough life for herself—if only she could stop having those recurring dreams about a man too perfect to exist.

In the Dreaming you have loved him . . .

Haunted every night of her life by a devastatingly sexy Highlander who comes to her while she sleeps, Jane tries to write him out of her head and heart. As a child he protected her, as a woman he loves her.

When an ancient tapestry bearing the likeness of her beloved Highlander arrives on her doorstep, Jane is whisked back in time to fifteenth-century Scotland, to the castle of Dun Haakon on the isle of Skye, where she is given one chance to save her dream lover . . . or lose him forever to the Unseelie king.

Caught in a deadly game between the light and dark courts of the Fae, Jane must find a way through the ice to the heart of her Highander. But will the love of one mortal woman be enough to defeat such ancient and ruthless immortal enemies?

An excerpt from Into the Dreaming (with bonus material)

It was a land of shadows and ice.

Of gray. And grayer. And black.

Deep in the shadows lurked inhuman creatures, twisted of limb and hideous of countenance. Things one did well to avoid seeing.

Should the creatures enter the pale bars of what passed for light in the terrible place, they would die, painfully and slowly. As would he-the mortal Highlander imprisoned within columns of sickly light-should he succeed in breaking the chains that held him and seek escape through those terrifying shadows.

Jagged cliffs of ice towered above him. A frigid wind shrieked through dark labyrinthine canyons, bearing a susurrus of desolate voices and faint, hellish screams. No sun, no fair breeze of Scotland, no scent of heather penetrated his frozen, bleak hell.

He hated it. His very soul cringed at the horror of the place.

He ached for the warmth of the sun on his face and hungered for the sweet crush of grass beneath his boots. He would have given years of his life for the surety of his stallion between his thighs and the solid weight of his claymore in his grip.

He dreamed-when he managed to escape the agony of his surroundings by retreating deep into his mind-of the blaze of a peat fire, scattered with sheaves of heather. Of a woman's warm, loving caresses. Of buttery, golden-crusted bread hot from the hearth. Simple things. Impossible things.

For the son of a Highland chieftain, who'd passed a score and ten in resplendent mountains and vales, five years was an intolerable sentence; an incarceration that would be withstood only by force of will, by careful nurturing of the light of hope within his heart.

But he was a strong man, with the royal blood of Scottish kings running hot and true in his veins. He would survive. He would return and reclaim his rightful place, woo and win a bonny lass with a tender heart and a tempestuous spirit like his mother, and fill the halls of Dun Haakon with the music of wee ones.

With such dreams, he withstood five years in the hellish wasteland.

Only to discover the dark king had deceived him.

His sentence had never been five years at all, but five faery years: five hundred years in the land of shadow and ice.

"My queen, the Unseelie king holds a mortal captive."

"Aedan MacKinnon, son and heir of the Norse princess Saucy Mary and Findanus MacKinnon, from Dun Haakon on the Isle of Skye."

"Descendent of the Scottish king, Kenneth McAlpin," the queen mused aloud. "The Unseelie king grows greedy, his aim lofty, if he seeks to turn the seed of the McAlpin to his dark ways. What bargain did he strike with this mortal?"

"He sent his current Hand of Vengeance into the world to bring death to the mortal's clansmen yet bartered that if the mortal willingly consented to spend five years in his kingdom, he would spare his kin."

"And the MacKinnon agreed?"

"The king concealed from him that five years in Faery is five centuries. Still, as grandseed of the McAlpin, I suspect the MacKinnon would have accepted the full term to protect his clan."

"What concession does the king make?" the queen asked shrewdly. Any bargain between faery and mortal must hold the possibility for the human to regain his freedom. Still, no mortal had ever bested a fairy in such a bargain.

"At the end of his sentence, he will be granted one full cycle of the moon in the mortal world, at his home at Dun Haakon. If, by the end of that time, he is loved and loves in return, he will be free. If not, he serves as the king's new Hand of Vengeance until the king chooses to replace him, at which time he dies."

The queen made a sound curiously like a sigh. By such cruel methods had the Unseelie king long fashioned his deadly, prized assassin-his beloved Vengeance-by capturing a mortal, driving him past human limits into madness, indurating him to all emotion, then endowing him with special powers and arts.

Since the Unseelie king was barred entrance to the human world, he trained his Vengeance to carry out his orders, to hold no act too heinous. Mortals dared not even whisper the icy assassin's name, lest they inadvertently draw his merciless attention. If a man angered the Unseelie king, Vengeance punished the mortal's clan, sparing no innocents. If grumblings about the faery were heard, Vengeance silenced them in cruelly imaginative ways. If the royal house was not amenable to the fairy world, Vengeance toppled kings as carelessly as one might sweep a chessboard.

Until now, it had been the Unseelie king's wont to abduct an insignificant mortal, one without clan who would not be missed, to train as his Vengeance. He went too far this time, the Seelie queen brooded, abducting a blood grandson of one of fair Scotia's greatest kings-a man of great honor, noble and true of heart.

She would win this mortal back.

The queen was silent for a time. Then, "Ah, what five hundred years in that place will do to him," she breathed in a chilling voice. The Unseelie king had named the terms of his bargain well. Aedan MacKinnon would still be mortal at the end of his captivity but no longer remotely human when released. Once, long ago and never forgotten, she'd traversed that forbidden land herself, danced upon a pinnacle of black ice, slept within the dark king's velvet embrace . . .

"Perhaps an enchanted tapestry," she mused, "to bring the MacKinnon the one true mate to his heart." She could not fight the Unseelie king directly, lest the clash of their magic too gravely damage the land. But she could and would do all in her power to ensure Aedan MacKinnon found love at the end of his imprisonment.

"My queen," the messenger offered hesitantly, "they shall have but one bridge of the moon in the sky. Perhaps they should meet in the Dreaming."

The queen pondered a moment. The Dreaming: that elusive, much-sought, everforgotten realm where mortals occasionally brushed pale shoulder to iridescent wing with the fairy. That place where mortals would be astonished to know battles were won and lost, universes born, and true love preordained, from Cleopatra and Mark Antony to Abelard and Heloise. The lovers could meet in the Dreaming and share a lifetime of loving before they ever met in the mortal realm. It would lay a grand foundation for success of her plan.

"Wisely spoken," the queen agreed. Rising from her floral bower with fluid grace, she raised her arms and began to sing.

From her melody a tapestry was woven, of faery lore, of bits of blood and bone, of silken hair from the great, great-grandson of the McAlpin, of ancient rites known only to the True Race. As she sang, her court chanted:

Into the Dreaming lure them deep

where they shall love whilst they doth sleep

then in the waking both shall dwell

And when the tapestry was complete, the queen marveled.

"I have seen him, and it is so," the messenger replied, wetting his lips, his gaze fixed upon the tapestry.

The faery queen went to him in the Dreaming, well into his sentence, when he was quite mad. Tracing a curved nail against his icy jaw, she whispered in his ear, "Hold fast, MacKinnon, for I have found you the mate to your soul. She will warm you. She will love you above all others."

The monster chained to the ice threw back his dark head and laughed.

It was not a human sound at all.

Jane sillee had an intensely passionate relationship with her postman.

It was classic love-hate.

The moment she heard him whistling his way down her walk, her heart kicked into overtime, a sappy smile curved her lips, and her breathing quickened.

But the moment he failed to deliver the acceptance letter extolling the wonders of her manuscript, or worse, handed her a rejection letter, she hated him. Hated him. Knew it was his fault somehow. That maybe, just maybe, a publisher had written glowing things about her, he'd dropped the letter because he was careless, the wind had picked it up and carried it off, and even now her bright and shining future lay sodden and decomposing in a mud puddle somewhere.

Just how much could a federal employee be trusted, anyway? she brooded suspiciously. He could be part of some covert study designed to determine how much one tortured writer could endure before snapping and turning into a pen-wielding felon.

"Purple prose, my ass," she muttered, balling up the latest rejection letter. "I only used black ink. I can't afford a color ink cartridge." She kicked the door of her tiny apartment shut and slumped into her secondhand Naugahyde recliner.

Massaging her temples, she scowled. She simply had to get this story published. She'd become convinced it was the only way she was ever going to get him out of her mind.

Him. Her sexy, dark-haired Highlander. The one who came to her in dreams. 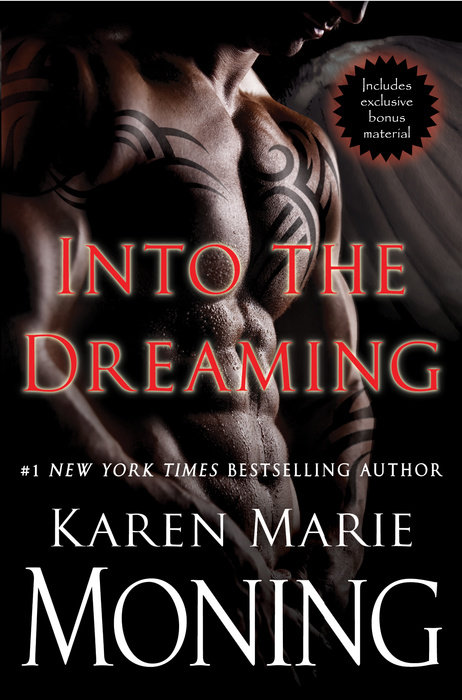