A sexy carjacker takes a would-be starlet for the ride of her life as a pulse-pounding new series from New York Times bestselling author Tracy Wolff begins.

Once the brains behind a car-boosting ring, Nic Medina has spent the last three years playing it straight. Now drag racers flock to his L.A. auto shop, Hotwired, for a shot at going head-to-head with the man himself. But when a crooked cop gives Nic a treacherous ultimatum—steal ten high-end cars or watch his nephew disappear into the system—he makes the only choice he can, one that puts the life he’s worked so hard for at risk. No sooner does Nic agree than he spots some nasty competition—and a gorgeous bystander in harm’s way.

A small-town girl with Hollywood dreams, Jordan Bass never expected to be swept up in a real-life drama. But that’s exactly what happens when she witnesses a violent crime. And when a smoldering stranger takes the wheel and practically kidnaps her in a desperate bid to keep her safe, she’s not sure whether to scream . . . or kiss him. Nic’s bad news—but the real bad guys aren’t above silencing a witness. On a collision course with danger, Jordan finds herself falling for the man whose street smarts are keeping her alive . . . and whose touch puts her in high gear.

“Tracy Wolff is one of my favorite romance authors. Her books are always easy to read, the characters are easy to fall in love with and alpha males galore . . . you know what I mean.”—Disheveled Book Blog

“Accelerate is the first book in the Hotwired series and I am already addicted and begging for more! There was drama, romance and some really funny moments—Accelerate definitely had it all!”—Page to Page Reviews

An excerpt from Accelerate

I mean, I’ve seen hundreds of thousands of automobiles in my life—in every size and color of the rainbow. I’ve heard the loud reverberations of an engine turning over. The high-pitched scream of brakes squealing. The sharp, tight whir of wheels spinning out on asphalt. Who hasn’t?

But this—this kaleidoscope of color and light and sound—this is something else entirely. It’s bright and bold and sexy, so sexy that I don’t know where to look first. Don’t know what to feel first.

Except the excitement that’s beating in my blood, that’s thrumming in my soul and tearing at my spine even as it shreds every last preconception I’ve ever had.

Then again, that could just be the bass that’s ripping up the air around me like a jackhammer. It’s a full-out assault on the senses, but then everything about this place is. The lights are too bright, the music is too loud, the people are too out there. And the cars . . . the cars are too everything.

Which is why I love it. After spending so much of the past few years jumping at shadows, I love every f***ing thing about being here. Including the fact that I refuse to be afraid.

Too bad the same can’t be said for my best friend, Vi, who’s currently clutching my hand like it’s a lifeline as I weave us between the gaps in the rows of brightly colored cars. They’re lined up fifty or sixty deep, hoods proudly popped to display what they’re packing, and there are so many of them that I can’t help wondering if every drag racer in five hundred miles is at this private speedway right now.

It’s an exciting thought—at least for me. But then, I grew up in a town so small that racing our cars up and down the main drag was the only action teenagers could find on a Friday evening. Not that I ever got to race. And even if I had, it wouldn’t have been in the same stratosphere as this . . .

“Tell me again why we’re here,” Vi whines as she closes the distance between us and burrows right up against my side. I’m not sure if the gesture is because she thinks she needs protection or if it’s because the coolness of the San Diego night is getting to her in her tiny skirt and even tinier tank top.

“You know why,” I answer, tugging her between a purple, highly customized Toyota Matrix and a cherry-red Ford Mustang.

“How are you going to find the guy in all this confusion? It’s not like you even know what he looks like.”

“I don’t have to know what he looks like,” I tell her as I use my free hand to tug my phone out of the back pocket of my jeans. “I know what his car looks like, which is even better.” I pull up the photo my friend Victor sent me.

“A bright green Honda with a tail fin.”

Her perkiness visibly deflates as she waves an arm at the lines of cars in front of us. “Like that narrows it down? There are five of them in this row alone. There must be at least fifty of them in this parking lot tonight.”

“Yeah, but how many of them have purple stripes down the side?”

She snorts. “Probably twenty-five of them.”

Okay, so maybe she’s got a valid point but there’s not much I can do about it now. I need the seats fixed on the 370Z I bought at a police auction last week—when the cops impounded it, they tore the upholstery all to hell looking for something. Drugs, probably, considering the auction was for south San Diego, right across the border from Mexico. I bought the car despite the damage because it was cheap and had low mileage. Plus Nissans are supposed to be really dependable. In fact—

I cut the long line of justifications short, reminding myself for about the hundredth time since I bought the car that I don’t have to justify myself to anyone. It’s my car. It’s my money. It’s my life and I can live it any way that I want. No one’s looking over my shoulder ready to criticize—or pity—my every move. Not now. And not ever again.
It’s a hard lesson to learn after everything that happened, but it’s one I’m determined to master.

Besides, I have better things to worry about right now—like finding Raul Dominguez. He’s the guy who owns the bright green Honda I’m currently looking for and Victor swears he’s the best at fixing upholstery. He also says he’s cheap, which is the main reason I dragged Vi to the Friday night drag races. I’m on a shoestring budget here and if Raul wants to meet at the drag races, then that’s where we’ll meet.

I spend the next few minutes dragging Vi up and down the aisles looking for Raul’s green Honda, without much luck. I know I should probably ask someone about him, but the truth is, no matter how fascinating I find this place, it’s still taking every ounce of courage I have just to be here. The idea of drawing attention to myself, of actually talking to these people—all of whom seem larger than life—makes my stomach hurt.

So I make myself a promise. If we don’t find him in the next fifteen minutes, I’ll ask someone. Until then, I’m free to just wander. Free to just look.

New York Times and USA Today bestselling author Tracy Wolff wrote her first short story—something with a rainbow and a prince—in second grade, around the same time she forayed into the wonderful world of girls lit with her first Judy Blume novel. By ten she’d read everything in the young adult and classics sections of her local bookstore, so in desperation her mom started her on romance novels. And from the first page of the first book, Tracy knew she’d found her life-long love. A one-time English professor with over fifty novels to her name, she now devotes most of her time to writing romance and dreaming up heroes. She lives in Austin, Texas, with her family. 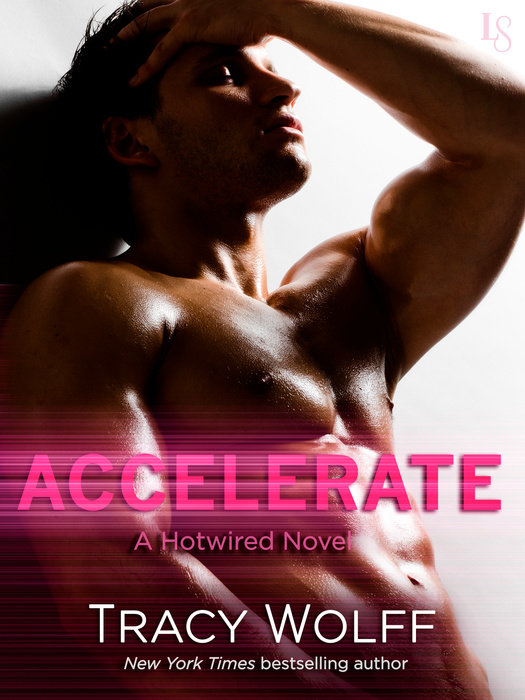