Before Raymond Carver, John Cheever, and Richard Ford, there was Sherwood Anderson, who, with Winesburg, Ohio, charted a new direction in American fiction--evoking with lyrical simplicity quiet moments of epiphany in the lives of ordinary men and women. In a bed, elevated so that he can peer out the window, an old writer contemplates the fluttering of his heart and considers, as if viewing a pageant, the inhabitants of a small midwestern town. Their stories are about loneliness and alienation, passion and virginity, wealth and poverty, thrift and profligacy, carelessness and abandon. "Nothing quite like it has ever been done in America," wrote H. L. Mencken. "It is so vivid, so full of insight, so shiningly life-like and glowing, that the book is lifted into a category all its own."

With Commentary by Sherwood Anderson, Rebecca West, and Hart Crane

An excerpt from Winesburg, Ohio

THE WRITER, an old man with a white mustache, had some difficulty in getting into bed. The windows of the house in which he lived were high and he wanted to look at the trees when he awoke in the morning. A carpenter came to fix the bed so that it would be on a level with the window.

Quite a fuss was made about the matter. The carpenter, who had been a soldier in the Civil War, came into the writer's room and sat down to talk of building a platform for the purpose of raising the bed. The writer had cigars lying about and the carpenter smoked.

For a time the two men talked of the raising of the bed and then they talked of other things. The soldier got on the subject of the war. The writer, in fact, led him to that subject. The carpenter had once been a prisoner in Andersonville prison and had lost a brother. The brother had died of starvation, and whenever the carpenter got upon that subject he cried. He, like the old writer, had a white mustache, and when he cried he puckered up his lips and the mustache bobbed up and down. The weeping old man with the cigar in his mouth was ludicrous. The plan the writer had for the raising of his bed was forgotten and later the carpenter did it in his own way and the writer, who was past sixty, had to help himself with a chair when he went to bed at night.

In his bed the writer rolled over on his side and lay quite still. For years he had been beset with notions concerning his heart. He was a hard smoker and his heart fluttered. The idea had got into his mind that he would some time die unexpectedly and always when he got into bed he thought of that. It did not alarm him. The effect in fact was quite a special thing and not easily explained. It made him more alive, there in bed, than at any other time. Perfectly still he lay and his body was old and not of much use any more, but something inside him was altogether young. He was like a pregnant woman, only that the thing inside him was not a baby but a youth. No, it wasn't a youth, it was a woman, young, and wearing a coat of mail like a knight. It is absurd, you see, to try to tell what was inside the old writer as he lay on his high bed and listened to the fluttering of his heart. The thing to get at is what the writer, or the young thing within the writer, was thinking about.

The old writer, like all of the people in the world, had got, during his long life, a great many notions in his head. He had once been quite handsome and a number of women had been in love with him. And then, of course, he had known people, many people, known them in a peculiarly intimate way that was different from the way in which you and I know people. At least that is what the writer thought and the thought pleased him. Why quarrel with an old man concerning his thoughts?

In the bed the writer had a dream that was not a dream. As he grew somewhat sleepy but was still conscious, figures began to appear before his eyes. He imagined the young indescribable thing within himself was driving a long procession of figures before his eyes.

You see the interest in all this lies in the figures that went before the eyes of the writer. They were all grotesques. All of the men and women the writer had ever known had become grotesques.

The grotesques were not all horrible. Some were amusing, some almost beautiful, and one, a woman all drawn out of shape, hurt the old man by her grotesqueness. When she passed he made a noise like a small dog whimpering. Had you come into the room you might have supposed the old man had unpleasant dreams or perhaps indigestion.

For an hour the procession of grotesques passed before the eyes of the old man, and then, although it was a painful thing to do, he crept out of bed and began to write. Some one of the grotesques had made a deep impression on his mind and he wanted to describe it.

At his desk the writer worked for an hour. In the end he wrote a book which he called 'The Book of the Grotesque.' It was never published, but I saw it once and it made an indelible impression on my mind. The book had one central thought that is very strange and has always remained with me. By remembering it I have been able to understand many people and things that I was never able to understand before. The thought was involved but a simple statement of it would be something like this:

The old man had listed hundreds of the truths in his book. I will not try to tell you of all of them. There was the truth of virginity and the truth of passion, the truth of wealth and of poverty, of thrift and of profligacy, of carelessness and abandon. Hundreds and hundreds were the truths and they were all beautiful.

And then the people came along. Each as he appeared snatched up one of the truths and some who were quite strong snatched up a dozen of them.

It was the truths that made the people grotesques. The old man had quite an elaborate theory concerning the matter. It was his notion that the moment one of the people took one of the truths to himself, called it his truth, and tried to live his life by it, he became a grotesque and the truth he embraced became a falsehood.

You can see for yourself how the old man, who had spent all of his life writing and was filled with words, would write hundreds of pages concerning this matter. The subject would become so big in his mind that he himself would be in danger of becoming a grotesque. He didn't, I suppose, for the same reason that he never published the book. It was the young thing inside him that saved the old man.

Concerning the old carpenter who fixed the bed for the writer, I only mentioned him because he, like many of what are called very common people, became the nearest thing to what is understandable and lovable of all the grotesques in the writer's book.

Sherwood Anderson (1876-1941) spent most of his boyhood in Clyde, Ohio, the model for Winesburg, Ohio. And like the central figure of that work, Anderson left small-town life behind after his mother’s death, when he was nineteen. After serving in the Spanish-American War, the mostly self-taught Anderson became successful advertising copywriter in Chicago. Then in 1912, torn between his responsibilities and his drive to create, he had a breakdown that has become legendary. Having become the owner of a small factory, Anderson abruptly walked from his office and wandered about for four days in a trancelike state before ending up in an Ohio hospital. Realizing he must devote his life to writing, he finally broke with his wife and family and joined Carl Sandburg and Theodore Dreiser, who were at the core of Chicago’s literary group. By 1925, Anderson had demonstrated such talent that H.L. Mencken called him “America’s most distinguished novelist.” A mentor of William Faulkner and Thomas Wolfe, Anderson was known for his colloquial style and his exploration of gender and sexuality in relationships. His works of fiction include Windy McPherson’s Son (1916); Poor White (1920); The Triumph of the Egg (1921), a short-story collection; and Dark Laughter (1925). Also important are his autobiographical works: A Story Teller’s Story (1924), Tar: A Midwest Childhood (1926), and Sherwood Anderson’s Memoirs (1942). He died of peritonitis on a trip abroad when a broken toothpick perforated his intestines. 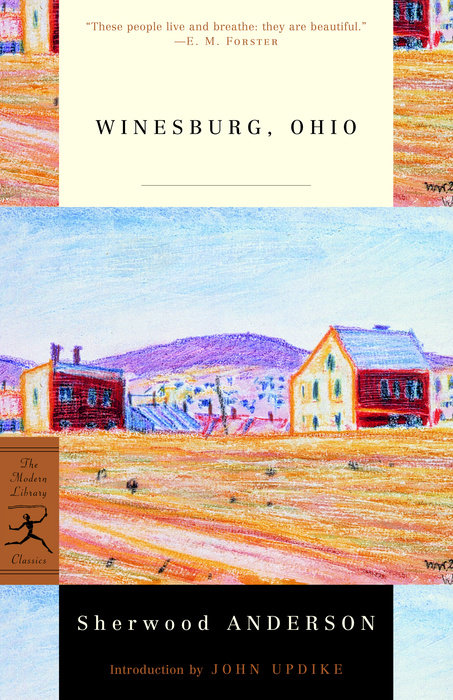