Abducted as a teenager, a woman must now confront her past and untangle the truth of what really happened to her in this dark thriller from the author of The Wolf Wants In.

“Laura McHugh expertly delivers a harrowing tale of a world where little is what it first appears to be.”—Ron Rash, bestselling author of Serena

Seventeen-year-old Sarabeth has become increasingly rebellious since her parents found God and moved their family to a remote Arkansas farmstead where she’s forced to wear long dresses, follow strict rules, and grow her hair down to her waist. She’s all but given up on escaping the farm when a masked man appears one stifling summer morning and snatches her out of the cornfield.

A week after her abduction, she’s found alongside a highway in a bloodstained dress—alive—but her family treats her like she’s tainted, and there’s little hope of finding her captor, who kept Sarabeth blindfolded in the dark the entire time, never uttering a word. One good thing arises from the horrific ordeal: a chance to leave the Ozarks and start a new life.

Five years later, Sarabeth is struggling to keep her past buried when investigator Nick Farrow calls. Convinced that her case is connected to the strikingly similar disappearance of another young girl, Farrow wants Sarabeth’s help, and he’ll do whatever it takes to get it, even if that means dragging her back to the last place she wants to go—the hills and hollers of home, to face her estranged family and all her deepest fears.

In this riveting new novel from Laura McHugh, blood ties and buried secrets draw a young woman back into the nightmare of her past to save a missing girl, unaware of what awaits her in the darkness.

An excerpt from What's Done in Darkness

Sarabeth. Three syllables, hushed, like a secret whispered in my ear, my skin prickling as though I had felt his breath through the phone. The man was still talking, but it was all static after Sarabeth. No one called me that anymore. It was an old name. A dead name. I had been Sarah for nearly five years, and those who knew my real name never had cause to utter it, because they no longer spoke to me.

There was a pause while the man waited for me to respond. “Hello?” he said. “Are you there?”

I pressed my free hand flat against the cool metal desktop and tried to anchor myself in the present. My cluttered office at the animal shelter. The brightly colored sticky notes framing my monitor, reminding me of upcoming foster appointments. The mournful wail of a bloodhound in the exam room down the hall. I forced air into my constricted lungs, the stinging scent of bleach and urine filtering in as the kennels were sprayed down.

“I’m Nick Farrow with the Missouri Highway Patrol, Missing Persons Unit. I need to speak with you about your case.”

I swallowed hard, my mouth suddenly dry. Why would the Missouri state police be calling me now? I’d been found in Missouri, not far from the Arkansas line, but the Clayton County Sheriff’s Department back in Wisteria had been in charge of the case, and after making a mess of it, they’d done their best to bury it and move on.

“Did something happen?” I asked. “Has something new come up?”

“Not exactly,” he said. “Not in regard to your case specifically. But there’s a missing person case that bears some resemblance to yours. I’d like to ask you a few questions.”

“I’m sorry,” I said. “It was a long time ago. I’ve already given all the information I had.”

I sensed skepticism in his silence and wasn’t surprised. I knew it was difficult to believe that I’d been held captive for more than a week yet didn’t know who’d taken me or where I’d been. People had their own ideas about what had happened to Sarabeth Shepherd, the seventeen-year-old girl who’d vanished from her family’s farm in rural Arkansas and reappeared in a bloodstained slip along Highway 65, bound and blindfolded, with a dubious story about how she ended up there. I thought of that Sarabeth as a different person altogether, the girl from the newspaper headlines.

“I understand,” Farrow said in a gentle Good Cop voice, his tone implying I am on your side. I knew from experience that if you didn’t give Good Cop what he wanted, it was only a matter of time before Bad Cop stepped in. Did you run away, Sarabeth? Did you cause these injuries yourself? Cut off your own hair? Did you make it all up for attention?

“I still want to talk to you,” Farrow continued. “I know it’s been a while, but some things have changed since then.”

The bloodhound’s cries grew louder as Melissa, my boss, led him past my office toward the outdoor runs. The dog twisted and squirmed, fighting the leash. We’d found him tied to the fence when we arrived to open the shelter an hour ago, his ears lumpy with ticks. It was all too common for people to dump animals overnight, to avoid the intake fee or the paperwork or the discomfort of looking someone in the eye while they relinquished a pet. Last August, we’d found a litter of twelve black kittens sealed in a plastic storage tub in the parking lot. All but one had perished in the heat before we got to them. Melissa named the survivor Sunny and bottle-fed her around the clock for days, but she didn’t make it.

“We’ve got new tools, technologically speaking,” he said. “I’m sure you’ve seen it in the news. Software that can link crimes. Genealogical databases that can help identify criminals from cold cases. There’s a chance we could find the person who took you.”

He dangled that vague possibility as though it would entice me. I had left my old life behind on the farm, like the snakes that shed their skins in the fields, a process necessary for survival. A piece of me was still there in Arkansas, but I was gone. No one in my new life knew who I was, what had happened to me, and I wanted to keep it that way.

“You said this was about another case.”

“Yes,” he said. “A sixteen-year-old girl went missing from a small town near the Bootheel. No trace of her since, no sightings, nothing. I’m checking for any possible connection to previous abductions, and I need your help. An hour of your time.”

There was a sound like paper shuffling. A muted sigh. I wondered if he remembered the news coverage of my case, if he’d been working in missing persons back then. Regardless, he’d have read enough of the file to be aware of the lingering suspicion that I was responsible for my own disappearance. I wasn’t the only survivor in recent years to be accused of pulling a real-life Gone Girl, to fail the purity test for girls who come back alive. The sheriff had chuckled when I said I couldn’t describe the suspect or the location because I’d been blindfolded the entire time and kept in the dark. Is that right, he said, his shoulders ratcheting up and down as he laughed. Well, ain’t that convenient.

I stared at a neon-green Post-it: Helen, Dairy Queen, Worm X. My most prolific volunteer would be arriving soon to get her latest foster puppies dewormed. The Dairy Queen litter. They’d been found in a dumpster behind the restaurant.

“What makes you think I can help?”

“She has some things in common with you, Sarabeth.”

“Sarah,” I said. “I go by Sarah now.” He knew that, no doubt, and used my old name purposefully, in an attempt to dredge up the past, to haul painful memories to the surface, foul and dripping. I thought of my brothers playing at the muddy edge of the farm pond one spring, poking hibernating frogs to wake them. Leave them be! my little sister, Sylvie, had piped. They’re dreaming. Sylvie wouldn’t be little like I remembered her. She’d be sixteen now, my brothers grown into men.

“Sarah,” he said, his voice softening. “You might have a valuable piece of information without realizing it. Something that could help us find her. You could bring her home.”

He stated it with conviction, as though it was a real possibility, but he was wrong. I couldn’t save anyone. Five years later, my own survival still seemed tenuous. I’d stopped taking pills for anxiety and insomnia, not because I didn’t need them anymore, but because I worried they made me less alert. I had nightmares, the fear so visceral that I felt no relief even when I woke in my own bed, the night-light burning brightly enough to illuminate the familiar landscape of my bedroom.

I hung up, chilled by the sweat that had dampened my skin during the brief conversation. I didn’t know for sure whether Farrow could compel me to talk to him, but I told myself that he couldn’t. I pressed my palms to the desk, breathed in the scent of disinfectant, clamped my tongue between my teeth. You’re okay. You’re safe. Despite the rituals of reassurance, I felt wobbly, like my bones had gone soft. I kept Sarabeth buried as best I could, but the grave was shallow and easily disturbed.

“Hey,” Melissa said, pushing the door open with her elbow, an armful of crusty-eyed kittens clutched against her substantial bosom. “I need somebody to drive a crate of baby raccoons to the wildlife rehab. If we’re not there by five they lose their spot.” She made kissy faces at the kittens, murmuring baby talk. “And coccidia is spreading through the holding room again. Think Helen’ll take another sick litter?”

I tried to wrench my attention back to where it needed to be. Orphaned raccoons. Sick kittens. Problems I could actually do something about. 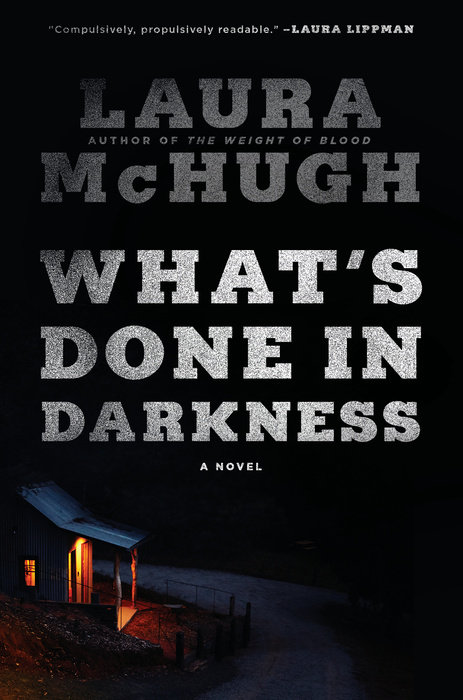