The third and final book in the Galactic Empire series, the spectacular precursor to the classic Foundation series, by one of history’s most influential writers of science fiction, Isaac Asimov

After years of bitter struggle, Trantor had at last completed its work—its Galactic Empire ruled all 200 million planets of the Galaxy . . . all but one. On a backward planet called Earth were those who nurtured bitter dreams of a mythical, half-remembered past when the planet was humanity’s only home. The other worlds despised it or merely patronized it—until a man from the past miraculously stepped through a time fault that spanned a millennium, living proof of Earth’s most preposterous claims.

Joseph Schwartz was a happily retired Chicago tailor circa 1949. Trapped in an incredible future he could barely comprehend, the unlikely time traveler would soon become a pawn in a desperate conspiracy to bring down the Empire in a twist of agony and death—a mad plan to restore Earth’s tarnished glory by ending human life on every other world.

An excerpt from Pebble in the Sky

1. Between One Footstep and the Next

Two minutes before he disappeared forever from the face of the Earth he knew, Joseph Schwartz strolled along the pleasant streets of suburban Chicago quoting Browning to himself.

In a sense this was strange, since Schwartz would scarcely have impressed any casual passerby as the Browning-quoting type. He looked exactly what he was: a retired tailor, thoroughly lacking in what the sophisticates of today call a “formal education.” Yet he had expended much of an inquisitive nature upon random reading. By the sheer force of indiscriminate voracity, he had gleaned a smattering of practically everything, and by means of a trick memory had managed to keep it all straight.

For instance, he had read Robert Browning’s Rabbi Ben Ezra twice when he was younger, so, of course, knew it by heart. Most of it was obscure to him, but those first three lines had become one with the beating of his heart these last few years. He intoned them to himself, deep within the silent fortress of his mind, that very sunny and very bright early summer day of 1949:

“Grow old along with me!

The best is yet to be,

Schwartz felt that to its fullness. After the struggles of youth in Europe and those of his early manhood in the United States, the serenity of a comfortable old age was pleasant. With a house of his own and money of his own, he could, and did, retire. With a wife in good health, two daughters safely married, a grandson to soothe these last best years, what had he to worry about?

There was the atom bomb, of course, and this somewhat lascivious talk about World War III, but Schwartz was a believer in the goodness of human nature. He didn’t think there would be another war. He didn’t think Earth would ever see again the sunlike hell of an atom exploded in anger. So he smiled tolerantly at the children he passed and silently wished them a speedy and not too difficult ride through youth to the peace of the best that was yet to be.

He lifted his foot to step over a Raggedy Ann doll smiling through its neglect as it lay there in the middle of the walk, a foundling not yet missed. He had not quite put his foot down again . . .

In another part of Chicago stood the Institute for Nuclear Research, in which men may have had theories upon the essential worth of human nature but were half ashamed of them, since no quantitative instrument had yet been designed to measure it. When they thought about it, it was often enough to wish that some stroke from heaven would prevent human nature (and damned human ingenuity) from turning every innocent and interesting discovery into a deadly weapon.

Yet, in a pinch, the same man who could not find it in his conscience to curb his curiosity into the nuclear studies that might someday kill half of Earth would risk his life to save that of an unimportant fellow man.

It was the blue glow behind the chemist’s back that first attracted the attention of Dr. Smith.

He peered at it as he passed the half-open door. The chemist, a cheerful youngster, was whistling as he tipped up a volumetric flask, in which the solution had already been made up to volume. A white powder tumbled lazily through the liquid, dissolving in its own good time. For a moment that was all, and then Dr. Smith’s instinct, which had stopped him in the first place, stirred him to action.

He dashed inside, snatched up a yardstick, and swept the contents of the desk top to the floor. There was the deadly hiss of molten metal. Dr. Smith felt a drop of perspiration slip to the end of his nose.

The youngster stared blankly at the concrete floor along which the silvery metal had already frozen in thin splash marks. They still radiated heat strongly.

He said faintly, “What happened?”

“Nothing’s been doing here,” the chemist yammered. “That was just a sample of crude uranium. I’m making an electrolytic copper determination. . . . I don’t know what could have happened.”

“Whatever happened, young man, I can tell you what I saw. That platinum crucible was showing a corona. Heavy radiation was taking place. Uranium, you say?”

“Yes, but crude uranium, and that isn’t dangerous. I mean, extreme purity is one of the most important qualifications for fission, isn’t it?” He touched his tongue to his lips quickly. “Do you think it was fission, sir? It’s not plutonium, and it wasn’t being bombarded.”

“And,” said Dr. Smith thoughtfully, “it was below the critical mass. Or, at least, below the critical masses we think we know.” He stared at the soapstone desk, at the burned and blistered paint of the cabinets and the silvery streaks along the concrete floor. “Yet uranium melts at about 1800 degrees Centigrade, and nuclear phenomena are not so well known that we can afford to talk too glibly. After all, this place must be fairly saturated with stray radiations. When the metal cools, young man, it had better be chipped up, collected, and thoroughly analyzed.”

He gazed thoughtfully about him, then stepped to the opposite wall and felt uneasily at a spot about shoulder height.

“What’s this?” he said to the chemist. “Has this always been here?”

“What, sir?” The young man stepped up nervously and glanced at the spot the older man indicated. It was a tiny hole, one that might have been made by a thin nail driven into the wall and withdrawn—but driven through plaster and brick for the full thickness of the building’s wall, since daylight could be seen through it.

The chemist shook his head, “I never saw that before. But I never looked for it, either, sir.”

Dr. Smith said nothing. He stepped back slowly and passed the thermostat, a parallelopiped of a box made out of thin sheet iron. The water in it moved swirlingly as the stirrer turned in motor-driven monomania, while the electric bulbs beneath the water, serving as heaters, flicked on and off distractingly, in time with the clicking of the mercury relay.

“Well, then, was this here?” And Dr. Smith scraped gently with his fingernail at a spot near the top of the wide side of the thermostat. It was a neat, tiny circle drilled through the metal. The water did not quite reach it.

The chemist’s eyes widened. “No, sir, that wasn’t there ever before. I’ll guarantee that.”

“Hmm. Is there one on the other side?”

“All right, come round here and sight through the holes. . . . Shut the thermostat off, please. Now stay there.” He placed his finger on the hole in the wall. “What do you see?” he called out.

“I see your finger, sir. Is that where the hole is?”

Dr. Smith did not answer. He said, with a calmness he was far from feeling, “Sight through in the other direction. . . . Now what do you see?”

“But that’s the place where the crucible with the uranium was standing. You’re looking at the exact place, aren’t you?”

Reluctantly, “I think so, sir.”

Dr. Smith said frostily, with a quick glance at the name plate on the still-open door, “Mr. Jennings, this is absolutely top-secret. I don’t want you ever to speak about this to anyone. Do you understand?”

“Then let’s get out of here. We’ll send in the radiation men to check the place, and you and I will spend a siege in the infirmary.”

But there were no serious signs of radiation burns in either. Blood counts were normal and a study of the hair roots revealed nothing. The nausea that developed was eventually tabbed as psychosomatic and no other symptoms appeared.

Nor, in all the Institute, was anyone found, either then or in the future, to explain why a crucible of crude uranium, well below critical size, and under no direct neutronic bombardment, should suddenly melt and radiate that deadly and significant corona.

The only conclusion was that nuclear physics had queer and dangerous crannies left in it.

Yet Dr. Smith never brought himself to tell all the truth in the report he eventually prepared. He made no mention of the holes in the laboratory, no mention of the fact that the one nearest the spot where the crucible had been was barely visible, the one on the other side of the thermostat was a trace larger, while the one in the wall, three times as far away from that fearful spot, could have had a nail thrust through it.

A beam expanding in a straight line could travel several miles before the Earth’s curvature made the surface fall away from it sufficiently to prevent further damage, and then it would be ten feet across. After that, flashing emptily into space, expanding and weakening, a queer strain in the fabric of the cosmos.

He never told anyone of that fancy. 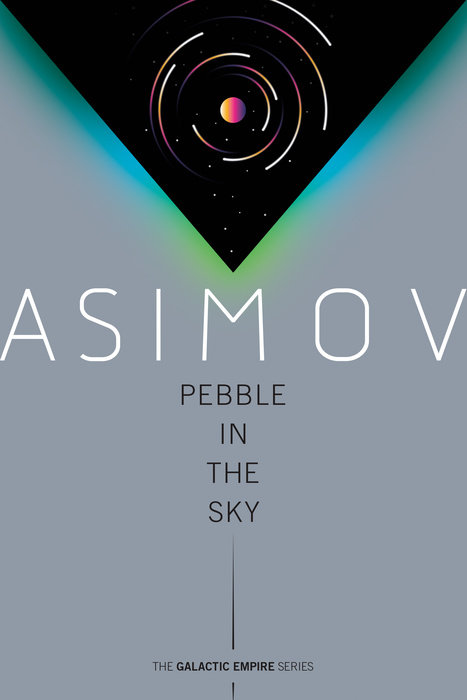