NEW YORK TIMES BESTSELLER • The past comes back to haunt psychologist Alex Delaware and Detective Milo Sturgis when they investigate a grisly double homicide and uncover an even more unspeakable motive in this riveting thriller from the bestselling master of suspense.

Los Angeles is a city of sunlight, celebrity, and possibility. The L.A. often experienced by Homicide Lt. Detective Milo Sturgis and psychologist Alex Delaware, is a city of the dead.

Early one morning, the two of them find themselves in a neighborhood of pretty houses, pretty cars, and pretty people. The scene they encounter is anything but. A naked young man lies dead in the street, the apparent victim of a collision with a moving van hurtling through suburbia in the darkness. But any thoughts of accidental death vanish when a blood trail leads to a nearby home.

Inside, a young woman lies butchered. The identity of the male victim and his role in the horror remain elusive, but that of the woman creates additional questions. And adding to the shock, Alex has met her while working a convoluted child custody case. Cordelia Gannett was a self-styled internet influencer who’d gotten into legal troubles by palming herself off as a psychologist. Even after promising to desist, she’s found a loophole and has continued her online career, aiming to amass clicks and ads by cyber-coaching and cyber-counseling people plagued with relationship issues.

But upon closer examination, Alex and Milo discover that her own relationships are troublesome, including a tortured family history and a dubious personal past. Has that come back to haunt her in the worst way? Is the mystery man out in the street collateral damage or will he turn out to be the key to solving a grisly double homicide? As the psychologist and the detective explore L.A.'s meanest streets, they peel back layer after layer of secrets and encounter a savage, psychologically twisted, almost unthinkable motive for violence and bloodshed.

This is classic Delaware: Alex, a man Milo has come to see as irreplaceable, at his most insightful and brilliant.

An excerpt from City of the Dead

Four fifty-­three in the morning was too early for anything. Alfie had said so to Donny back when it was four eighteen and they were still on the freeway. But at least they’d be early, maybe catch a nap before unloading.

Donny, as usual, had smiled and said nothing. Which was fine with Alfie. If you had to be sharing the cab on a long haul with someone, a guy who didn’t talk much was a good deal.

They’d spent the last five days together, hauling a big house full of stuff from Pepper Pike, Ohio, to La Jolla, California. Rich doctor moving stuff from one dream palace to another.

In La Jolla, the guy was waiting for them, smiling and waving like they were old friends. Big beach house, looked like a bunch of ice cubes stuck together. Blue spots of ocean at the end of the property and a whole bunch of bright-­green palms.

But a lot of steps.

“Doctor,” said Alfie, because he’d read the papers the company gave him and knew the rules. Someone has a title, you use it. Even if they’re pretending to be regular folk.

“Aw,” said James. “Okay, if you insist on formality, call me Teach.”

Alfie stared at him. Dude looked more like a . . . Alfie didn’t know what. Long gray hair and beard, string of beads around his neck, these stupid little glasses with red frames.

But not a hippie or a homeless. Not with the goochy-­poochy clothes. Alligator shoes. And a beach house, for God’s sake. Almost as big as the humongous place in Ohio they’d moved the stuff from, that one looked like the White House, a maid in a uniform standing around while they worked, suspicious, nasty eyes.

Loading took a full day. The same would go for moving it into this place.

“Ah,” said Alfie. Donny hung back, pretending not to hear.

“Wow,” said Alfie, hoping that would cut it short so he could put on his weight belt, scope out the job, and start.

Alfie knew what that meant because his mom had developed a herpes and couple of years ago, he took her to a virologist.

Plus, you could figure it out: virus/virology.

When Alfie didn’t say anything, James said, “I specialize in viruses.”

I specialize in killing my back to move your shit and your steps aren’t going to help.

Dude annoyed him. Why not mess with him?

Alfie made his face innocent. “You do computer cleanup?”

James’s lips tightened. So did the rest of his facial muscles, sending little ripples through his beard.

“No, I’m a physician. Infectious diseases and such.”

And such. Who says that?

Alfie said, “Wow,” with no wow in his voice.

The three of them stood there, then James the Virologist finally regained his smiley attitude and made a big show of running up the stairs.

Reaching the stop, he grinned and stretched. “Glorious day! You guys want something to drink?”

They’d been driving for a day more than planned due to a brakes thing in Tulsa where they had to spend the night in a motel full of gnats and with what sounded like tweaker lowlifes next door not sleeping and the smell of gasoline everywhere.

Shit trip to California and now they were going to be lifting and hauling and uncrating and moving stuff around all day because people always changed their minds about furniture.

Alfie and Donny trudged up the stairs.

When they got inside the house, music was playing loud, piped in through unseen speakers.

James said, “That okay? The song?”

The job took longer than they figured because James’s wife, a scarecrow blonde with a mouth as tight as a drawstring purse and some kind of accent, insisted on inspecting every single crystal and porcelain thingie and when you do that you find something and sure enough, there were two broken plates and that meant tears, dirty looks, and paperwork.

Combine how much stuff there was, the house being on three levels, plus their mandated lunch and dinner breaks and they didn’t finish until six p.m. Meaning they had to spend the night before taking the last haul—­a smaller bunch they were taking to another professor in the Westwood neighborhood of L.A. Professors all over the place; company had some kind of deal with Case Western.

GPS said Westwood was a hundred and thirty miles north, meaning at least two and a half hours if they were lucky, a lot more if they weren’t, L.A. traffic sucked.

They found a motel better than the one in Tulsa in Anaheim, near Disneyland. Better but not good. One bit of luck: separate rooms so Alfie didn’t have to listen to Donny snore. Guy should lose weight, that gut out to here had to mess up his breathing.

But Donny was strong. Stronger than Alfie who was ten years older and not a big guy but even so, stronger than he looked.

Now he hurt all the time.

When they got to Anaheim, they both were exhausted, had a couple burgers, conked out at eight, slept lousy, and were up at two forty-­five with coffee and bearclaws from a twenty-­four-­hour Dee-Lite Donuts across from the motel, you could smell the sugar and fat.

“This early, maybe we can cruise on the freeway. Better we wait there than sit in crap.”

Good strategy, rumbling along in the dark, the freeway really feeling free.

Alfie said, “Guy was an asshole, no?”

“Dire Straits? ‘Money for Nothing’?”

“A great song,” said Alfie, “that’s not the point. He played it for us. Set it up for when we came in. Then he winked, dude.”

Donny thought about that. “So?”

“Use your noggin. What’s the song about?”

“Never listened to the words.”

“Oh man,” said Alfie. “Okay, here’s the deal: It’s about guys like us moving stuff into a rich guy’s place while they’re talking smack about him. Not a virus doctor, a rock star. The guys who’re supposed to be like us—­did you ever see the video?”

Alfie made a stupid face even though Donny was driving and not looking at him. “They’re basically ape-­men talking trash about a rock star with big talent. Probably the guy who wrote the song and plays the guitar . . . Mark . . . whatever. We’re talking hugely talented.”

“Exactly, dude’s a genius, he deserves all his stuff. But the moving guys are stupid caveman monkeys too stupid to get that. That’s what Virus-­boy was communicating to us: I deserve all this but you don’t think I do ’cause you’re stupid. Assuming on us. Except we do get it, we’re not stupid. He didn’t give us credit for being human beings who get stuff.”

“You still don’t get it?” said Alfie, hearing his GPS beep—­“turn right the next block . . . yeah, here . . . man, it’s narrow. And dark. Good thing no one’s out except maybe a squirrel, you squish a squirrel no one’s going to care, they’re like rats with better tails . . . you really don’t get it?”

“The song. What the asshole was communicating.”

Then he hit something. 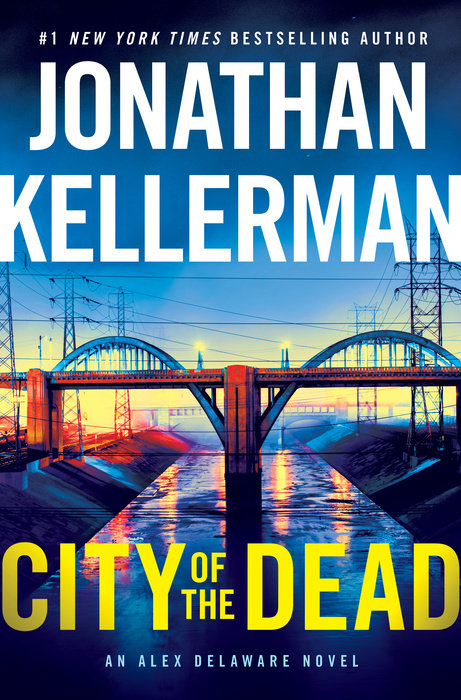