In her most revealing and powerful memoir yet, the activist, speaker, bestselling author, and “patron saint of female empowerment” (People) explores the joy and peace we discover when we stop striving to meet others’ expectations and start trusting the voice deep within us.

NAMED ONE OF THE BEST BOOKS OF THE YEAR BY O: The Oprah Magazine • The Washington Post • Cosmopolitan • Marie Claire • Bloomberg • Parade • “Untamed will liberate women—emotionally, spiritually, and physically. It is phenomenal.”—Elizabeth Gilbert, author of City of Girls and Eat Pray Love

This is how you find yourself.

There is a voice of longing inside each woman. We strive so mightily to be good: good partners, daughters, mothers, employees, and friends. We hope all this striving will make us feel alive. Instead, it leaves us feeling weary, stuck, overwhelmed, and underwhelmed. We look at our lives and wonder: Wasn’t it all supposed to be more beautiful than this? We quickly silence that question, telling ourselves to be grateful, hiding our discontent—even from ourselves.

For many years, Glennon Doyle denied her own discontent. Then, while speaking at a conference, she looked at a woman across the room and fell instantly in love. Three words flooded her mind: There She Is. At first, Glennon assumed these words came to her from on high. But she soon realized they had come to her from within. This was her own voice—the one she had buried beneath decades of numbing addictions, cultural conditioning, and institutional allegiances. This was the voice of the girl she had been before the world told her who to be. Glennon decided to quit abandoning herself and to instead abandon the world’s expectations of her. She quit being good so she could be free. She quit pleasing and started living.

Soulful and uproarious, forceful and tender, Untamed is both an intimate memoir and a galvanizing wake-up call. It is the story of how one woman learned that a responsible mother is not one who slowly dies for her children, but one who shows them how to fully live. It is the story of navigating divorce, forming a new blended family, and discovering that the brokenness or wholeness of a family depends not on its structure but on each member’s ability to bring her full self to the table. And it is the story of how each of us can begin to trust ourselves enough to set boundaries, make peace with our bodies, honor our anger and heartbreak, and unleash our truest, wildest instincts so that we become women who can finally look at ourselves and say: There She Is.

Untamed shows us how to be brave. As Glennon insists: The braver we are, the luckier we get.

An excerpt from Untamed

Four years ago, married to the father of my three children, I fell in love with a woman.

Much later, I watched that woman drive away from my home to meet with my parents and share her plan to propose to me. She thought I didn’t know what was happening that Sunday morning, but I knew.

When I heard her car return, I settled into the couch, opened a book, and tried to slow my pulse. She walked through the door and directly toward me, bent down, kissed my forehead. She pushed my hair aside and took a deep breath of my neck, like she always does. Then she stood up and disappeared into the bedroom. I walked to the kitchen to pour some coffee for her, and when I turned around, she was right there in front of me, down on one knee, holding a ring. Her eyes were certain and pleading, wide and laser focused, sky blue, bottomless.

“I couldn’t wait,” she said. “I just could not wait another minute.”

Later, in bed, I laid my head on her chest while we talked about her morning. She’d told my parents, “I love your daughter and grandchildren like I’ve never loved before. I’ve spent my entire life searching and preparing myself for them. I promise you that I will love and protect them forever.” My mother’s lip quivered with fear and courage as she said, “Abby. I have not seen my daughter this alive since she was ten years old.”

Much else was said that morning, but that first response from my mother jumped out at me like a sentence in a novel begging to be underlined:

I have not seen my daughter this alive since she was ten years old.

My mother watched the spark in my eyes fade during my tenth year on Earth. Now, thirty years later, she was witnessing the return of that spark. In the past few months, my entire posture had changed. I looked regal to her. And a little scary.

After that day, I began to ask myself: Where did my spark go at ten? How had I lost myself?

I’ve done my research and learned this: Ten is when we learn how to be good girls and boys. Ten is when children begin to let go of who they are in order to become what the world expects them to be. Ten is when our formal taming begins.

Ten is when the world sat me down, told me to be quiet, and pointed toward my cages:

These are the feelings you may express.

This is the version of womanhood you will mimic.

This is the body you must strive for.

These are the things you will believe.

These are the people you may love.

Those are the people you will fear.

This is the kind of life you will want.

Make yourself fit. You’ll be uncomfortable at first, but don’t worry—eventually you’ll forget you’re caged. Soon this will just feel like: life.

I wanted to be a good girl, so I tried to control myself. I chose a personality, a body, a faith, and a sexuality so tiny I had to hold my breath to fit myself inside. Then I promptly became very sick.

When I became a good girl, I also became a bulimic. None of us can hold our breath all the time. Bulimia was where I exhaled. It was where I refused to comply, indulged my hunger, and expressed my fury. I became animalistic during my daily binges. Then I’d drape myself over the toilet and purge because a good girl must stay very small to fit inside her cages. She must leave no outward evidence of her hunger. Good girls aren’t hungry, furious, or wild. All of the things that make a woman human are a good girl’s dirty secret.

Back then, I suspected that my bulimia meant that I was crazy. In high school, did a stint in a mental hospital and my suspicion was confirmed.

I understand myself differently now.

I was just a caged girl made for wide-open skies.

I wasn’t crazy. I was a goddamn cheetah.

When I saw Abby, I remembered my wild. I wanted her, and it was the first time I wanted something beyond what I had been trained to want. I loved her, and it was the first time I loved someone beyond those I had been expected to love. Creating a life with her was the first original idea I’d ever had and the first decision I made as a free woman. After thirty years of contorting myself to fit inside someone else’s idea of love, I finally had a love that fit—custom made for me, by me. I’d finally asked myself what I wanted instead of what the world wanted from me. I felt alive. I’d tasted freedom, and I wanted more.

I looked hard at my faith, my friendships, my work, my sexuality, my entire life and asked: How much of this was my idea? Do I truly want any of this, or is this what I was conditioned to want? Which of my beliefs are of my own creation and which were programmed into me? How much of who I’ve become is inherent, and how much was just inherited? How much of the way I look and speak and behave is just how other people have trained me to look and speak and behave? How much of what I’ve spent my life chasing are just dirty pink bunnies? Who was I before I became who the world told me to be?

Over time, I walked away from my cages. I slowly built a new marriage, a new faith, a new worldview, a new purpose, a new family, and a new identity by design instead of default. From my imagination instead of my indoctrination. From my wild instead of from my training.

What follows are stories about how I got caged—and how I got free.

I am ten years old, and I’m sitting in a small room in the back of Nativity Catholic Church with twenty other kids. I am at CCD, where my parents send me on Wednesday nights to learn about God. Our CCD teacher is my classmate’s mom. I do not remember her name, but I do remember that she keeps telling us that she is an accountant during the day. Her family needed service hours, so she volunteered to work in the gift shop. Instead, the church assigned her to room 423, fifth-grade CCD. So now—on Wednesdays between 6:30 and 7:30 p.m.—she teaches children about God.

She asks us to sit on the carpet in front of her chair, because she is going to explain to us how God made people. I hurry to get a spot in front. I am very curious about how and why I was made. I notice that our teacher does not have a Bible or any other books in her lap. She is going to speak from memory. I am impressed.

“God made Adam and put him in a beautiful garden. Adam was God’s favorite creation, so He told Adam that his only jobs were to be happy, rule over the garden, and name the animals. Adam’s life was almost perfect. Except that he got lonely and stressed. He wanted some company and help naming the animals. So he told God that he wanted a companion and a helper. One night, God helped Adam give birth to Eve. From inside Adam’s body, a woman was born. That is why she is called woman. Because women came from the womb of man. Womb—man.”

I am so amazed that I forget to raise my hand.

I raise my hand. She motions for me to put it back down. The boy sitting to my left rolls his eyes at me.

Our teacher goes on.

“Adam and Eve were happy, and everything stayed perfect for a while.

“But then God said there was one tree they couldn’t eat from: the Tree of Knowledge. Even though it was the only thing in the entire garden that Eve wasn’t allowed to want, she wanted an apple from that tree anyway. So one day, she got hungry, picked the apple off the tree, and took a bite. Then she tricked Adam into taking a bite, too. As soon as Adam bit into the apple, Eve and Adam felt shame for the first time and tried to hide from God. But God sees everything, so God knew. God banished Adam and Eve from the beautiful garden. Then He cursed them and their future children, and for the first time, suffering existed on the earth. This is why we still suffer today, because Eve’s original sin is inside of all of us. That sin is wanting to know more than we are supposed to know, wanting more instead of being grateful for what we have, and doing what we want to do instead of what we should do.”

That was some careful accounting. I had no further questions. 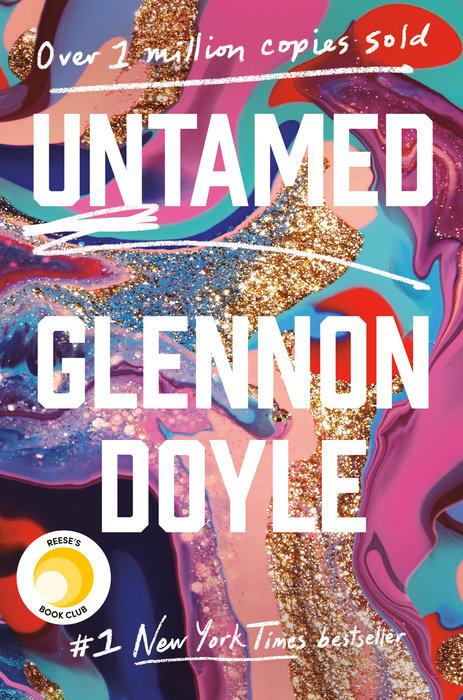