Fifteen years have passed since the end of the war with demons, creatures of darkness who have hunted the night and plagued humanity since time out of mind. The heroes of humanity’s hour of need have become legend, and those who remain struggle to escape their shadows.

Olive Paper and Darin Bales have grown up in this new peaceful world. Demons have been all but destroyed, but dangers still lurk for the children of heroes.

Olive, Princess of Hollow, has her entire life planned out by her mother, Duchess Leesha Paper: a steady march on a checklist to prepare her for succession. The more her mother writes the script, the more Olive rails against playing the parts she is assigned.

Darin faces challenges of a different kind. Though free to choose his own path, the weight of legacy hangs heavy around his shoulders. It isn’t easy being the son of the man people say saved the world. Everyone expects greatness from Darin, but the only thing he’s ever been great at is hiding.

But when Olive and Darin step across the wards one night, they learn the demons are not all gone, and those that remain hunger for revenge. Events are set in motion that only prophecy can foresee as Olive and Darin seek to find their own places in the world in time to save it again.

An excerpt from The Desert Prince

My head jerks as Micha pulls a lock taut while she sections and plaits my long black hair. I’m used to it. I can’t remember a time I wasn’t being yanked around to meet expectations.

“What’s the point of painting my face,” I grumble, “when I have to go dressed in a canvas tarp?”

Elona laughs. “There’s always time for the powder kit.” I know she means it. I’ve never seen Grandmum looking anything less than perfectly put together. She finishes my eyes and gets to work on my lashes. “You’re princess of Hollow. Might have to put on the same potato sack as the other apprentices, but those girls look up to you. Can’t settle for being anything less than the prettiest one in the room.”

“Mistress Darsy is going to give a test today in Herb Lore,” I say. “I need time to compare notes with Selen.”

“Tsst!” Micha hisses her disapproval. “You should have thought of that last night, sister.”

Micha and I share a father, Ahmann Jardir, who sits atop the throne of Krasia, the vast and powerful empire to the south. Thesa and Krasia were at war before I was born. Some folk say they would be still, if not for me. Mother says that’s nonsense, but not so much that she’ll let me visit Father’s court. Most of what I know about my people I learned from Micha and my instructors in school.

Micha was raised in Krasia, evidenced by the modest black robes covering everything save her hands and face. She, too, has powdered her cheeks and painted her lips, though the only ones who will see it are the people in this room and Micha’s wife, Kendall. Micha is beautiful by anyone’s standards, but when she leaves the privacy of my chambers, she will drape a white marriage veil over the lower half of her face.

With more than thirty summers, Micha is twice my age, and has always been more nanny than sister. The duchess always makes time if I want to see her, but her attendants and counselors hover, and I’m left feeling like I’m holding up some urgent decision. Micha is the one who does my hair, scrubs my back, and escorts me everywhere. I love her and she loves me, but I am still a child to her, and her rules can be smothering.

“That good-for-nothing daughter of mine ent gonna be much help with your test, anyway,” Grandmum says. “Selen’s as bright as she is pretty, and that ent a lot. Besides, you’re the duchess’ daughter. Who cares about some herb gathering test?”

Grandmum chuckles. “Ay, that sounds like my Leesha. Still think you should be more worried about the practice ring than Herb Lore. Only just stopped powdering that bruise on your cheek.”

“Selen threw a lucky punch.” It’s the truth, if not the whole truth. Selen throws a lot of lucky punches. She’s Captain Wonda’s prized student. “It was gone overnight.”

“Still had a shadow in the morning.” Grandmum isn’t one to give in, even when she’s wrong. “And that ent the point. Got guards everywhere. What do you need to be scrapping in the yard for?”

“Sharusahk is more fun than Herb Lore,” I say. “At least I’m good at fighting.”

“Known a lot of folks that were good at fighting over the years,” Grandmum says. “Funny how few of them are still around to keep the rest of us company.”

“A princess is always a target for her family’s enemies,” Micha cuts in. “Someday the guards may not be with her, and Olive will be glad to know how to defend herself.”

I resist the urge to roll my eyes. What does Nanny Micha know of fighting? I’ve never seen her so much as step on a bug. She doesn’t even eat meat. “You’re a princess, too. Why don’t you have to fight?”

“The Kaji tribe has many princesses,” Micha says. “If something happens to me, there are dozens to take my place. Hollow has only you to succeed your mother.”

There is no sadness in her tone—she could be talking about the weather. Still, the words settle heavy on my shoulders. Micha’s mother was low in the pecking order of Father’s many wives. Micha wasn’t much older than me when she was sent from the famed summer palaces of Krasia to live in cold, rainy Thesa among people once her enemy, playing nursemaid to her littlest sister.

Does she resent her exile? I certainly would, but Micha has never so much as hinted dissatisfaction with her life. She’s happier in Hollow than I am.

“And here.” Elona gives a last swipe of red to my lips. “Pucker.”

I press my lips together, evening the color as I look in the mirror. For all my talk of hurry, I can’t help but smile at Grandmum’s handiwork. I’m a fair hand with the brush, but Elona—famously averse to work—is an artist with the powder kit. I have my father’s olive skin, uncommon this far north, but she’s matched it perfectly, smoothing my skin and adding natural-looking accents to my high cheeks and sharp jaw.

Blue eyes are a rarity in Krasia, but they’re not unheard of. Someone in Father’s family must have had them, because mine are the same sky blue as Elona’s. They contrast with my dark complexion, but she’s framed them with shadows and thickened the lashes, making the flash of color explode.

Micha’s plaits form a perfect crown around my head, weaving together into a long braid in back. Elegant enough to suit even the duchess, yet secure for the practice yard.

“You’ve got a weaver’s touch with hair, girl.” Elona reaches to tug at my sister’s scarf. “Yet you keep your own wrapped up like a washerwoman.”

Micha doesn’t like anyone touching her headscarf, but she says nothing, simply drawing back out of reach. Sometimes I think I’m the only person in the world not terrified of Grandmum Elona. “You know why.”

She does, but it makes no difference. Grandmum is never so alive as when she’s talking about something that makes everyone uncomfortable.

“Ay,” Elona snorts, “it’s unseemly to tempt men with something they can’t have. Like that ent the whole point! Can’t wrap men around your finger without putting their heads in a spin.”

“I need no men on my finger,” Micha says.

“Nor anywhere else.” Elona laughs. “How is Kendall?”

Nanny Micha is usually so outspoken, but she gets shy when anyone mentions her wife. Kendall Demonsong is Mother’s royal herald. Kendall is boisterous and charming, clad in vibrantly colored motley, often with cuts modest Micha must find scandalous, but the two of them are more in love than anyone I know.

Micha drops her eyes. “My jiwah,” she uses the Krasian word for wife, “is well, thank you.”

She holds a coarse blue Gatherer’s apprentice dress for me to step into. The fabric is dark and absent of design, woven more for warmth and stain resistance than comfort.

The cloth scratches at my skin, and I hate it, and everything it represents. This isn’t who I am. Night, sometimes even I don’t know who I am, but I know I’m not this.

I slip into sensible brown canvas shoes, comfortable and forgettable, whether in garden soil or university halls.

I know every cobbler in Hollow by name, and have an entire room full of shoes. Boots and sandals, heels and flats. A shoe for every outfit and occasion, made from polished leather, fine silk, or snakeskin.

But most days, I have to wear canvas, because that’s what Mother wore as an apprentice, thirty summers ago.

“Eyes shut.” Grandmum sprays a cloud of perfume and I walk through it as she taught me. “Don’t want folk spinning tales about how the princess of Hollow smells after sharusahk practice.”

“Nonsense,” I say. “I sweat roses and cinnamon.”

Grandmum cackles, smoothing the coarse shoulders of the dress. “Even in a potato sack, you’re still the prettiest girl in Hollow, like your mum before you.” She winks. “Like your grandmum, back in her day.”

“You’re still first,” I say, only partly in jest. Grandmum is on the shady side of sixty, but her hair is still black as night, a perfect contrast with her smooth, pale skin. She has powder and dye and low necklines working for her, but so does every other woman at court. Even the younger ones don’t draw attention like Elona Paper.

“Charming as a Jongleur.” Elona takes my arms and leans in, kissing the air beside my cheeks so as not to muss the powder on my face. Grandmum fights with every other woman she meets, but for some reason I’ve always kept on her good side, and I’m happy for it.

I snatch my books and hurry from my chambers, Elona and Micha trailing behind. 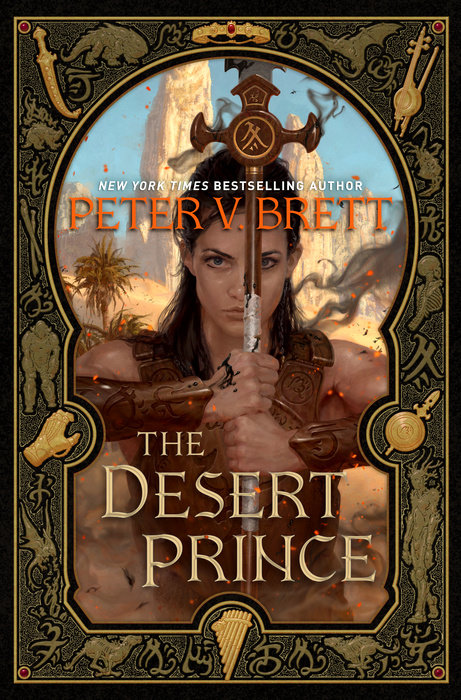