A young woman searches for the truth about her father—and the secrets of her family—in this “big-hearted debut that absolutely crackles with smarts” (Emma Straub).

Two years out of college, Ellie Adler has a job in journalism, an older lover, and a circle of smart friends. Her beloved father, James, who has children from three marriages, unites the family with his gentle humor and charisma, but Ellie has always believed she is her father's favorite. When he suddenly dies, she finds herself devastated by the unexpected loss. Then, at the reading of his will, she learns that instead of leaving her his prized possession—a baseball that holds emotional resonance for them both—he has left her a seemingly ridiculous, even insulting gift. Worse, he’s given the baseball to someone no one in the family has ever heard of.

In her grief, Ellie wonders who could have possibly meant more to her father than she did. Setting out to track this person down, she learns startling information about who her father really was and who she herself is becoming. Moving, witty, and unforgettable, The Catch is a story of the gifts we’re given over the course of a lifetime, by family, friends, and strangers—the ones we want and the ones that catch us unawares.

An excerpt from The Catch

My father, a minor poet, celebrated holidays out of season. He couldn’t get custody of all four of his children at once, so he moved the fall, spring, and winter holidays to the heat of summer. A man who had fathered four kids with three different women was unusual in our Maryland town. Neighbors gossiped and strangers commented. My father struggled financially, and I suppose he could have resented the way we tethered him, but he didn’t. Over and over, he brought us into his world.

The first holiday I remember was Summer Christmas. I was six, shy and compliant. Our neighbors swam in the Chesapeake and grilled hot dogs; we sat inside and heaped a fake fir tree with tinsel and chains of cranberries. We knew Christmas in summer was odd, but we didn’t care. In fact, we liked it. Or at least I did. Getting to celebrate with my father in the wrong season was far superior to not celebrating with him at all. He was the kind of parent you wanted to be with, and on a holiday he took such pleasure in the details. Once, he lifted one of my baby half-­sisters up to press a snowman cookie cutter into a roll of dough, and in that moment, when her shirt rose and her arm stretched out, and everyone was oven-­hot and overexcited, I thought that if I ever had children, I would scramble up the holidays too, not because I would need to, but just because I could.

Dad’s second wife, Barbara, the woman he married after he divorced my mother, would go upstairs after dinner to give my two half-­sisters a bath and put them to bed. She was like the head nun at a nunnery, a grim tactician, her hair always in a bun, and she absented herself from me as much as possible. Because I was the oldest and she wasn’t my mother, and because my real mother was then far away in Philadelphia, I was allowed to stay up late with Dad. I sat by his knee and listened to him strum his guitar and sing “Jimmy Crack Corn,” which I later learned was racist.

Easter came in summer too, in July. Dad bought PAAS dye kits from Walmart and we dropped colored tablets into plastic cups, adding vinegar and watching the dye swirl through the water. He was so enthusiastic about the whole thing, as if he were a scientist trying to get his children interested in his chosen field. There were a few happy years of Easter-­egg hunts, our cheeks fat with chocolate, Barbara wiping my sisters’ mouths with wet napkins, until the year of Dad and Barbara’s divorce, when he lost patience with the flimsy egg holder and dunked his egg directly into the cup, staining his fingers iridescent purple. My half-­sisters, then four and five, paced our father’s new place, sniffling and listing all the things they missed about their mom’s house, the stuffed animals that hadn’t made the half-­hour trip to visit Dad and a favorite bedtime book called Randy the Hippopotamus. I didn’t miss Barbara at all. I thought of her alone in the bathroom I would never see again, removing pins from her bun, drawing herself a bath, and letting the water out at 7:45 p.m. exactly. Dad and I let my sisters splash in his new tub as long as they wanted, until their skin was mushroomy and they’d finished soaping all their Easter rabbit figurines. After they were tucked in bed, exhausted and pink, their eyelids fluttering because of chocolate or dreams, Dad put his purple fingers on my shoulder and said, “You bring out the best in me, Ellie.”

The first time I met Colette, who would become wife number three, was a few years later, at Summer New Year’s. We all wore oversized blue-­glitter sunglasses, and we painted signs that read, so long 1999! Dad made razzleberry fring frongs—­juice and ginger ale with a raspberry floating on top. I am certain he named them. The grown-­ups’ fring frongs were topped with gin. If Colette was nonplussed that we were ringing in the millennium four months earlier than everyone else, she hid it well. When you were married to my father, or when you were one of his children, you got with the program, because that was what everyone else did. And the program was always exciting, so you never really minded. Colette, though, did she mind? She must have known what he was like. The word boyish was frequently in play, and it was an appealing description, because how many women had married older divorced men, only to find themselves soon taking care of them in ways they had never anticipated? But a boyish man, a perpetual boy, would last a long time. He could grow older with the beautiful girlish woman he loved. And together they would have a family, and together they would have a life.

Colette—­did she think about any of this? I remember how she spread newspapers on the kitchen table and made Popsicle-­stick picture frames with my half-­sisters, the family she had inherited. She asked with genuine interest whether I had a crush on anyone at school, and I told her about Ronny Devine. I tried to hate her for encroaching on my territory as Dad’s closest confidante, but mostly I didn’t take her seriously. She had slim Irish looks and dark wavy hair; she knew which plants to mash into pastes and boil into tea, but she didn’t read books and never knew where her keys were. She was like a medieval village herbalist. I didn’t think she would be around long. This was before Dad and Colette had Van, before it was revealed that Van was deaf, before they were bound together not just by their child but by Van’s particular needs.

That first Summer New Year’s with Colette, after the five of us clinked our razzleberry fring frongs and thought about the enormity of a millennium, Dad put on Van Morrison’s “Brown Eyed Girl” and pointed the speakers out the window. We danced out the back door and into the night, following Dad’s lead, sliding over the dark grass. “Happy New Year!” we cried, and Dad kissed Colette, and my half-­sisters jumped up and down, and crickets sang long after the music ended, and under the full moon we all seemed to glow.

Our final holiday out of season was Summer Thanksgiving in 2012. I had finished college by then and moved to Washington, D.C., to take an entry-­level journalism job at a news website called Apogee. It was a fast-­paced, hard-­drinking kind of job, and keeping up required long hours at the office and socializing with other young journalists at happy hours and brunches on weekends, all of which I could barely afford. Obama was in the White House. It felt inevitable that we—­the youthful, educated, diverse residents of D.C.—­would inherit the halls of power. All we had to do was work and wait.

I hadn’t been home to my father’s house in Maryland in months when I asked my boss, Jane Ostrawicz-­Jones, for time off for Summer Thanksgiving. “Summer Thanksgiving?” She’d arched an eyebrow that was already too pointy, since she drew them on as upside-­down V’s. From the moment I’d met her at the job interview, where she was terse and cryptic, I’d thought of her as angular in all ways, and I’d even imagined her house as being filled with furniture with sharp edges that could cause small injuries if you weren’t careful.

“Be on your phone,” Jane answered.

When I got off the train with my overnight bag, the air was stewy with moisture. The train to Maryland had seemed a lot larger the summer I was nine, the first time I traveled alone from my mother’s house to my father’s, but Dad had been waiting for me by the track every visit since then. I was currently twenty-­four and paying down the interest on my student loans; I had a good job, for which a scarily sexual-­sounding holding company called Fantasia XSP deposited money into my checking account in two-­week intervals; I owned a vacuum cleaner. I was the most adult I’d ever been, but, then again, I’d been playing an adult even when I was nine, holding myself stiff with maturity, coaxing my father to talk about marriage, money, and responsibility.

“Hey, you,” he said on the platform. “Good trip?” I had barely answered before he said, “Colette is making a million dishes. I didn’t even know our kitchen cabinets held so many medium-­sized casseroles.”

“Live and learn,” I said. I always felt as if I had to respond or he would be disappointed. We had somehow, during my upbringing, developed a banter that was, if not witty, definitely our own.

“Then we’ll get cozy and decorate the tree later,” he said.

“Who knows when we can lure you away from Washington again?” He put his nose in my hair and snuffled. “You even smell like that city.”

My father stepped back to look at me. “Like power and pleasure,” he said, hands on my shoulders. His voice sounded funny.

Alison Fairbrother is an associate editor at Riverhead Books. She worked as a journalist in Washington, D.C., before getting her MFA at Stony Brook University. She lives in Brooklyn. 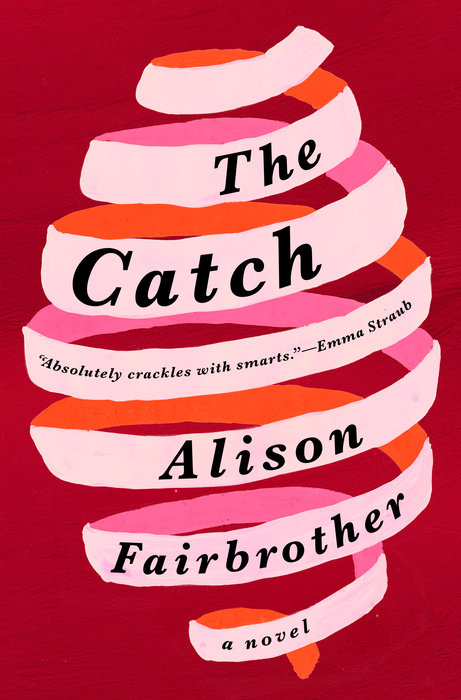