A Novel in Verse

The sweeping, unforgettable story of an interracial couple in 1990s New York City who are determined to protect their love against all odds—a reimagining of Romeo and Juliet

Hannah, a Korean American girl from Queens, New York, and Angel, a Puerto Rican boy from Brooklyn, fall in love in the spring of 1993 at a quinceañera:

his eyes. Darkluminous. Warm. A blush
floods her. Hannah sucks in her breath, but
can’t pull back. Music fades. A hush ~
he’s a young buck in the underbrush,

still in a disco ball dance of shadow & light

Their forbidden love instantly and wildly blooms along the Jackie Robinson Expressway.

Told across the changing seasons, Angel & Hannah holds all of the tension and cadence of blank verse while adding dynamic and expressive language rooted in a long tradition of hip-hop and spoken word, creating new and magnetic forms. The poetry of Angel and Hannah’s relationship is dynamic, arresting, observant, and magical, conveying the intimacies and sacrifices of love and family and the devastating realities of struggle and loss.

An excerpt from Angel & Hannah

Psst. Ven acá. Illuwah.
Let me whisper you a story.

Way back in the spring of 1993,
Hannah met Angel in the heart of Jamaica, Queens.

They were crossing Union Turnpike in da blue of the night
when they caught eyes. Froze like winter headlights.

It was shock at first sight, loud as lightning, da charge
between them nearly stopped traffic

as the city slipped away like a raw silk dress
~stood two wingless angels, a lovely mess

but desde el primero, Love was put to the test
Hannah kept Angel hidden from her strict parents,

nestled in his twin bed, imagined them a rebel
Romeo & Juliet

(the book slept dog-­eared in her JanSport as she cradled
his head, & dreamt a wild new life: star-­crossed, star-­blessed).

By second grade, Hannah learns how to please.
Sits first row, hand raised like a timid daisy.
96% on math, 100% on spelling.
Ms. Olive wants her to skip a grade.
Perfect, except when she turns mute,
when her eyelids droop like deadweights.
No one knows her father robbed her sleep,
kicking her mother at night. How she stood between,
a boxing referee, sobbing, Hajimah! Stop it.
Please . . . voice crumbling like chalk.

In second grade, Angel’s a small, inept soldier,
shoved daily by Alex, one head taller, one year older,
who calls him Red-­bone, Spic, Rice n’ Beans.
Cokebottle glasses enlarge Angel’s eyes as he finger-­traces
words in Lassie. Bark becomes dark.
Consonants loom like pines.
He’s sunless, compassless
in the last row’s backwoods. No one
searches for him. Mr. Heller, lost in crosswords,
sips coffee. Snaps, will ya shut up please?
All of you—­heads down! Keep reading.
Under his desk, Angel breaks a pencil . . .
a quiet pressure of thumbs —­ crackk! —­
Mr. Heller’s head shoots up, a startled buck —­
Who did that? Silence. Alex’s spitball
grazes Angel’s ear, a white bullet.

The neighborhood whizzes past her. Hannah flees.
Rides her ten-­speed to the bay, air tinged
with gull-­squawks and salt-­wind.
A tongue of rock laps into water. She
walks barefoot over crevices, stinkweed,
a stone with Tony & Gina forever inked
in Wite-­Out. A rat clinks past a Heineken.
She stares out to where the sky bleeds
blue into water, to the very edge
of herself. She wishes herself there. Past
the low slurp and suck of ebb & tide,
past Apa’s backhanded slap,
fist choked with Uma’s hair, where a crescent
moon thins like a daughter pedaling into air.

Hannah lies on a bed of books at night.
She enters them, portals to escape
the sad, repressed air of her parents,

she flies on a magic carpet of words
out the window over wild, lush gardens,
to fat gold pear trees. Leaps off fire escapes,
to moonscapes where a stallion huffs

and paws at the broken silver beneath
her hooves, she feels their ghost snorts
on her neck as she nuzzles them,
the stallion crunches fat green apples, words

like duende, hearth, tribe, flute her ears . . .
thin book ~ spines press against her spine,
and shadowy pages billow with her breath.

Angel goes to Aviation High School,
cuz even though he rarely leaves his hood,
he dreams of soaring sky high, a cool

legend in control of flight ~ he can
taste the sweet wind, when he makes a fleet of paper planes
in class, but Mr. Heller misunderstands

his daydreams for disrespect, claims
Angel aimed the paper missiles to hit his balding head.
Suspended for three days. Teachers are all the same,

he thinks, while rolling up a Philly blunt.
He’ll get his high another way now, blowing
O’s of gray smoke out his kitchen window for fun.

Inside, he feels a small despair growing,
but keeps his guard up, no hurt showing.

Ishle Yi Park is the first woman to become poet laureate of Queens, New York. An award-winning poet, singer, hula dancer, surfer, certified yoga teacher, lomilomi practitioner, and mother, she’s traveled the world reading and performing at universities and writing festivals. Park has organized benefits and shared the stage with other activists, including Sonia Sanchez and Angela Davis. She is of Korean ancestry, and both her daughters were born and are now being raised on the Hawai’ian islands.

A Novel in Verse 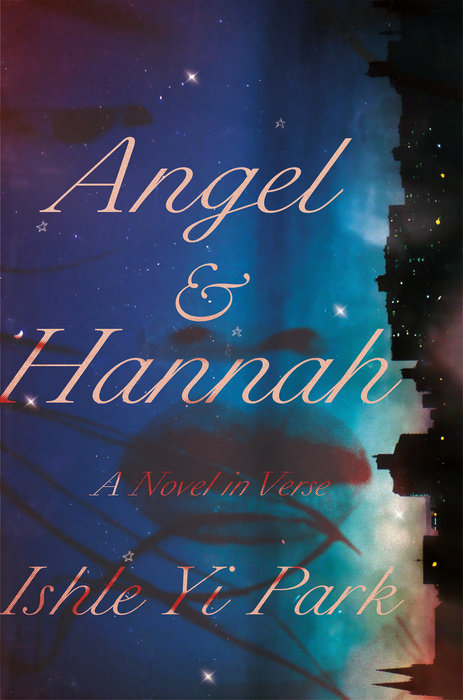