The Pulitzer Prize–winning, bestselling author of The Warmth of Other Suns examines the unspoken caste system that has shaped America and shows how our lives today are still defined by a hierarchy of human divisions.

“As we go about our daily lives, caste is the wordless usher in a darkened theater, flashlight cast down in the aisles, guiding us to our assigned seats for a performance. The hierarchy of caste is not about feelings or morality. It is about power—which groups have it and which do not.”

In this brilliant book, Isabel Wilkerson gives us a masterful portrait of an unseen phenomenon in America as she explores, through an immersive, deeply researched narrative and stories about real people, how America today and throughout its history has been shaped by a hidden caste system, a rigid hierarchy of human rankings.

Beyond race, class, or other factors, there is a powerful caste system that influences people’s lives and behavior and the nation’s fate. Linking the caste systems of America, India, and Nazi Germany, Wilkerson explores eight pillars that underlie caste systems across civilizations, including divine will, bloodlines, stigma, and more. Using riveting stories about people—including Martin Luther King, Jr., baseball’s Satchel Paige, a single father and his toddler son, Wilkerson herself, and many others—she shows the ways that the insidious undertow of caste is experienced every day. She documents how the Nazis studied the racial systems in America to plan their outcasting of the Jews; she discusses why the cruel logic of caste requires that there be a bottom rung for those in the middle to measure themselves against; she writes about the surprising health costs of caste, in depression and life expectancy, and the effects of this hierarchy on our culture and politics. Finally, she points forward to ways America can move beyond the artificial and destructive separations of human divisions, toward hope in our common humanity.

Beautifully written, original, and revealing, Caste: The Origins of Our Discontents is an eye-opening story of people and history, and a reexamination of what lies under the surface of ordinary lives and of American life today.

An Old House and an Infrared Light

The inspector trained his infrared lens onto a misshapen bow in the ceiling, an invisible beam of light searching the layers of lath to test what the eye could not see. This house had been built generations ago, and I had noticed the slightest welt in a corner of plaster in a spare bedroom and had chalked it up to idiosyncrasy. Over time, the welt in the ceiling became a wave that widened and bulged despite the new roof. It had been building beyond perception for years. An old house is its own kind of devotional, a dowager aunt with a story to be coaxed out of her, a mystery, a series of interlocking puzzles awaiting solution. Why is this soffit tucked into the southeast corner of an eave? What is behind this discolored patch of brick? With an old house, the work is never done, and you don’t expect it to be.

America is an old house. We can never declare the work over. Wind, flood, drought, and human upheavals batter a structure that is already fighting whatever flaws were left unattended in the original foundation. When you live in an old house, you may not want to go into the basement after a storm to see what the rains have wrought. Choose not to look, however, at your own peril. The owner of an old house knows that whatever you are ignoring will never go away. Whatever is lurking will fester whether you choose to look or not. Ignorance is no protection from the consequences of inaction. Whatever you are wishing away will gnaw at you until you gather the courage to face what you would rather not see.

We in the developed world are like homeowners who inherited a house on a piece of land that is beautiful on the outside, but whose soil is unstable loam and rock, heaving and contracting over generations, cracks patched but the deeper ruptures waved away for decades, centuries even. Many people may rightly say, “I had nothing to do with how this all started. I have nothing to do with the sins of the past. My ancestors never attacked indigenous people, never owned slaves.” And, yes. Not one of us was here when this house was built. Our immediate ancestors may have had nothing to do with it, but here we are, the current occupants of a property with stress cracks and bowed walls and fissures built into the foundation. We are the heirs to whatever is right or wrong with it. We did not erect the uneven pillars or joists, but they are ours to deal with now.

And any further deterioration is, in fact, on our hands.

Unaddressed, the ruptures and diagonal cracks will not fix themselves. The toxins will not go away but, rather, will spread, leach, and mutate, as they already have. When people live in an old house, they come to adjust to the idiosyncrasies and outright dangers skulking in an old structure. They put buckets under a wet ceiling, prop up groaning floors, learn to step over that rotting wood tread in the staircase. The awkward becomes acceptable, and the unacceptable becomes merely inconvenient. Live with it long enough, and the unthinkable becomes normal. Exposed over the generations, we learn to believe that the incomprehensible is the way that life is supposed to be.

The inspector was facing the mystery of the misshapen ceiling, and so he first held a sensor to the surface to detect if it was damp. The reading inconclusive, he then pulled out the infrared camera to take a kind of X-ray of whatever was going on, the idea being that you cannot fix a problem until and unless you can see it. He could now see past the plaster, beyond what had been wallpapered or painted over, as we now are called upon to do in the house we all live in, to examine a structure built long ago.

Like other old houses, America has an unseen skeleton, a caste system that is as central to its operation as are the studs and joists that we cannot see in the physical buildings we call home. Caste is the infrastructure of our divisions. It is the architecture of human hierarchy, the subconscious code of instructions for maintaining, in our case, a four-hundred-year-old social order. Looking at caste is like holding the country’s X-ray up to the light.

A caste system is an artificial construction, a fixed and embedded ranking of human value that sets the presumed supremacy of one group against the presumed inferiority of other groups on the basis of ancestry and often immutable traits, traits that would be neutral in the abstract but are ascribed life-and-death meaning in a hierarchy favoring the dominant caste whose forebears designed it. A caste system uses rigid, often arbitrary boundaries to keep the ranked groupings apart, distinct from one another and in their assigned places.

Throughout human history, three caste systems have stood out. The tragically accelerated, chilling, and officially vanquished caste system of Nazi Germany. The lingering, millennia-long caste system of India. And the shape-shifting, unspoken, race-based caste pyramid in the United States. Each version relied on stigmatizing those deemed inferior to justify the dehumanization necessary to keep the lowest-ranked people at the bottom and to rationalize the protocols of enforcement. A caste system endures because it is often justified as divine will, originating from sacred text or the presumed laws of nature, reinforced throughout the culture and passed down through the generations.

As we go about our daily lives, caste is the wordless usher in a darkened theater, flashlight cast down in the aisles, guiding us to our assigned seats for a performance. The hierarchy of caste is not about feelings or morality. It is about power—which groups have it and which do not. It is about resources—which caste is seen as worthy of them and which are not, who gets to acquire and control them and who does not. It is about respect, authority, and assumptions of competence—who is accorded these and who is not.

As a means of assigning value to entire swaths of humankind, caste guides each of us often beyond the reaches of our awareness. It embeds into our bones an unconscious ranking of human characteristics and sets forth the rules, expectations, and stereotypes that have been used to justify brutalities against entire groups within our species. In the American caste system, the signal of rank is what we call race, the division of humans on the basis of their appearance. In America, race is the primary tool and the visible decoy, the front man, for caste. 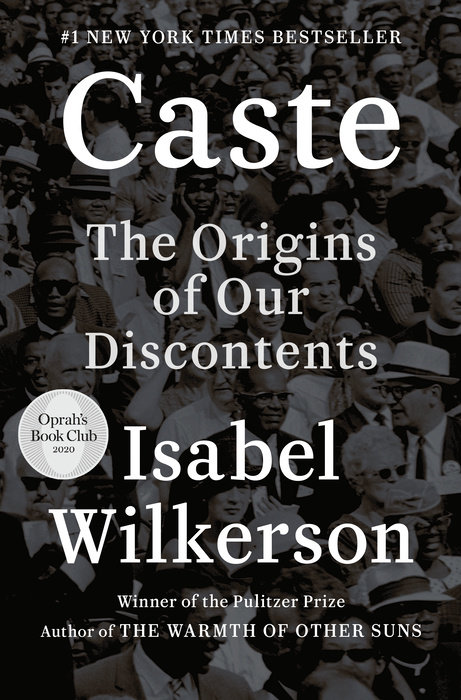