Discover the best in science fiction, fantasy, and horror with the 2020 Del Rey ebook sampler!

2020 is a year of new chapters. Max Brooks, who helped us survive a zombie pandemic, now searches for a more elusive threat: Bigfoot. Kevin Hearne, the author of The Iron Druid Chronicles, takes us back to that beloved world with a new spin-off series—and dreams up a different epic fantasy series with an entirely new mythology. Peter F. Hamilton masterfully builds a blazing space opera series. Silvia Moreno-Garcia, who dazzled us with her vision of 1920s Mexico and the Mayan underworld, reimagines the classic gothic suspense novel with the story of an isolated mansion in the 1950s Mexican countryside.

These eleven recent and upcoming works are full of action. A young space pilot tries to save his best friend—the heir to a galactic empire—from a ruthless rebellion. A girl whose interdimensional doppelgängers have died in 372 worlds discovers a secret that puts her life in jeopardy. A man whose daughter has newfound, terrifying powers must risk his life to save hers. The last human in the galaxy hides her identity while trying to discover the truth about humanity. A woman traveling through time finds a mysterious child with unimaginable power. A spell allows women to control their own fertility in an epic feminist fantasy.

DEVOLUTION by Max Brooks
THE WOMEN’S WAR by Jenna Glass
SALVATION by Peter F. Hamilton
INK & SIGIL by Kevin Hearne
A PLAGUE OF GIANTS by Kevin Hearne
THE VANISHED BIRDS by Simon Jimenez
THE SPACE BETWEEN WORDS by Micaiah Johnson
THE LAST HUMAN by Zack Jordan
MEXICAN GOTHIC by Silvia Moreno-Garcia
THE NOBODY PEOPLE by Bob Proehl
BONDS OF BRASS by Emily Skrutskie

Simon Jimenez is the author of The Vanished Birds. His short fiction has appeared in Canyon Voices and 100 Word Story's anthology of flash fiction, Nothing Short Of. He received his MFA from Emerson College.

Jenna Glass made her foray into epic fantasy with The Women's War, but she wrote her first book—an “autobiography”—when she was in the fifth grade. She began writing in earnest while in college and proceeded to collect a dizzying array of rejections for her first seventeen novels. Nevertheless, she persisted, and her eighteenth novel became her first commercial sale. Within a few years, Glass became a full-time writer, and she has never looked back. She has published more than twenty novels under various names.

Bob Proehl is the author of The Nobody People and A Hundred Thousand Worlds, a Booklist best book of the year. He has worked as a bookseller and programming director for Buffalo Street Books in Ithaca, New York, a DJ, a record store owner, and a bartender. He was a New York Foundation for the Arts Fellow in Fiction and a resident at the Saltonstall Arts Colony. His work has appeared on Salon, as part of the 33⅓ book series, and in American Short Fiction.

Micaiah Johnson was raised in California’s Mojave Desert surrounded by trees named Joshua and women who told stories. She received her bachelor of arts in creative writing from the University of California, Riverside, and her master of fine arts in fiction from Rutgers University–Camden. She now studies American literature at Vanderbilt University, where she focuses on critical race theory and automatons. 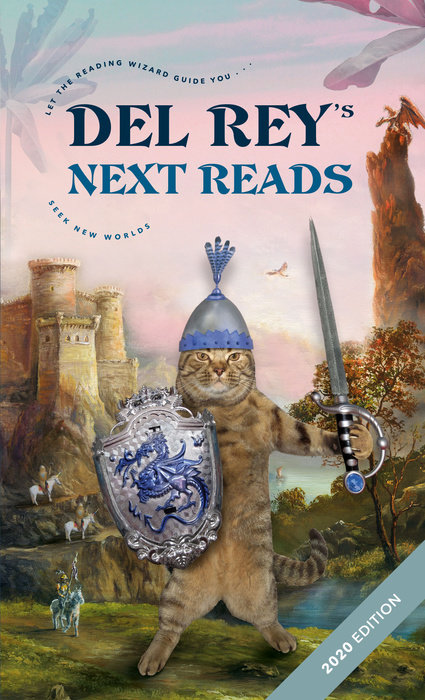