It was a dark time for the rebel alliance...Han Solo, frozen in carbonite, had been delivered into the hands of the vile gangster Jabba the Hutt. Determined to rescue him, Luke Skywalker, Princess Leia, and Lando Calrissian launched a hazardous mission against Jabba's Tatooine stronghold.
The Rebel commanders gathered all the warships of the Rebel fleet into a single giant armada. And Darth Vader and the Emperor, who had ordered construction to begin on a new and even more powerful Death Star, were making plans to crush the Rebel Alliance once and for all.

An excerpt from Return of the Jedi: Star Wars: Episode VI

OUTSIDE the small adobe hut, the sandstorm wailed like a beast in agony, refusing to die. Inside, the sounds were muted.

It was cooler in this shelter, more hushed, and darker. While the beast without howled, in this place of nuance and shadow a shrouded figure worked.

Tanned hands, holding arcane tools, extended from the sleeves of a caftanlike robe. The figure crouched on the ground, working. Before him lay a discoid device of strange design, wires trailing from it at one end, symbols etched into its flat surface. He connected the wired end to a tubular, smooth handle, pulled through an organic-looking connector, locked it in place with another tool. He motioned to a shadow in the corner; the shadow moved toward him.

Tentatively, the obscure form rolled closer to the robed figure. “Vrrrr-dit dweet?” the little R2 unit questioned timidly as it approached, pausing when it was just a foot from the shrouded man with the strange device.

The shrouded man motioned the droid nearer still. Artoo-Detoo scooted the last distance, blinking; and the hands raised toward his domed little head.

The fine sand blew hard over the dunes of Tatooine. The wind seemed to come from everywhere at once, typhooning in spots, swirling in devil-winds here, hovering in stillness there, without pattern or meaning.

A road wound across the desert plain. Its nature changed constantly, at one moment obscured by drifts of ochre sand, the next moment swept clean, or distorted by the heat of the shimmering air above it. A road more ephemeral than navigable; yet a road to be followed, all the same. For it was the only way to reach the palace of Jabba the Hutt.

Jabba was the vilest gangster in the galaxy. He had his fingers in smuggling, slave-trading, murder; his minions scattered across the stars. He both collected and invented atrocities, and his court was a den of unparalleled decay. It was said by some that Jabba had chosen Tatooine as his place of residence because only in this arid crucible of a planet could he hope to keep his soul from rotting away altogether—here the parched sun might bake his humor to a festering brine.

In any case, it was a place few of kind spirit even knew of, let alone approached. It was a place of evil, where even the most courageous felt their powers wilt under the foul gaze of Jabba’s corruption.

“Of course I’m worried,” See-Threepio fussed. “And you should be too. Poor Lando Calrissian never returned from this place. Can you imagine what they’ve done to him?”

The golden droid waded stiffly through a shifting sand hill, then stopped short, as Jabba’s palace suddenly loomed, suddenly dark, in the near distance. Artoo almost bumped into him, quickly skidding to the side of the road.

“Watch where you’re going, Artoo.” See-Threepio resumed walking, but more slowly, his little friend rolling along at his side. And as they went, he chattered on. “Why couldn’t Chewbacca have delivered this message? No, whenever there’s an impossible mission, they turn to us. No one worries about droids. Sometimes I wonder why we put up with it all.”

On and on he rambled, over the desolate final stretch of road, until at last they reached the gates to the palace: massive iron doors, taller than Threepio could see—part of a series of stone and iron walls, forming several gigantic cylindrical towers that seemed to rise out of a mountain of packed sand.

The two droids fearfully looked around the ominous door for signs of life, or welcome, or some sort of signaling device with which to make their presence known. Seeing nothing in any of those categories, See-Threepio mustered his resolve (which function had been programmed into him quite a long time earlier), knocked softly three times on the thick metal gate, then quickly turned around and announced to Artoo, “There doesn’t seem to be anyone here. Let’s go back and tell Master Luke.”

“Suddenly a small hatch opened in the center of the door. A spindly mechanical arm popped out, affixed to which a large electronic eyeball peered unabashedly at the two droids. The eyeball spoke.

Threepio stood erect, proud though his circuits quivered a bit. He faced the eye, pointed to Artoo, and then to himself. “Artoo Detoowha bo Seethreepiosha ey toota odd mischka Jabba du Hutt.”

The eye looked quickly from one robot to the other, then retracted back through the little window and slammed the hatch shut.

Threepio nodded. “I don’t think they’re going to let us in, Artoo. We’d better go.” He turned to leave, as Artoo beeped a reluctant four-tone.

At that, a horrific, grinding screech erupted, and the massive iron door slowly began to rise. The two droids looked at each other skeptically, and then into the yawning black cavity that faced them. They waited, afraid to enter, afraid to retreat.

From the shadows, the strange voice of the eye screamed at them: “Nudd chaa!”

Artoo beeped and rolled forward into the gloom. Threepio hesitated, then rushed after his stubby companion with a start. “Artoo wait for me!” They stopped together in the gaping passageway, as Threepio scolded: “You’ll get lost.”

The great door slammed shut behind them with a monumental crash that echoed through the dark cavern. For a moment the two frightened robots stood there without moving; then, haltingly, they stepped forward.

They were immediately joined by three large Gamorrean guards—powerful piglike brutes whose racial hatred of robots was well known. The guards ushered the two droids down the dark corridor without so much as a nod. When they reached the first half-lit hallway, one of them grunted an order. Artoo beeped a nervous query at Threepio.

“You don’t want to know,” the golden droid responded apprehensively. “Just deliver Master Luke’s message and get us out of here quick.”

Before they could take another step, a form approached them from the obscurity of a cross-corridor: Bib Fortuna, the inelegant major-domo of Jabba’s degenerate court. He was a tall, humanoid creature with eyes that saw only what was necessary, and a robe that hid all. Protruding from the back of his skull were two fat, tentacular appendages that exhibited prehensile, sensual, and cognitive functions at various times—which he wore either draped over his shoulders for decorative effect or, when the situation called for balance, hanging straight down behind him as if they were twin tails.

He smiled thinly as he stopped before the two robots. “Die wanna wanga.”

Threepio spoke up officially. “Die wanna wanaga. We bring a message to your master, Jabba the Hutt.” Artoo beeped a postscript, upon which Threepio nodded and added: “And a gift.” He thought about this a moment, looked as puzzled as it was possible for a droid to look, and whispered loudly to Artoo, “Gift, what gift?”

Bib shook his head emphatically. “Nee Jabba no badda. Me chaade su goodie.” He held out his hand toward Artoo.

The small droid backed up meekly, but his protest was lengthy. “bDooo EE NGrwrrr Op dbooDEEop!”

“Artoo, give it to him!” Threepio insisted. Sometimes Artoo could be so binary.

At this, though, Artoo became positively defiant, beeping and tooting at Fortuna and Threepio as if they’d both had their programs erased.

“Threepio nodded finally, hardly happy with Artoo’s answer. He smiled apologetically at Bib. “He says our master’s instructions are to give it only to Jabba himself.” Bib considered the problem a moment, as Threepio went on explaining. “I’m terribly sorry. I’m afraid he’s ever so stubborn about these things.” He managed to throw a disparaging yet loving tone into his voice, as he tilted his head toward his small associate.

Bib gestured for them to follow. “Nudd chaa.” He walked back into the darkness, the droids following close behind, the three Gamorrean guards lumbering along at the rear.

As See-Threepio descended into the belly of the shadow, he muttered quietly to the silent R2 unit, “Artoo, I have a bad feeling about this.” 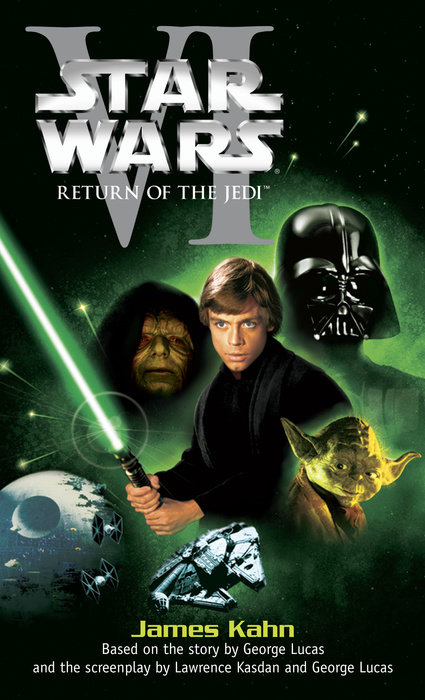