From the celebrated imagination of Dean Koontz comes a powerful reworking of one of the classic stories of all time. If you think you know the legend, you know only half the truth. Here is the mystery, the myth, the terror, and the magic of . . .

Every city has its secrets. But none as terrible as this. He is Deucalion, a tattooed man of mysterious origin, a sleight-of-reality artist who has traveled the centuries with a secret worse than death. He arrives in New Orleans as a serial killer stalks the streets, a killer who carefully selects his victims for the humanity that is missing in himself. Deucalion’s path will lead him to cool, tough police detective Carson O’Connor and her devoted partner, Michael Maddison, who are tracking the slayer but will soon discover signs of something far more terrifying: an entire race of killers who are much more–and less–than human and, deadliest of all, their deranged, near-immortal maker: Victor Helios–once known as Frankenstein.

An excerpt from Frankenstein: Prodigal Son

Deucalion seldom slept, but when he did, he dreamed. Every dream was a nightmare. None frightened him. He was the spawn of nightmares, after all; and he had been toughened by a life of terror.

During the afternoon, napping in his simple cell, he dreamed that a surgeon opened his abdomen to insert a mysterious, squirming mass. Awake but manacled to the surgical table, Deucalion could only endure the procedure.

After he had been sewn shut, he felt something crawling inside his body cavity, as though curious, exploring.
From behind his mask, the surgeon said, “A messenger approaches. Life changes with a letter.”

He woke from the dream and knew that it had been prophetic. He possessed no psychic power of a classic nature, but sometimes omens came in his sleep.

In these mountains of tibet, a fiery sunset conjured a mirage of molten gold from the glaciers and the snowfields. A serrated blade of Himalayan peaks, with Everest at its hilt, cut the sky.

Far from civilization, this vast panorama soothed Deucalion. For several years, he had preferred to avoid people, except for Buddhist monks in this windswept rooftop of the world.

Although he had not killed for a long time, he still harbored the capacity for homicidal fury. Here he strove always to suppress his darker urges, sought calm, and hoped to find true peace.

From an open stone balcony of the whitewashed monastery, as he gazed at the sun-splashed ice pack, he considered, not for the first time, that these two elements, fire and ice, defined his life.

At his side, an elderly monk, Nebo, asked, “Are you looking at the mountains—or beyond them, to what you left behind?”

Although Deucalion had learned to speak several Tibetan dialects during his lengthy sojourn here, he and the old monk often spoke English, for it afforded them privacy.

“I don’t miss much of that world. The sea. The sound of shore birds. A few friends. Cheez-Its.”

“Cheeses? We have cheese here.”

Deucalion smiled and pronounced the word more clearly than he’d done previously. “Cheez-Its are cheddar-flavored crackers. Here in this monastery we seek enlightenment, meaning, purpose . . . God. Yet often the humblest things of daily life, the small pleasures, seem to define existence for me. I’m afraid I’m a shallow student, Nebo.”

Pulling his wool robe closer about himself as wintry breezes bit, Nebo said, “To the contrary. Never have I had one less shallow than you. Just hearing about Cheez-Its, I myself am intrigued.”

A voluminous wool robe covered Deucalion’s scarred patchwork body, though even the harshest cold rarely bothered him.
The mandala-shaped Rombuk monastery—an architectural wonder of brick walls, soaring towers, and graceful roofs—clung precariously to a barren mountainside: imposing, majestic, hidden from the world. Waterfalls of steps spilled down the sides of the square towers, to the base of the main levels, granting access to interior courtyards.

Brilliant yellow, white, red, green, and blue prayer flags, representing the elements, flapped in the breeze. Carefully written sutras adorned the flags, so that each time the fabric waved in the wind, a prayer was symbolically sent in the direction of Heaven.

Despite Deucalion’s size and strange appearance, the monks had accepted him. He absorbed their teaching and filtered it through his singular experience. In time, they had come to him with philosophical questions, seeking his unique perspective.

They didn’t know who he was, but they understood intuitively that he was no normal man.

Deucalion stood for a long time without speaking. Nebo waited beside him. Time had little meaning in the clockless world of the monks, and after two hundred years of life, with perhaps more than that ahead of him, Deucalion often lived with no awareness of time.

Prayer wheels clicked, stirred by breezes. In a call to sunset prayer, one monk stood in the window of a high tower, blowing on a shell trumpet. Deep inside the monastery, chants began to resonate through the cold stone.

Deucalion stared down into the canyons full of purple twilight, east of the monastery. From some of Rombuk’s windows, one might fall more than a thousand feet to the rocks.

Out of that gloaming, a distant figure approached.
“A messenger,” he said. “The surgeon in the dream spoke truth.”
The old monk could not at first see the visitor. His eyes, the color of vinegar, seemed to have been faded by the unfiltered sun of extreme altitude. Then they widened. “We must meet him at the gates.”

Salamanders of torchlight crawled the ironbound beams of the main gate and the surrounding brick walls.
Just inside the gates, standing in the open-air outer ward, the messenger regarded Deucalion with awe. “Yeti,” he whispered, which was the name that the Sherpas had coined for the abominable snowman.

Words escaping him on plumes of frosted breath, Nebo said, “Is it custom now to precede a message with a rude remark?”

Having once been pursued like a beast, having lived two hundred years as the ultimate outsider, Deucalion was inoculated against all meanness. He was incapable of taking offense.

“Were I a yeti,” he said, speaking in the messenger’s language, “I might be as tall as this.” He stood six feet six. “I might be muscled this solidly. But I would be much hairier, don’t you think?”

“A yeti never shaves.” Leaning close, as if imparting a secret, Deucalion said, “Under all that hair, a yeti has very sensitive skin. Pink, soft . . . quick to take a rash from a razor blade.”

Summoning courage, the messenger asked, “Then what are you?”

“Big Foot,” Deucalion said in English, and Nebo laughed, but the messenger did not understand.
Made nervous by the monk’s laughter, shivering not only because of the icy air, the young man held out a scuffed goatskin packet knotted tightly with a leather thong. “Here. Inside. For you.”

Deucalion curled one powerful finger around the leather thong, snapped it, and unfolded the goatskin wrapping to reveal an envelope inside, a wrinkled and stained letter long in transit.

The return address was in New Orleans. The name was that of an old and trusted friend, Ben Jonas.

Still glancing surreptitiously and nervously at the ravaged half of Deucalion’s face, the messenger evidently decided that the company of a yeti would be preferable to a return trip in darkness through the bitter-cold mountain pass. “May I have shelter for the night?”

“Anyone who comes to these gates,” Nebo assured him, “may have whatever he needs. If we had them, I would even give you Cheez-Its.”

From the outer ward, they ascended the stone ramp through the inner gate. Two young monks with lanterns arrived as if in answer to a telepathic summons to escort the messenger to guest quarters.

In the candlelit reception hall, in an alcove that smelled of sandalwood and incense, Deucalion read the letter. Ben’s handwritten words conveyed a momentous message in neatly penned blue ink.

Kevin J. Anderson is the author of the Star Wars: Jedi Academy trilogy, the Star Wars novel, Darksaber, and the comic series The Sith War for Dark Horse comics and the science fiction novel Blindfold. He has edited several Star Wars anthologies, including Tales From The Mos Eisley Cantina. He is a New York Times bestselling author and lives in California with his wife, Rebecca Moesta. 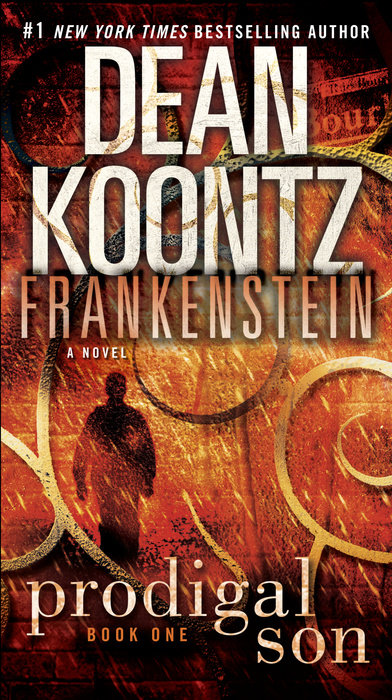