Horror has a new name: Daphne. A brutal, enigmatic woman stalks a high school basketball team in a reimagining of the slasher genre by the New York Times bestselling author of Bird Box.

“A superb serial killer novel and a great coming-of-age story.”—Gabino Iglesias, author of The Devil Takes You Home

But the night before the big game, one of the players tells a ghost story about Daphne, a girl who went to their school many years ago and died under mysterious circumstances. Some say she was murdered, others that she died by her own hand. And some say that Daphne is a murderer herself. They also say that Daphne is still out there, obsessed with revenge, and will appear to kill again anytime someone thinks about her.

After Kit hears the story, her teammates vanish, one by one, and Kit begins to suspect that the stories about Daphne are real . . . and to fear that her own mind is conjuring the killer. Now it’s a race against time as Kit searches for the truth behind the legend and learns to face her own fears—before the summer of her lifetime becomes the last summer of her life.

Mixing a nostalgic coming-of-age story and an instantly iconic female villain with an innovative new vision of classic horror, Daphne is an unforgettable thriller as only Josh Malerman could imagine it.

An excerpt from Daphne

A tie game with summer-­league rivals, friends and family in the bleachers, the ball in your hand at the free-­throw line, is no time to ask the rim a question. Yet that’s what Kit Lamb does. Even as she lifts the ball, elbow in, left hand supporting, even as it seems like nothing could chop her focus, and nothing has yet, not in this game, not even when she made the and-­one that led to this moment. A question for the rim:

Kit almost laughs as she releases the ball. There’s a hitch in the shot to be sure. She’s embarrassed of her own question, even if nobody else could’ve heard.

The ball leaves her fingertips, the gym is haunted-­house quiet. But the question remains suspended in her head. And with it, the image of the woman Daphne, Kit’s own idea of her, the horrid centerpiece of Natasha Manksa’s Samhattan myth; Daphne in denim, Daphne with patches, Daphne the madwoman who smells of smoke and whiskey.

The ball goes through the net.

So, that’s a yes. An answer Kit doesn’t have time to think about right now.

Chaps inbounds quick from the baseline, but one second is not enough for their star forward to get off a full-­court shot.

Kit is mobbed by her teammates. So many howling voices, so much love. None louder than Dana, who is as sweaty as Kit; Dana, who shot a meager one for eleven but got the steal that led to Kit’s game-­winning three-­point play.

Kit can’t stop smiling. As they lift her up, as friends and schoolmates rush the floor. As music explodes through the gymnasium PA.

Even as she worries too.

For Kit Lamb, success never feels entirely true. In moments when she’s supposed to be the winner, it’s more like she’s in a theatrical reproduction of someone else’s victory.

“LE-­GEND!” the other ballers shout.

She can see the players from Chaps on their knees, yes, heads hanging, yes. But did this really happen? Did she hit the game-­winning free throw with one second to play?

“Holy shit,” she says, rising up now on the shoulders of her teammates, her best friends. “Holy shit!”

It’s all becoming real now. The inviolability of this moment. It’s replaying behind her eyes. Or, rather, before them, as if she’s home, watching the triumphant sequence on SportsCenter. Who cares if there’s less than forty people in the gym?

Who cares about absolutely anything else in the entire world?

“Legend!” Dana shouts again. Her visage: ardent mirth. Other girls pick up the shout. Even the parents holler. Kit’s own looked happily stunned. They even look a little younger. Coach Wanda steps before them and nods Kit’s way just as she’s interrupted: she’s gotta shake the hand of Chaps’s head coach. Wanda stresses this all the time: sportsmanship. No matter how much it hurts. But Kit is impressed her coach acknowledged decorum when it feels this good.

Who can think of anything else?

The lights look particularly bright in the rafters. The gym feels like a mecca. A heaven. Nirvana. Kit has arrived somewhere. No, she doesn’t think this means she’ll be playing in the WNBA (though the vision does cross her mind; Betnijah Laney seeing this shot, Sue Bird winking); rather, she’s fantasized about this exact scenario a hundred thousand times, as Coach Wanda made the girls shoot free throws after every practice, at their most tired, at their worst, like they would be in a game. The place Kit has arrived is not a location but a goal: she is living a fantasy, and the fantasy is no longer that.

This is true. Every bit of it.

And so maybe it’s not so improbable, after all, thinking of something else.

Everybody is saying it, in rhythm, a chant. Le-­gend. As if Kit Lamb at the free-­throw line will one day be immortalized in stained glass high up the brick walls of the Samhattan High School gymnasium. The communal word echoes off the ceiling, curls out those open windows, circles Kit’s head like cartoon birds in a dream.

Like the legend of Daphne, told to the ballers last night, in the dark of Dana’s living room. Almost the entire team slept there to ensure nobody would stay up too late before the big game, yet wasn’t it Natasha’s story of the Woman Who Could Not Be Killed, the lumbering seven-­foot colossus in denim, wasn’t it that very story that kept Kit up all night, eyeing the darkness, thinking the very question she would eventually ask the rim at the free-­throw line tonight?

Smiling (tempered now, though, and do her best friends notice?), she tries to remember a phrase she saw online, wrote down in her journal. Strong words that, she’s long hoped, might deter the next all-­out panic attack.

“Why are you thinking about that?” she asks herself.

No, this is not the time to be thinking about panic. Anxiety. Fear.

But she’s asked it. And, despite the cacophony in here, she heard herself ask it.

And the tremble she heard in her voice reminds her of the first she ever heard there:

The night she called 911 on herself.

She looks to the gym doors. Sees they’re closed. Okay. She breathes a little better. Why? She doesn’t know. A feeling. Security. Nobody can get in without opening a door first. She looks to her friends below. Glad for the people she sees. Checks for another. One she might not know.

“Aren’t you so happy right now?” Natasha now asks. She’s holding up Kit’s right leg. Natasha hasn’t made a basket all year. Natasha is one of the funniest people Kit knows. That’s why hearing her tell that story last night was so unsettling.

Nothing funny about that one.

“Easy,” Coach Wanda says, stepping into the crush of players (and friends now, right? Yes, Kit recognizes their faces, all of them; good). Coach extends a hand up to Kit. “Heck of a shot, Lamb.”

The rim has never lied to Kit. Not once.

And here the rim said yes.

Coach Wanda is trying to get the girls to stop swearing, but it’s no use. Kit Lamb just hit the f***ing game-­winning free throw with a second to go on the holy-­shit clock.

Let the ballers howl. Let them shout legend till they’re blue in the face.

Kit thinks of that, blue in the face, as the world continues to blur with excitement. She thinks of Natasha’s story, the seven-­footer named Daphne dying in her car, parked in her own garage, her bare hands gripping the wheel long after she died.

They say Samhattan’s paramedics pried those fingers loose with wrenches.

Kit looks to the doors. One is open.

She might. She knows this amplification well. It comes unannounced, of course. Nobody hears a panic attack coming. Not until it’s too close to dodge.

“You stole the ball!” she calls back. And Dana makes a muscle with one arm. It’s funny. Kit should remember it forever. Will she? Or will her memory of this night always be centered on the anxiety she feels, held high in the sky on the shoulders of soulmates?

She wants to cry. So much triumph. So much love.

It’s the nature of panic that it is believed by the sufferer. Kit’s never read about somebody avoiding an attack by telling themselves they’d gotten through the last one.

“Okay, let me down,” Kit says. Not loud enough for her friends to hear. There’s heat at the base of her neck. Always the place it begins.

She looks to Dana. To Natasha. To Coach Wanda. To the doors. To those windows high up the brick walls.

No. She refuses to let this question continue.

Josh Malerman is a New York Times bestselling author and one of two singer-songwriters for the rock band The High Strung. His debut novel, Bird Box, is the inspiration for the hit Netflix film of the same name. His other novels include Unbury Carol, Inspection, A House at the Bottom of a Lake, Daphne, and Malorie, the sequel to Bird Box. Malerman lives in Michigan with his fiancée, the artist-musician Allison Laakko. 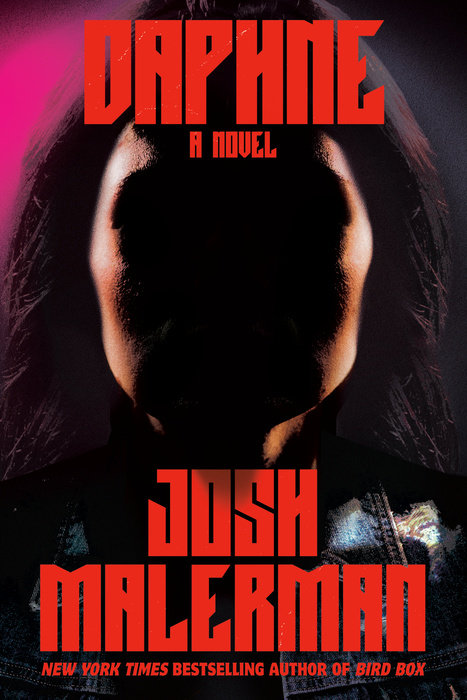