Graceful and lovely Lady Audley may not be all that she seems in this Victorian-era equivalent of Gillian Flynn’s Gone Girl—with an introduction by Flynn Berry, the Edgar Award–winning author of Under the Harrow and A Double Life

Lady Audley is young, beautiful, and universally adored. Everyone comments on her sweet nature and her perfect marriage to the wealthy and aristocratic Sir Michael Audley. Sir Michael’s nephew Robert is equally struck by his new aunt’s angelic ways—until he notices the strange, terrifying effect Lady Audley has on his friend George Talboys. When George mysteriously vanishes, Robert is convinced that Lady Audley is neither as innocent nor as helpless as she appears, and he sets out to discover what secrets lie in Lady Audley’s past.

A bestseller when it was first published in 1862, Lady Audley’s Secret shocked readers because it dared to suggest that beneath a perfect surface a woman might be willing to lie, con, and even kill for the life she wanted.

An excerpt from Lady Audley's Secret

It lay low down in a hollow, rich with fine old timber and luxuriant pastures; and you came upon it through an avenue of limes, bordered on either side by meadows, over the high hedges of which the cattle looked inquisitively at you as you passed, wondering, perhaps, what you wanted; for there was no thoroughfare, and unless you were going to the Court you had no business there at all.

At the end of this avenue there was an old arch and a clock-­tower, with a stupid, bewildering clock, which had only one hand; and which jumped straight from one hour to the next, and was therefore always in extremes. Through this arch you walked straight into the gardens of Audley Court.

A smooth lawn lay before you, dotted with groups of rhododendrons, which grew in more perfection here than anywhere else in the county. To the right there were the kitchen gardens, the fish-­pond, and an orchard bordered by a dry moat, and a broken ruin of a wall, in some places thicker than it was high, and everywhere overgrown with trailing ivy, yellow stonecrop, and dark moss. To the left there was a broad gravelled walk, down which, years ago, when the place had been a convent, the quiet nuns had walked hand in hand; a wall bordered with espaliers, and shadowed on one side by goodly oaks, which shut out the flat landscape, and circled in the house and gardens with a darkening shelter.

The house faced the arch, and occupied three sides of a quadrangle. It was very old, and very irregular and rambling. The windows were uneven; some small, some large, some with heavy stone mullions and rich stained glass; others with frail lattices that rattled in every breeze; others so modern that they might have been added only yesterday. Great piles of chimneys rose up here and there behind the pointed gables, and seemed as if they were so broken down by age and long service, that they must have fallen but for the straggling ivy which, crawling up the walls and trailing even over the roof, wound itself about them and supported them. The principal door was squeezed into a corner of a turret at one angle of the building, as if it was in hiding from dangerous visitors, and wished to keep itself a secret—­a noble door for all that—­old oak, and studded with great square-­headed iron nails, and so thick that the sharp iron knocker struck upon it with a muffled sound; and the visitor rang a clanging bell that dangled in a corner amongst the ivy, lest the noise of the knocking should never penetrate the stronghold.

A glorious old place—­a place that visitors fell into raptures with; feeling a yearning wish to have done with life, and to stay there for ever, staring into the cool fish-­ponds, and counting the bubbles as the roach and carp rose to the surface of the water—­ a spot in which Peace seemed to have taken up her abode, setting her soothing hand on every tree and flower; on the still ponds and quiet alleys; the shady corners of the old-­fashioned rooms; the deep window-­seats behind the painted glass; the low meadows and the stately avenues—­ay, even upon the stagnant well, which, cool and sheltered as all else in the old place, hid itself away in a shrubbery behind the gardens, with an idle handle that was never turned, and a lazy rope so rotten that the pail had broken away from it, and had fallen into the water.

A noble place; inside as well as out, a noble place—­a house in which you incontinently lost yourself if ever you were so rash as to go about it alone; a house in which no one room had any sympathy with another, every chamber running off at a tangent into an inner chamber, and through that down some narrow staircase leading to a door which, in its turn, led back into that very part of the house from which you thought yourself the farthest; a house that could never have been planned by any mortal architect, but must have been the handiwork of that good old builder—­Time, who, adding a room one year, and knocking down a room another year, toppling over now a chimney coeval with the Plantagenets, and setting up one in the style of the Tudors; shaking down a bit of Saxon wall there, and allowing a Norman arch to stand here; throwing in a row of high narrow windows in the reign of Queen Anne, and joining on a dining-­room after the fashion of the time of Hanoverian George I to a refectory that had been standing since the Conquest, had contrived, in some eleven centuries, to run up such a mansion as was not elsewhere to be met with throughout the county of Essex. Of course, in such a house, there were secret chambers: the little daughter of the present owner, Sir Michael Audley, had fallen by accident upon the discovery of one. A board had rattled under her feet in the great nursery where she played, and on attention being drawn to it, it was found to be loose, and so removed, revealing a ladder leading to a hiding-­place between the floor of the nursery and the ceiling of the room below—­a hiding-­place so small that he who hid there must have crouched on his hands and knees or lain at full length, and yet large enough to contain a quaint old carved oak chest half filled with priests’ vestments which had been hidden away, no doubt, in those cruel days when the life of a man was in danger if he was discovered to have harboured a Roman Catholic priest, or to have had mass said in his house.

The broad outer moat was dry and grass-­grown, and the laden trees of the orchard hung over it with snarled straggling branches that drew fantastical patterns upon the green slope. Within this moat there was, as I have said, the fish-­pond—­a sheet of water that extended the whole length of the garden, and bordering which there was an avenue called the lime-­tree walk; an avenue so shaded from the sun and sky, so screened from observation by the thick shelter of the over-­arching trees, that it seemed a chosen place for secret meetings or for stolen interviews; a place in which a conspiracy might have been planned or a lover’s vow registered with equal safety; and yet it was scarcely twenty paces from the house.

At the end of this dark arcade there was the shrubbery, where, half buried amongst the tangled branches and the neglected weeds, stood the rusty wheel of that old well of which I have spoken. It had been of good service in its time, no doubt; and busy nuns have perhaps drawn the cool water with their own fair hands; but it had fallen with disuse now, and scarcely any one at Audley Court knew whether the spring had dried up or not. But sheltered as was the solitude of this lime-­tree walk, I doubt very much if it was ever put to any romantic uses. Often in the cool of the evening Sir Michael Audley would stroll up and down smoking his cigar, with his dog at his heels, and his pretty young wife dawdling by his side; but in about ten minutes the baronet and his companion would grow tired of the rustling limes and the still water, hidden under the spreading leaves of the water-­lilies, and the long green vista with the broken well at the end, and would stroll back to the white drawing-­room, where my lady played dreamy melodies by Beethoven and Mendelssohn till her husband fell asleep in his easy chair.

Sir Michael Audley was fifty-­six years of age, and he had married a second wife three months after his fifty-­fifth birthday. He was a big man, tall and stout, with a deep sonorous voice, handsome black eyes, and a white beard—­a white beard which made him look venerable against his will, for he was as active as a boy, and one of the hardest riders in the county. For seventeen years he had been a widower with an only child, a daughter, Alicia Audley, now eighteen, and by no means too well pleased at having a step-­mother brought home to the Court; for Miss Alicia had reigned supreme in her father’s house since her earliest childhood, and had carried the keys, and jingled them in the pockets of her silk aprons, and lost them in the shrubbery, and dropped them into the pond, and given all manner of trouble about them from the hour in which she entered her teens, and had on that account deluded herself into the sincere belief that for the whole of that period she had been keeping house.

But Miss Alicia’s day was over; and now, when she asked anything of the housekeeper, the housekeeper would tell her that she would speak to my lady, or she would consult my lady, and if my lady pleased it should be done. So the baronet’s daughter, who was an excellent horsewoman and a very clever artist, spent most of her time out of doors, riding about the green lanes, and sketching the cottage children, and the ploughboys, and the cattle, and all manner of animal life that came in her way. She set her face with a sulky determination against any intimacy between herself and the baronet’s young wife; and amiable as that lady was, she found it quite impossible to overcome Miss Alicia’s prejudices and dislike; or to convince the spoiled girl that she had not done her a cruel injury in marrying Sir Michael Audley. 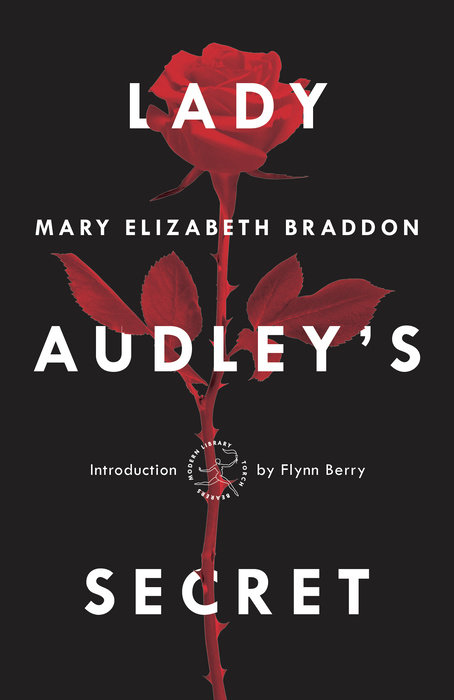