A rediscovered classic about how racism and sexism tests the spirit, ambition, and character of three children growing up in Hell’s Kitchen and Harlem, from the literary editor of The Crisis, the official magazine of the NAACP

Set in early-twentieth-century New York City, There Is Confusion tells the story of three Black children: Joanna Marshall, a talented dancer willing to sacrifice everything for success; Maggie Ellersley, an extraordinarily beautiful girl determined to leave her working-class background behind; and Peter Bye, a clever would-be surgeon who is driven by his love for Joanna.

As children, Maggie, Joanna, and Peter support one another’s dreams, but as young adults,romance threatens to upset the balance of their friendship. One afternoon, Joanna makes two irrevocable decisions—and sets off a chain of events that wreaks havoc with all of their lives.

First published to immense critical acclaim in 1924, written with an Austen-like eye for social dynamics, There Is Confusion is an unjustly forgotten classic that celebrates Black ambition, love, and the struggle for equality.

AMERICAN INDIAN STORIES • THE AWAKENING • THE CUSTOM OF THE COUNTRY • THE HEADS OF CERBERUS • LADY AUDLEY’S SECRET • LOVE, ANGER, MADNESS • PASSING • THE TRANSFORMATION OF PHILIP JETTAN • VILLETTE • THERE IS CONFUSION • THE SELECTED POEMS OF EDNA ST. VINCENT MILLAY

An excerpt from There Is Confusion

Joanna’s first consciousness of the close understanding which existed between herself and her father dated back to a time when she was very young. Her mother, her brothers and her sister had gone to church, and Joanna, suffering from some slight childish complaint, had been left home. She had climbed upon her father’s knee demanding a story.

“What sort of story?” Joel Marshall asked, willing and anxious to please her, for she was his favorite child.

“Story ’bout somebody great, Daddy. Great like I’m going to be when I get to be a big girl.”

He stared at her amazed and adoring. She was like a little, living echo out of his own forgotten past. Joel Marshall, born a slave and the son of a slave in Richmond, Virginia, had felt as a little boy that same impulse to greatness.

“As a little tyke,” his mother used to tell her friends, “he was always pesterin’ me: ‘Mammy, I’ll be a great man some day, won’t I? Mammy, you’re gonna help me to be great?’

“But that was a long time ago, just a year or so after the war,” said Mammy, rocking complacently in her comfortable chair. “How wuz I to know he’d be a great caterer, feedin’ bank presidents and everything? Once you know they had him fix a banquet fur President Grant. Sent all the way to Richmond fur ’im. That’s howcome he settled yere in New York; yassuh, my son is sure a great man.”

But alas for poor Joel! His idea of greatness and his Mammy’s were totally at variance. The kind of greatness he had envisaged had been that which gets one before the public eye, which makes one a leader of causes, a “man among men.” He loved such phrases! At night the little boy in the tiny half-story room in that tiny house in Virginia picked out the stories of Napoleon, Lincoln and Garrison, all white men, it is true; but Lincoln had been poor and Napoleon unknown and yet they had risen to the highest possible state. At least he could rise to comparative fame. And when he was older and came to know of Frederick Douglass and Toussaint L’Ouverture, he knew if he could but burst his bonds he, too, could write his name in glory.

This was no selfish wish. If he wanted to be great he also wanted to do honestly and faithfully the things that bring greatness. He was to that end dependable and thorough in all that he did, but even as a boy he used to feel a sick despair,—he had so much against him. His color, his poverty, meant nothing to his ardent heart; those were nature’s limitations, placed deliberately about one, he could see dimly, to try one’s strength on. But that he should have a father broken and sickened by slavery who lingered on and on! That after that father’s death the little house should burn down!

He was fifteen when that happened and he and his mother both went to work in the service of Harvey Carter, a wealthy Virginian, whose wife entertained on a large scale. It was here that Joel learned from an expert chef how to cook. His wages were small even for those days, but still he contrived to save, for he had set his heart on attending a theological seminary. Some day he would be a minister, a man with a great name and a healing tongue. These were the dreams he dreamed as he basted Mrs. Carter’s chickens or methodically mixed salad dressing.

His mother knew his ideas and loved them with such a fine, albeit somewhat uncomprehending passion and belief, that in grateful return he made her the one other consideration of his life, weaving unconsciously about himself a web of such loyalty and regard for her that he could not have broken through it if he would. Her very sympathy defeated his purpose. So that when she, too, fell ill on a day with what seemed for years an incurable affection, Joel shut his teeth and put his frustrated plans behind him.

He drew his small savings from the bank and rented a tiny two and a half room shack in the front room of which he opened a restaurant,—really a little lunchstand. He was patronized at first only,—and that sparingly—by his own people. But gradually the fame of his wonderful sandwiches, his inimitable pastries, his pancakes, brought him first more black customers, then white ones, then outside orders. In five years’ time Joel’s catering became known state wide. He conquered poverty and came to know the meaning of comfort. The Grant incident created a reputation for him in New York and he was shrewd enough to take advantage of it and move there.

Ten years too late old Mrs. Marshall was pronounced cured by the doctors. She never understood what her defection had cost her son. His material success, his position in the church, in the community at large and in the colored business world,—all these things meant “power.” To her, her son was already great. Joel did not undertake to explain to her that his lack of education would be a bar forever between him and the kind of greatness for which his heart had yearned.

It was after he moved to New York and after the death of his mother that Joel married. His wife had been a school teacher, and her precision of language and exactitude in small matters made Joel think again of the education and subsequent greatness which were to have been his. His wife was kind and sweet, but fundamentally unambitious, and for a time the pleasure of having a home and in contrasting these days of ease with the hardships of youth made Joel somewhat resigned to his fate.

“Besides, it’s too late now,” he used to tell himself. “What could I be?” So he contented himself with putting by his money, and attending church, where he was a steward and really the unacknowledged head.

His first child brought back the old keen longing. It was a boy and Joel, bending over the small, warm, brown bundle, felt a gleam of hope. He would name it Joel and would instil, or more likely, stimulate the ambition which he felt must be already in that tiny brain. But his wife wouldn’t hear of the name Joel.

“It’s hard enough for him to be colored,” she said jealously guarding her young, “and to call him a stiff old-fashioned name like that would finish his bad luck. I am going to name him Alexander.”

Alec, as he was usually called, did not resemble his father in the least. He was the average baby and the average boy, interested in marbles, in playing hookey, in parachutes, but with no determination to be a dark Napoleon or a Frederick Douglass. Two other children, Philip and Sylvia, resembled him, and Joel Marshall, now a man of forty, gave up his old ideas completely and decided to be a good business man, husband and father; not a bad decision if he had but known it.

Then Joanna came; Joanna with a fluff of thick, black hair, and solemn, earnest eyes and an infinite capacity for spending long moments in thought. “She’s like you, Joel,” Mrs. Marshall said. And because the novelty of choosing names for babies had somewhat worn off, she made no objection to the name Joanna, which Joel hesitatingly proposed for her. “She certainly should have been named for you,” the mother told him a month later; “see how she follows you with her eyes. She’d rather watch you than eat.”

And indeed from the very beginning Joanna showed her preference for her father. The two seemed to have a secret understanding. After the first child, Mrs. Marshall had fretted somewhat over the time and strength expended in caring for the other little Marshalls, but she never had any occasion to worry about Joanna. Joel had his office in his residence, and after Joanna was dressed and fed, all she wanted was to lie in her carriage and later to ride about on the kiddie-car of that day in her father’s office, where she watched him with her solemn eyes.

Joel never forgot the first time she asked him for a story. He was in the habit of regaling his youngsters with tales of his early life, of himself, of boys who had grown up with him, of ball-games and boyish pranks. The three older children had a fine catholicity of taste. “Tell us a story,” was all they asked, its subject made no difference to them.

But on that certain Sunday before Joanna was five years old she perched herself on her father’s knee and commanded astoundingly:

“Tell me a story, Daddy, ’bout somebody great.”

Joel didn’t know what she meant at first, so far removed was he from the thought of his old dream. And yet the question did seem something like an echo, faint but recognizable of a longing that had once loomed large in his life.

“Great,” he repeated. “How do you mean great, Baby? Tall, great big man, like Daddy, hey?” He stood six feet and was broad with it.

Joanna shook a dissenting head. “No, not great that way. I want to hear about a man who did things nobody else could do,—maybe he put out a fire,” she ended doubtfully, “but I mean something greater than that.”

Joel had her taught to read after that. She was a little frail for school, and did not start until later than the other children, though she was far the most studious. So she had three or four years of solid reading, and always her choice of subject was of some one who had overcome obstacles and so stood out beyond his fellows. 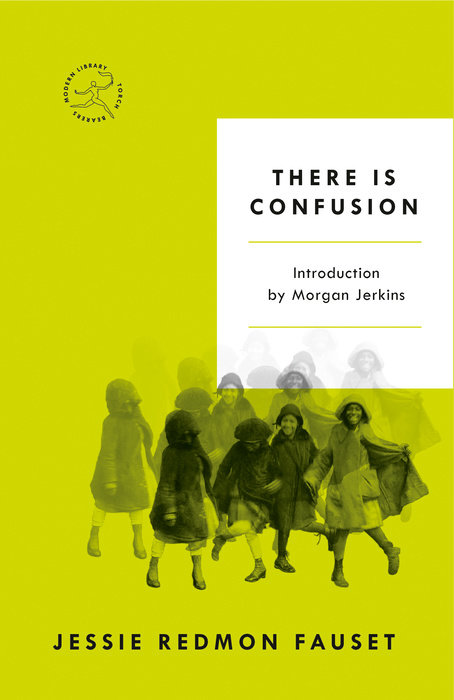