A rediscovered classic of linked short stories set in San Francisco’s Chinatown, by the first published Asian American fiction writer—with an introduction by C Pam Zhang, bestselling author of How Much of These Hills Is Gold

In this rediscovered classic of linked short stories set in San Francisco’s Chinatown, Sui Sin Far portrays Chinese immigrants as they fall in love, encounter racism, and wrestle with their new Americanized identities—decades before writers like Maxine Hong Kingston and Amy Tan.

By turns tender and dramatic, Mrs. Spring Fragrance tells of the Chinese women and men as they confront prejudice and forced detention; choose to assimilate or stay true to their cultural heritage; meet both kind and predatory Americans; and find love, purpose, and understanding in their new home.

These stories are windows into the lives of everyday people in an unforgiving city, who find solidarity and hope in the most unexpected places.

An excerpt from Mrs. Spring Fragrance

Next door to the Spring Fragrances lived the Chin Yuens. Mrs. Chin Yuen was much older than Mrs. Spring Fragrance; but she had a daughter of eighteen with whom Mrs. Spring Fragrance was on terms of great friendship. The daughter was a pretty girl whose Chinese name was Mai Gwi Far (a rose) and whose American name was Laura. Nearly everybody called her Laura, even her parents and Chinese friends. Laura had a sweetheart, a youth named Kai Tzu. Kai Tzu, who was American-­born, and as ruddy and stalwart as any young Westerner, was noted, amongst baseball players, as one of the finest pitchers on the Coast. He could also sing, “Drink to me only with thine eyes,” to Laura’s piano accompaniment.

Now the only person who knew that Kai Tzu loved Laura and that Laura loved Kai Tzu, was Mrs. Spring Fragrance. The reason for this was that, although the Chin Yuen parents lived in a house furnished in American style, and wore American clothes, yet they religiously observed many Chinese customs, and their ideals of life were the ideals of their Chinese forefathers. Therefore, they had betrothed their daughter, Laura, at the age of fifteen, to the eldest son of the Chinese Government schoolteacher in San Francisco. The time for the consummation of the betrothal was approaching.

“I had such a pretty walk today,” said she. “I crossed the banks above the beach and came back by the long road. In the green grass the daffodils were blowing, in the cottage gardens the currant bushes were flowering, and in the air was the perfume of the wallflower. I wished, Laura, that you were with me.”

Laura burst into tears. “That is the walk,” she sobbed, “Kai Tzu and I so love; but never, ah, never, can we take it together again.”

“Now, Little Sister,” comforted Mrs. Spring Fragrance, “you ­really must not grieve like that. Is there not a beautiful American poem written by a noble American named Tennyson, which says:

Than never to have loved at all?”

Mrs. Spring Fragrance was unaware that Mr. Spring Fragrance, having returned from the city, tired with the day’s business, had thrown himself down on the bamboo settee on the veranda, and that although his eyes were engaged in scanning the pages of the Chinese World, his ears could not help receiving the words which were borne to him through the open window.

Than never to have loved at all,”

repeated Mr. Spring Fragrance. Not wishing to hear more of the secret talk of women, he arose and sauntered around the veranda to the other side of the house. Two pigeons circled around his head. He felt in his pocket for a lychee which he usually carried for their pecking. His fingers touched a little box. It contained a jadestone pendant, which Mrs. Spring Fragrance had particularly admired the last time she was downtown. It was the fifth anniversary of Mr. and Mrs. Spring Fragrance’s wedding day.

Mr. Spring Fragrance pressed the little box down into the depths of his pocket.

A young man came out of the back door of the house at Mr. Spring Fragrance’s left. The Chin Yuen house was at his right.

“Will you please tell me,” said Mr. Spring Fragrance, “the meaning of two lines of an American verse which I have heard?”

“Certainly,” returned the young man with a genial smile. He was a star student at the University of Washington, and had not the slightest doubt that he could explain the meaning of all things in the universe.

“Well,” said Mr. Spring Fragrance, “it is this:

Than never to have loved at all.”

“Ah!” responded the young man with an air of profound wisdom. “That, Mr. Spring Fragrance, means that it is a good thing to love anyway—­even if we can’t get what we love, or, as the poet tells us, lose what we love. Of course, one needs experience to feel the truth of this teaching.”

The young man smiled pensively and reminiscently. More than a dozen young maidens “loved and lost” were passing before his mind’s eye.

“The truth of the teaching!” echoed Mr. Spring Fragrance, a little testily. “There is no truth in it whatever. It is disobedient to reason. Is it not better to have what you do not love than to love what you do not have?”

“That depends,” answered the young man, “upon temperament.”

“I thank you. Good evening,” said Mr. Spring Fragrance. He turned away to muse upon the unwisdom of the American way of looking at things.

Meanwhile, inside the house, Laura was refusing to be comforted.

“Ah, no! no!” cried she. “If I had not gone to school with Kai Tzu, nor talked nor walked with him, nor played the accompaniments to his songs, then I might consider with complacency, or at least without horror, my approaching marriage with the son of Man You. But as it is—­oh, as it is—­!”

The girl rocked herself to and fro in heartfelt grief.

Mrs. Spring Fragrance knelt down beside her, and clasping her arms around her neck, cried in sympathy:

“Little Sister, oh, Little Sister! Dry your tears—­do not despair. A moon has yet to pass before the marriage can take place. Who knows what the stars may have to say to one another during its passing? A little bird has whispered to me—­” 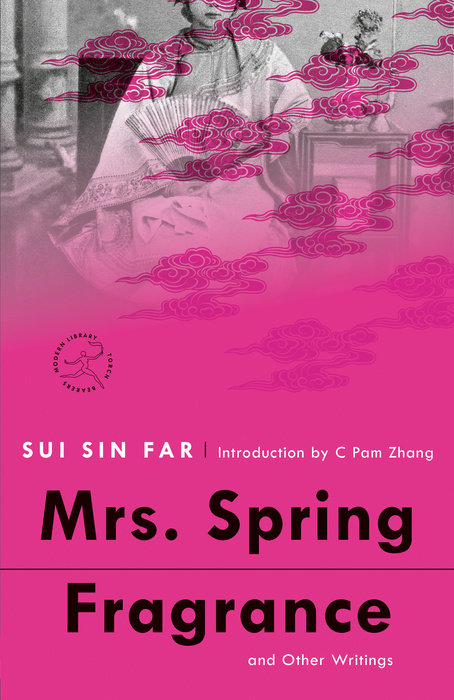